SEOUL, Sept. 17 (Yonhap) -- Kia Motors Corp., South Korea's second-biggest carmaker, said Thursday it has suspended two of its domestic plants as at least eight workers have been confirmed to have contracted the coronavirus.

"As of 3:30 p.m., nine assembly line workers were confirmed to have been infected with the virus," he said.

The company is expected to suffer some production losses if the plant's suspension continues for several days. The two plants in Gwangmyeong have a combined capacity of 320,000 units a year. 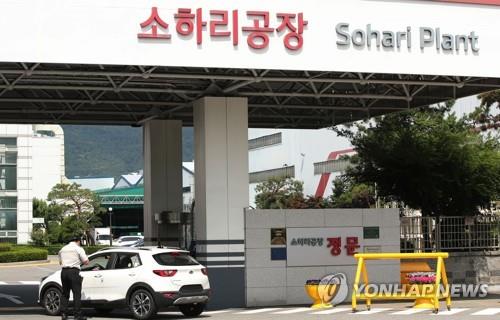