In a speech at the DMZ Forum 2020 broadcast online, Lee also expressed hope that the world's most fortified border between the two Koreas could be turned into an "international peace zone" by bolstering cross-border exchanges and cooperation.

"If the South and the North set up a joint disaster control system in the DMZ, it could contribute to protecting the safety of people by swiftly coping with flooding, damage from blight and harmful insects, forest fires and others," Lee said.

"(It) could also bring in people to slow-developing border regions and get the peace engine up and running if roads and railways are connected," he added.

Lee stressed that the DMZ could turn into an international peace zone that would demonstrate peace and the historical meaning of the region to the world.

"To that end, the government will push to resume humanitarian and other exchanges and cooperation (with the North)," he said.

The 250-kilometer-long and 4-km-wide DMZ serves as a buffer zone between the two Koreas, which remain technically in a state of war since the 1950-53 Korean War ended in a truce, not a peace treaty.

Since his inauguration in July, Lee has sought to bring stalled inter-Korean relations back on track by seeking a "small-scale" approach to resume cross-border exchanges and cooperation, especially in areas not subject to global sanctions. 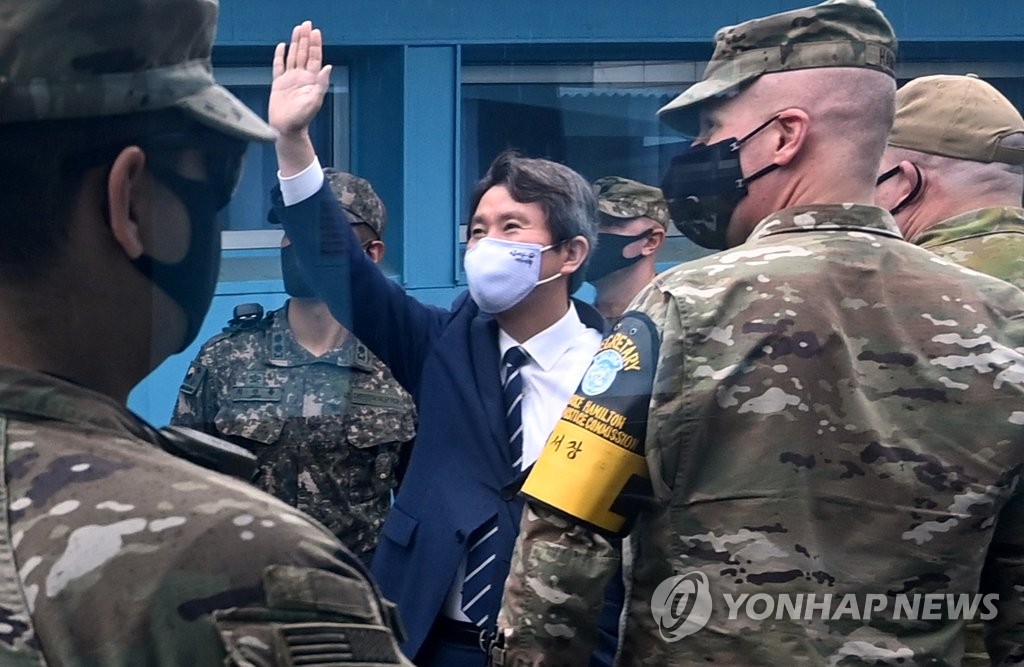