SEOUL, Sept. 17 (Yonhap) -- When the Kia Tigers looked at their schedule this week and saw they had the SK Wyverns for two games, they probably thought they'd be in for some easy ones.

The Wyverns apparently had other ideas.

The Wyverns beat the Tigers in both of their two-game set played Tuesday and Wednesday, dutifully playing the spoiler role and extending their winning streak to a season-high six games. 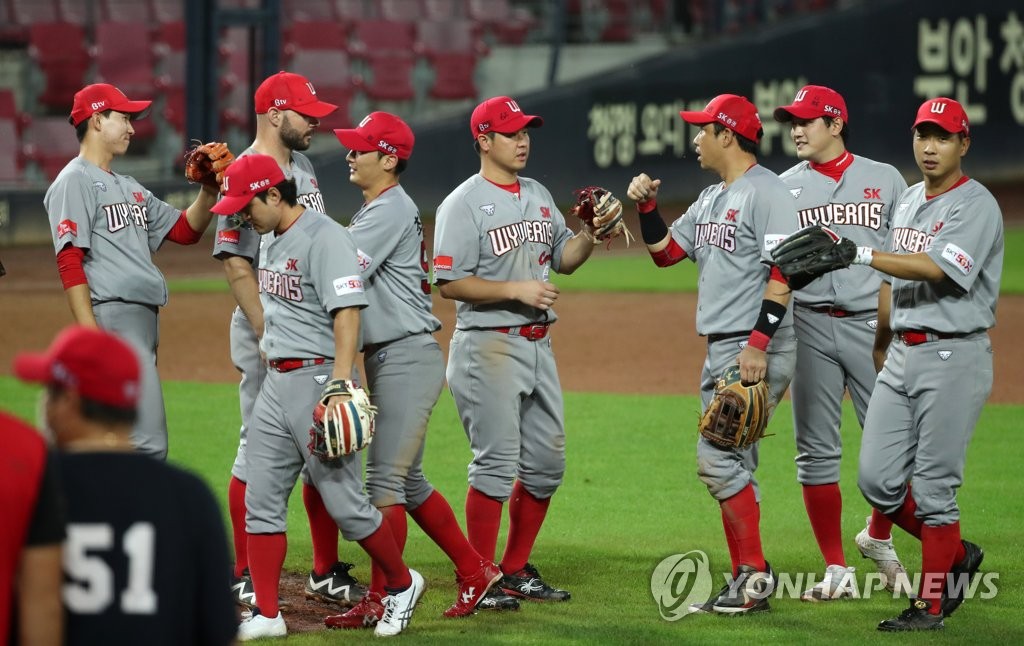 The Tigers began the week in sixth place in the Korea Baseball Organization (KBO), 1.5 games behind the KT Wiz for the final playoff spot in what has been the tightest pennant race since the league expanded to 10 teams in 2015. The Tigers had the three worst teams in the league lined up, with the ninth-place Wyverns to be followed by the eight-ranked Samsung Lions and last-place Hanwha Eagles.

With the Wiz set to battle the fourth-place Doosan Bears this week, this was the Tigers' chance to make up some ground. And they had been 8-3 against the Wyverns prior to this week.

The Wyverns then went out and clobbered the Tigers 16-1 on Tuesday, because, really, why not?

On that same day, only one of the top five teams won. The Eagles walked off on the third-ranked LG Twins, with Jung Jin-ho getting hit by a Go Woo-suk pitch with the bases loaded in the bottom of the 10th to complete a rally from a 5-1 deficit. The Lions got six shutout innings from starter David Buchanan as they blanked the Wiz 7-0. The Lotte Giants, ranked seventh and fading from postseason contention, beat the No. 2 club Kiwoom Heroes 8-5 to snap their four-game slide against the Heroes. 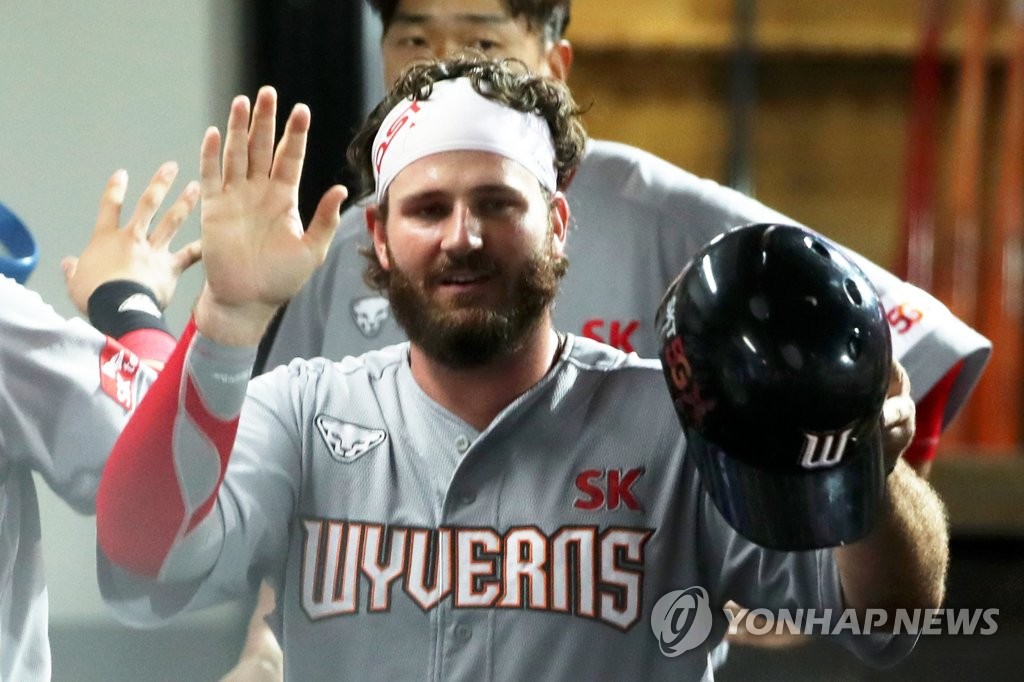 The Wiz and the Twins came to their senses and won Wednesday, but the Tigers and the Heroes dropped their second straight games that same evening, both by losing early leads.

The Tigers were basically helpless against the Wyverns' onslaught Tuesday, but their 7-6 loss the following night was mostly self-inflicted.

They placed closer Jeon Sang-hyun on the injured list last Friday with right shoulder inflammation. Manager Matt Williams said he would take a "closer-by-committee" approach until Jeon becomes available. The right-hander, who carried a 3.36 ERA with 12 saves since becoming the closer in mid-July, has resumed throwing, but there's no timetable for his return.

And Jeon couldn't be back fast enough. The Tigers blew a 6-3 lead Wednesday, as they allowed a run in the eighth and three more in the ninth.

Reliever Hong Sang-sam opened the eighth by giving up a double to Choi Jeong. After getting a pop fly, Hong walked the next two batters on eight pitches before getting yanked.

In came Park Jun-pyo, who threw a wild pitch that cut the lead to 6-4. 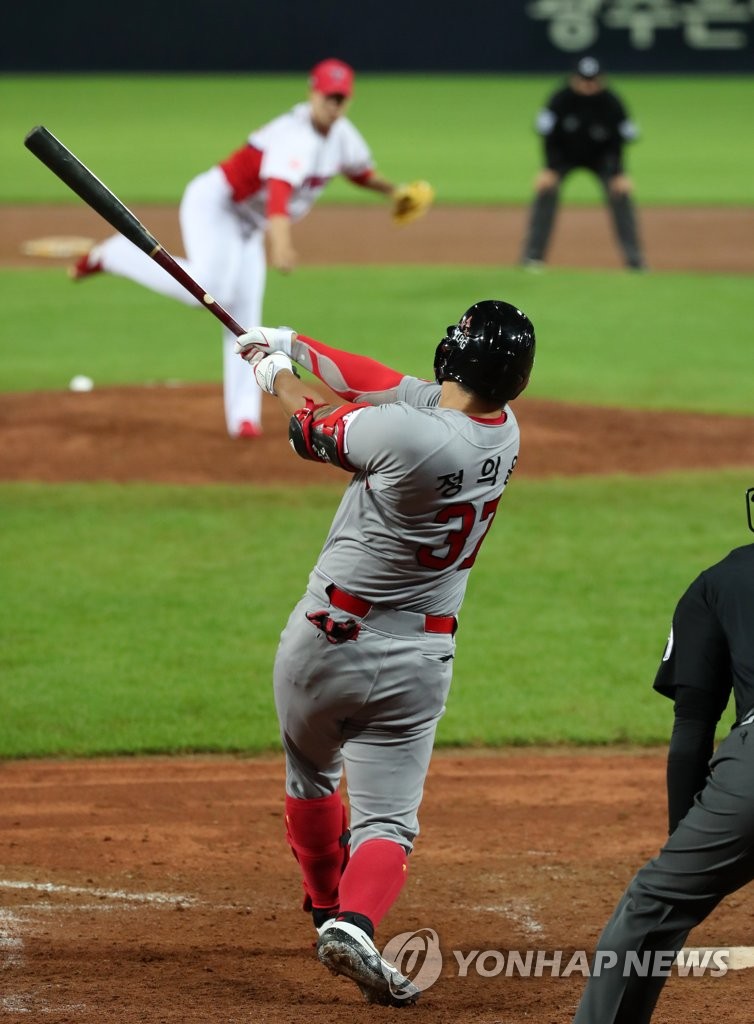 Park returned to begin the ninth but was pulled after a single and an error put two men aboard. Jung Hai-young, a 19-year-old rookie who had been holding his own in some tough spots, promptly served up an RBI single to Jamie Romak and a game-tying double to Jung Eui-yoon.

The Kia reliever intentionally walked Kim Kang-min to load the bases and put the double play in order but ended up walking the next batter, Park Seong-han, to let in the go-ahead run.

The Tigers squandered a chance to at least tie the score in the bottom of the ninth and force extra innings. Choi Hyoung-woo led off with a single and was lifted for a pinch runner Choi Jung-min. But then pinch hitter Oh Sun-woo struck out on three pitches, and with Yoo Min-sang at the plate, Choi was picked off at first base. Yoo himself struck out to end the rally and the game.

With the Wiz beating the Lions on Wednesday, the Tigers fell 2.5 games back of fifth. And the Wyverns will try to continue their spoiling act against the first-place NC Dinos for two games starting Thursday. The Dinos are barely holding on to the top spot, and the Wyverns are playing with house money, their 2-9 record against the Dinos this season notwithstanding.

The Giants closed the gap with the Tigers to 1.5 games with an 8-2 win over the Heroes, whose bullpen imploded even more spectacularly than the Tigers'. 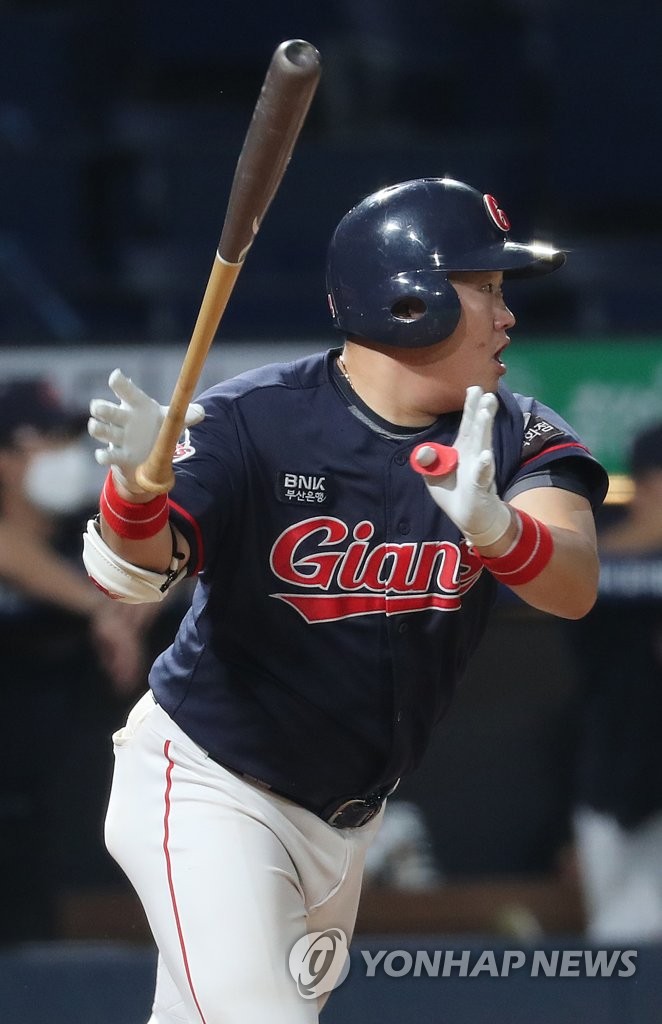 The Giants put up a seven-spot in the top of the seventh to turn a 2-0 deficit to a 7-2 lead. And they did so against the bullpen that boasted the lowest ERA in the league.

Left-hander Lee Young-jun relieved Han Hyun-hee to begin the seventh, but he was lifted after giving up a single and a walk without retiring a batter.

Right-hander Kim Sang-su took over, and Kim Jun-tae greeted him with an RBI single.

An Chi-hong worked a 10-pitch walk that loaded the bases, and another right-hander Kim Tae-hoon was summoned from the bullpen. A sacrifice fly, a single, a double, and another single later, the score was now 6-2 for the Giants.

Another pitching change was in order, as right-hander Yang Hyun came on, and the Giants got a run off Yang to go up 7-2, courtesy of Lee Byung-kyu's single. All told, the Giants sent 12 batters to the plate in the seventh and torched the Heroes with seven hits. 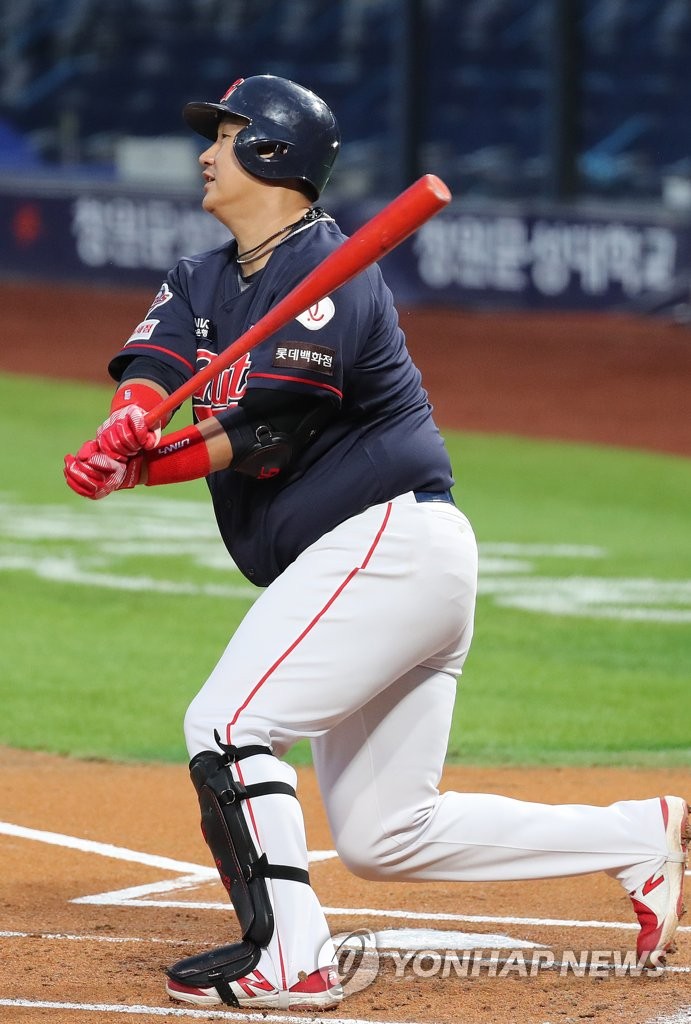 The Giants are still four games out of the final playoff spot, but the mini-winning streak this week kept their slim hopes alive.

And they will get another crack at the spoiler role Thursday and Friday with games against the Twins. The Giants' ultimate test will come on the weekend against the Dinos. 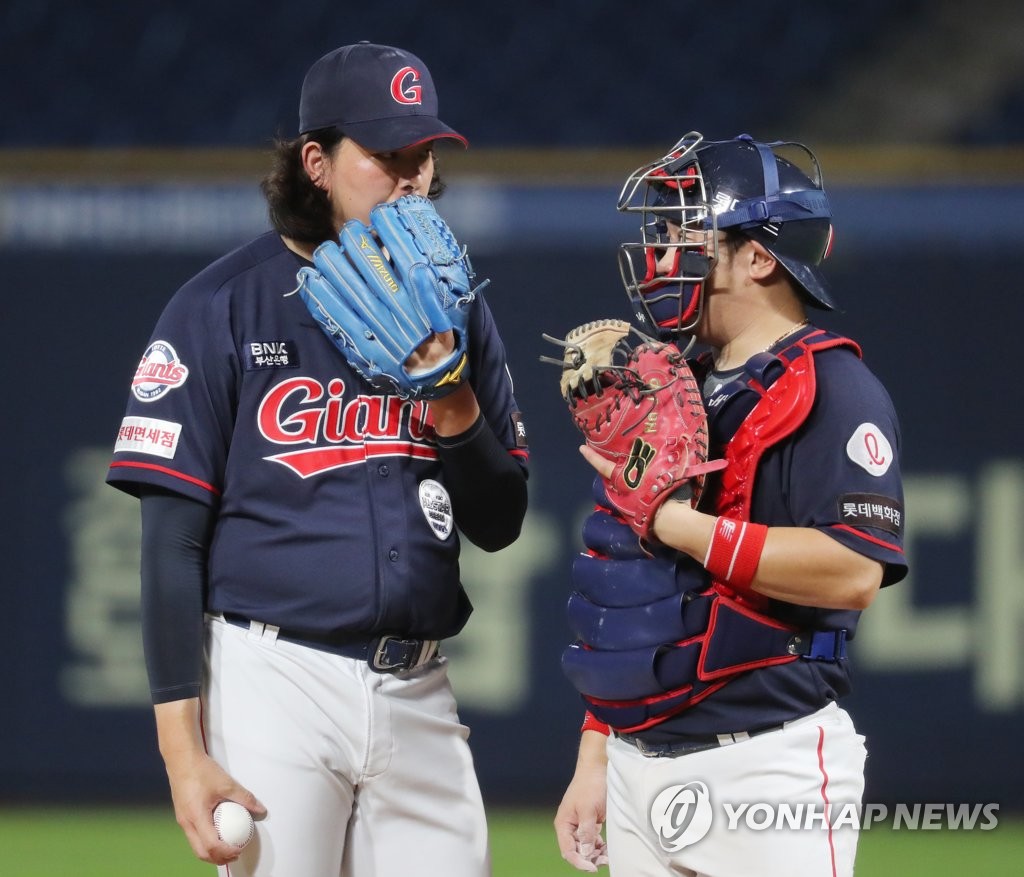 Spoiler alert: how KBO's bottom-feeders are trying to wreak havoc on pennant race

Spoiler alert: how KBO's bottom-feeders are trying to wreak havoc on pennant race