SEOUL, Sept. 17 (Yonhap) -- Some 4,000 parcel delivery workers will refuse to sort parcels in protest of heavy workloads ahead of the Chuseok holiday, a civic advocacy group said Thursday.

The civic task force working for the rights of delivery workers and associated with the progressive Korean Confederation of Trade Unions (KCTU) said that the parcel delivery workers will stop sorting out parcels starting from Monday if their demand for additional manpower goes unmet.

"Sorting parcels is the primary reason for their long working hours," the group said during a press conference at the KCTU headquarters in Seoul. "Half of their working hours of 13-16 hours a day focus only on sorting parcels with no additional pay."

A total of 4,358 workers participated in a vote conducted for three days from Monday, and 4,160 workers, or more than 95 percent, agreed to reject sorting parcels, the group said. 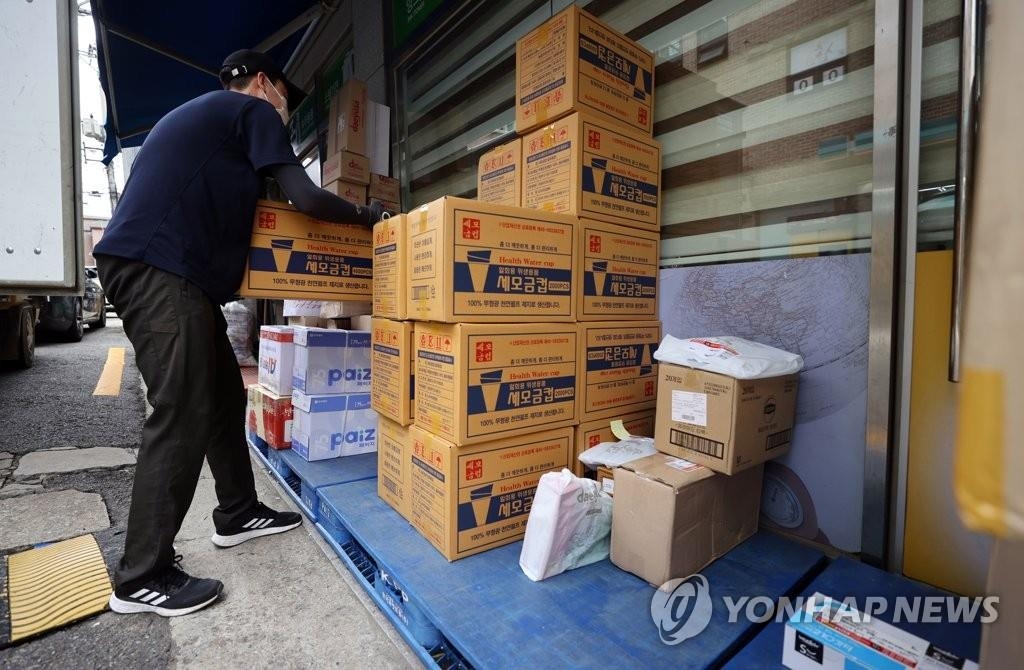 Of those who cast votes, some 500 were non-unionized workers, the group said, adding that this demonstrates widespread concern over heavy workloads, its potential bad effects on their health and high demand for additional helping hands for sorting parcels.

The group argued that the workers are paid per delivery and that their time-consuming sorting job goes unpaid.

Earlier this month, the Ministry of Land, Infrastructure and Transport recommended that delivery services hire temporary workers in the runup to the Chuseok holiday, when parcels increase greatly in volume nationwide. President Moon Jae-in also said on Monday that society should pay special attention to overworked parcel delivery workers.

"The whole country is worried about parcel delivery workers' working conditions and calling for additional helping hands, but delivery companies just sit on their hands, covering their eyes and ears," the group said. 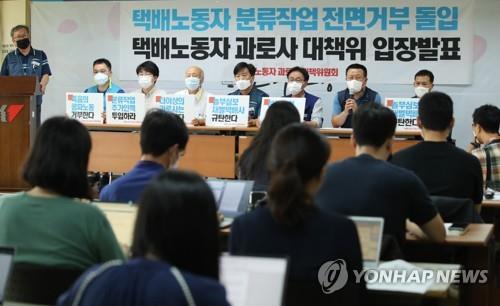 While the number of workers who will join the protest is about one-tenth of the total 40,000 nationwide, disruptions to deliveries are inevitable to some extent, especially ahead of one of the biggest national holidays.

"We feel regret to cause concerns," the group said, "But we seek the public's understanding for delivery workers' plea that no one should die from overwork."

"We are willing to withdraw the plan and are open to talk if delivery companies come up with practical measures to prevent deaths from overwork," it said.

Seven parcel delivery workers have died from overwork this year, as the coronavirus outbreak triggered a surge in online shopping and parcel volumes. 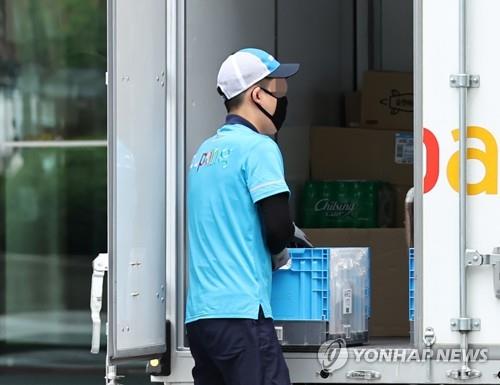