SEOUL, Sept. 17 (Yonhap) -- President Moon Jae-in stressed the significance of South Korea's push for "smart green industrial complexes" in the Korean-version New Deal drive, saying it is not a choice but an "indispensable" task to protect the environment and enhance the competitiveness of the country's economy.

He made the remarks during a visit to the National Industrial Complex in Changwon, South Gyeongsang Province, 300 kilometers south of Seoul.

He attended a government ceremony to unveil plans to promote eco-friendly, high-tech industrial complexes designed to raise productivity, while reducing the emission of pollutants. 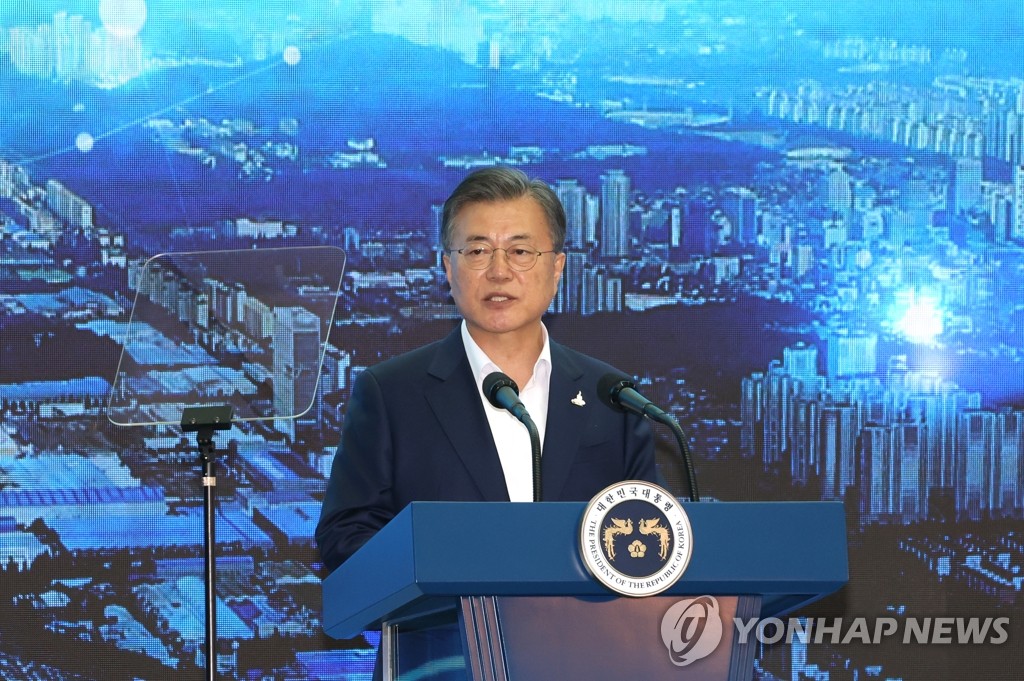 The president then toured the factories of Taelim Industrial Co. and Doosan Heavy Industries & Construction Co. in the compound.

The Changwon facilities are being "transformed into a smart green industrial complex," with "grand innovation" under way toward the realization of a digital and low-carbon economy, he said in a speech.

The complex is one of the seven industrial sites nationwide that the government plans to transform into smart green industrial complexes in the initial phase of the initiative.

The government aims to create a total of 15 smart green industrial towns nationwide by 2025 with an investment of 3.2 trillion won (US$2.7 billion), through which 33,000 "good quality jobs" will be created, according to Cheong Wa Dae.

Moon described those complexes as a "compass" of South Korea's economy that is seeking to become a "pacesetting" economy. 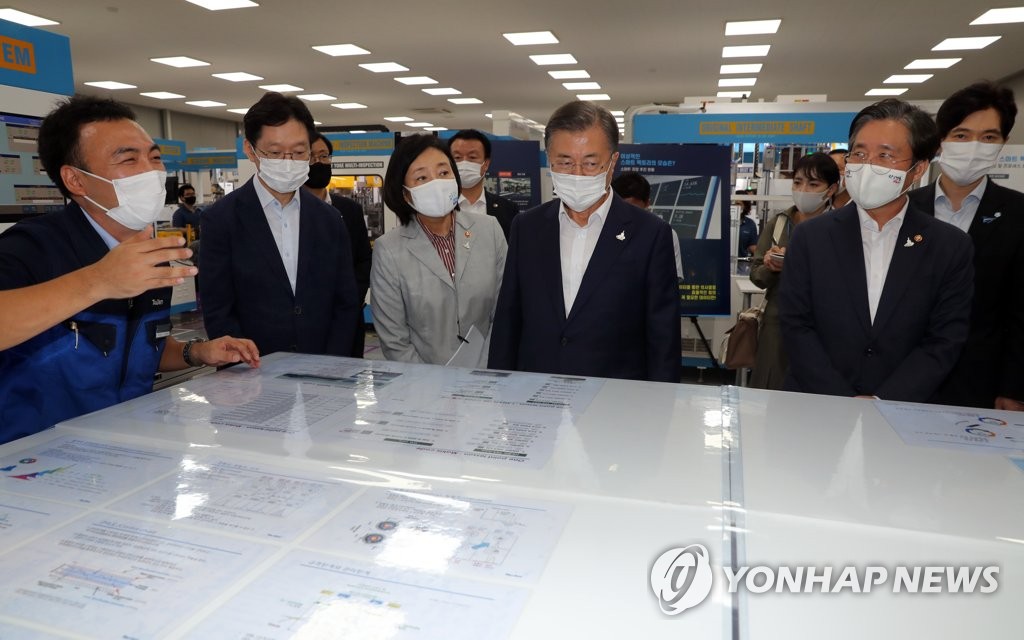 "It will also represent a strategy to revive the regional economy and foster balanced national development," he said.

Especially in the post-coronavirus and climate change era, those complexes will help cut energy consumption and environmental pollution by taking advantage of digital technologies, Moon said. 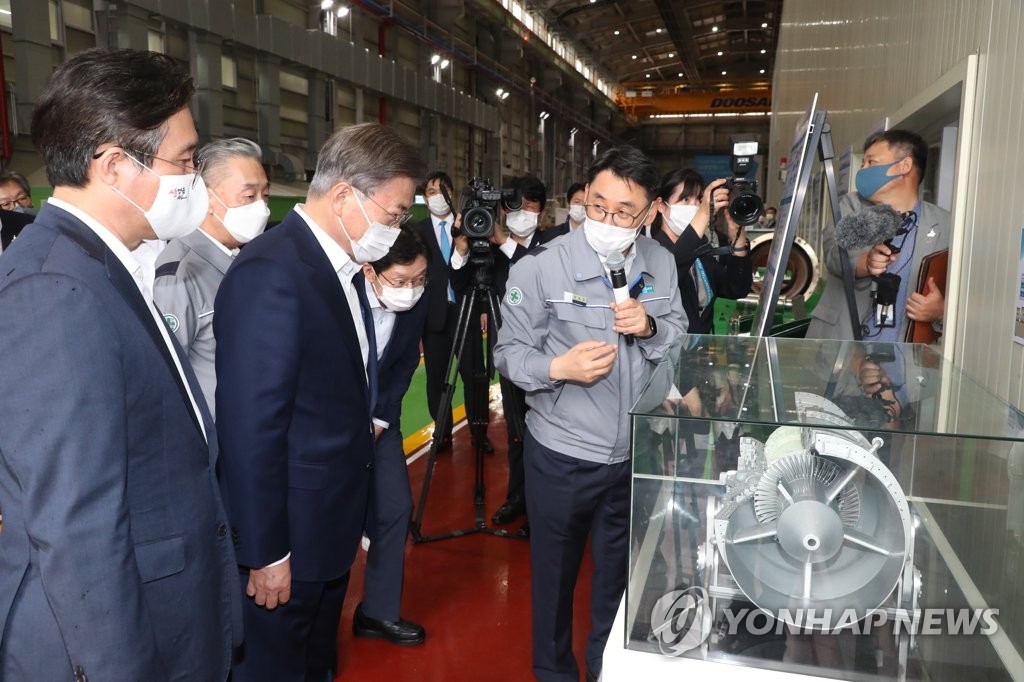