WASHINGTON, Sept. 17 (Yonhap) -- The United States is not currently discussing the possibility of withdrawing troops from South Korea, a senior U.S. diplomat said Thursday, a move he said would require consultation with the Asian ally.

"Of course, these issues all require cooperation. So we will consult (with South Korea), but there is no discussion of that in the State Department," David Stilwell, assistant secretary of state for East Asian and Pacific Affairs, told the Senate Foreign Relations Committee.

His remarks came in response to a request from a Senate committee member to assure that the U.S. administration is no longer considering a withdrawal of troops from South Korea and that if any such change were to occur, it would follow close consultation with the U.S. ally. 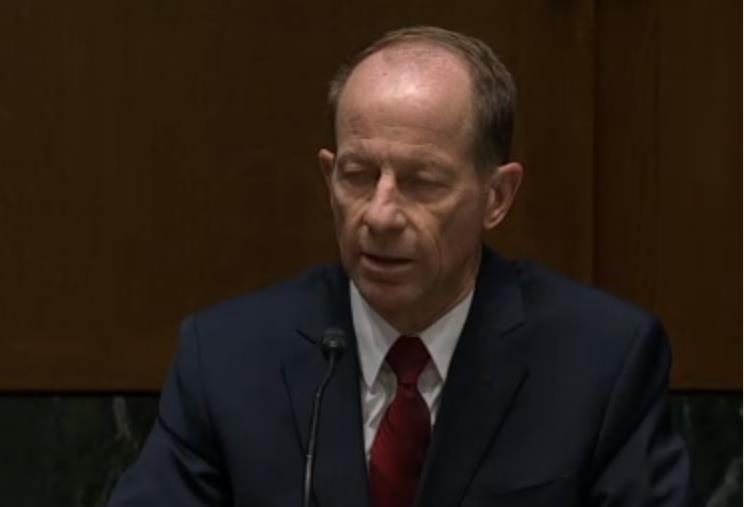 Recent reports have also suggested the U.S. president had hinted at the possibility of reducing U.S. troop levels in South Korea as a bargaining chip in U.S.-South Korea negotiations on setting the latter's share of the cost in keeping 28,500 U.S. forces in Korea.

Seoul has offered to increase its annual commitment by up to 13 percent from the US$870 million it shouldered last year, but the U.S. is said to be demanding a 50 percent spike to $1.3 billion.

Trump is said to have earlier demanded $5 billion a year from Seoul.

Stilwell's remark also came after another member of the Senate committee argued the recently made U.S. decision to reduce its troop level in Germany, which was made without any prior consultation with Germany, may have weakened the U.S.' alliance with the European nation.

The assistant secretary of state noted U.S. alliances with other countries, especially those in the Indo-Pacific region, were most important in countering what the U.S. is increasingly calling aggression from the Chinese communist party.

"The resilience of the strength of our global alliances and partnerships is paramount to addressing strategic competition with China, and in no region is this more true than the Indo-Pacific," he told the committee meeting, broadcast online.

"We support a region that is open to trade and investment, free from coercion and secure," he added.

Under its initiative to build what it calls a NATO-like collective alliance in the Indo-Pacific, the U.S., together with India, Japan and Australia, has launched what is known as the Quad.

It is now calling on South Korea and its other partners in the region, including New Zealand and Vietnam, to join the initiative to form the so-called Quad Plus.

Seoul, while highlighting the importance of its longstanding alliance with the U.S. for security, underscores its need to maintain close economic ties with China, its single largest trading partner that accounts for nearly one quarter of its overall exports.

South Korean ambassador to the United Sates Lee Soo-hyuck has said, "Security alone cannot make one nation survive. Economic activities are as important as security. Not one thing is most (more) important than the other. Both things, security and economy, should go together.".