"He really does like Dennis Rodman, I will tell you. It's sort of great. I always said Dennis would be better than some of these staffs that they used to send over to get to know him (Kim)," Trump said in an interview with Fox Sports Radio.

The sudden revelation came after the show's host asked if Trump and Kim had ever talked about basketball. 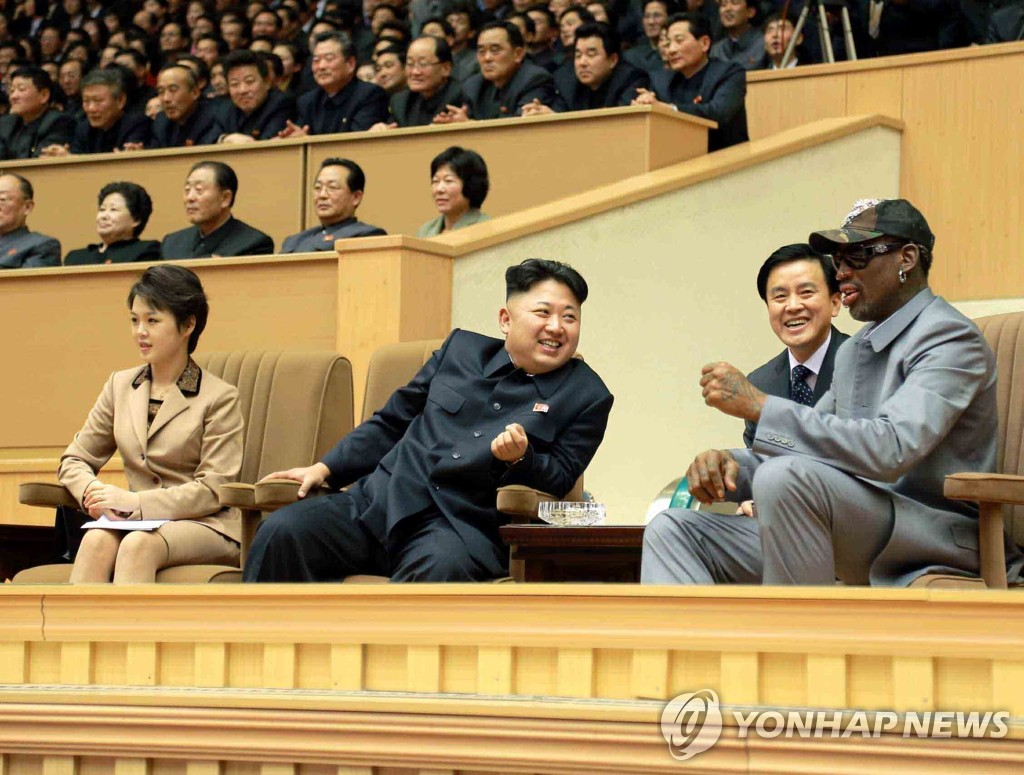 "He really did like Dennis Rodman. And they said we should maybe use him instead of somebody that graduated No. 1 at Harvard. Maybe we should use that and so I thought about that," said Trump.

Rodman has visited the communist North multiple times on his own terms, and has apparently befriended Kim.

"I hope it's just a rumor that Marshal Kim Jong-un is sick. Hopefully I will find out more soon," the former NBA star said in April after reports suggested Kim may have faced a serious health issue amid a nationwide lockdown caused by the new coronavirus pandemic.

Rodman, however, has been criticized for befriending and praising a dictator who has held a number of Americans captive.

He is also said to have asked Trump to allow him to help improve U.S.-North Korea relations.

Trump insisted he and Kim have formed a good relationship, even without Rodman's help, and that his relationship with the North Korean leader may have prevented an imminent war with the communist North.

"Well, we've done well. We have a good relationship and frankly nothing's happened," he told the radio show.

"You would have been in a war. It's sure as you're sitting there. And you would've had a war that would have been a really bad one. A lot of nuclear weapons, a lot of bad things would have happened," added Trump.

Talks between Trump and Kim have stalled since their brief meeting held on June 30, 2019, inside the Demilitarized Zone that separates the South and North Korea, along with U.S.-North Korea negotiations aimed at ridding the communist state of its nuclear weapons.

Trump seemed to insist that a breakthrough may still be possible by highlighting the Middle East peace accord signed earlier this week at the White House by the U.S., Israel, Bahrain and the United Arab Emirates.

"I have a relationship (with Kim). We will see what happens," Trump said.