Yoo is competing with candidates from Nigeria, Kenya, Saudi Arabia and Britain in the second round of the elimination process, set to begin next Thursday and run through Oct. 6.

Three candidates from Mexico, Egypt and Moldova were eliminated from the list in the first round, according to the Geneva-based trade body.

"Yoo was able to advance into the second round, as she proved her qualification and talent as an incumbent trade minister," the Ministry of Trade, Industry, and Energy said in a statement.

In the next round, three out of five candidates will be removed, leaving just two runners in the third and final stage for the top post of the global trade body.

Earlier in the day, Yoo returned home from her trip to Washington, where she met with government officials to try to win support for her bid to lead the WTO. She also recently visited other countries, including Switzerland and France.

U.S. support is widely seen as crucial in winning the top post of the WTO, as the United States is the biggest contributor to the WTO in terms of budget. 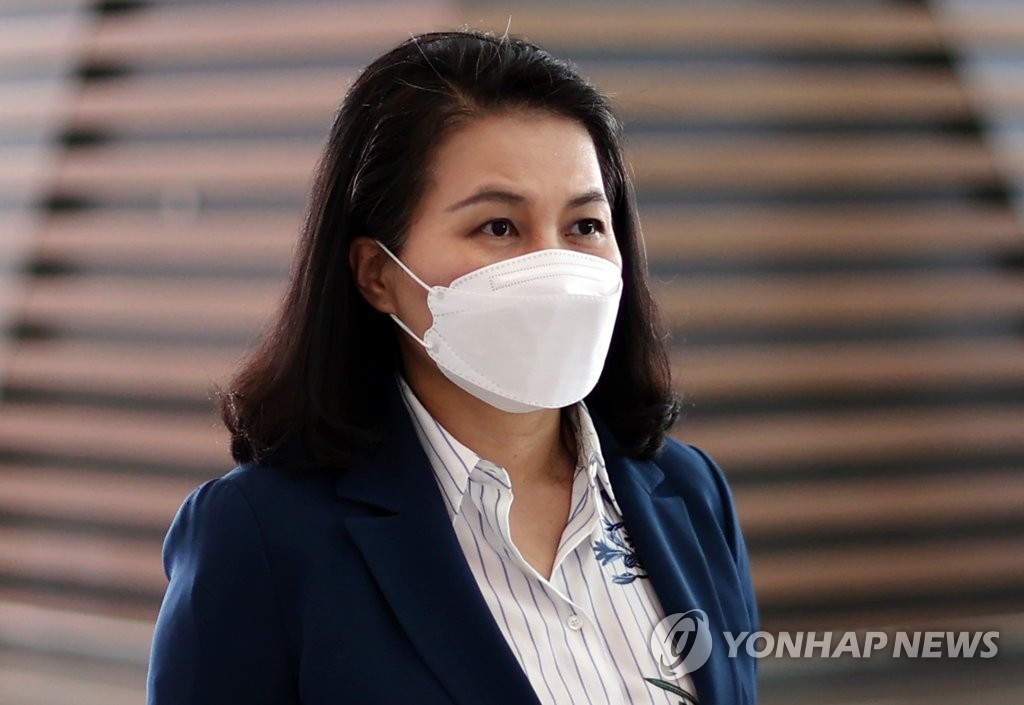 Yoo has vowed to focus on rebuilding trust in the multilateral trading system by making it more relevant, resilient and responsive if she gets picked as the new leader.

Her bid comes amid escalating trade tension between the U.S. and China, and a frayed relationship between South Korea and Japan.

Yoo was appointed as trade minister in February last year, becoming the first woman to take the top-ranking position in the 70-year history of the trade ministry.

During her campaign, Yoo said she wishes to reform the body to become more resilient to never-before-seen hurdles, such as the virus pandemic.

She added the WTO needs to normalize its role of handling negotiations and settling disputes under a multilateral regime and that the COVID-19 pandemic gave an opportunity to look at the pending issues.