Local carmakers shipped 136,538 units of cars overseas last month, down 15.8 percent from a year earlier, according to the data compiled by the Ministry of Trade, Industry and Energy. In terms of value, auto exports shed 12.8 percent over the period to reach US$2.6 billion. 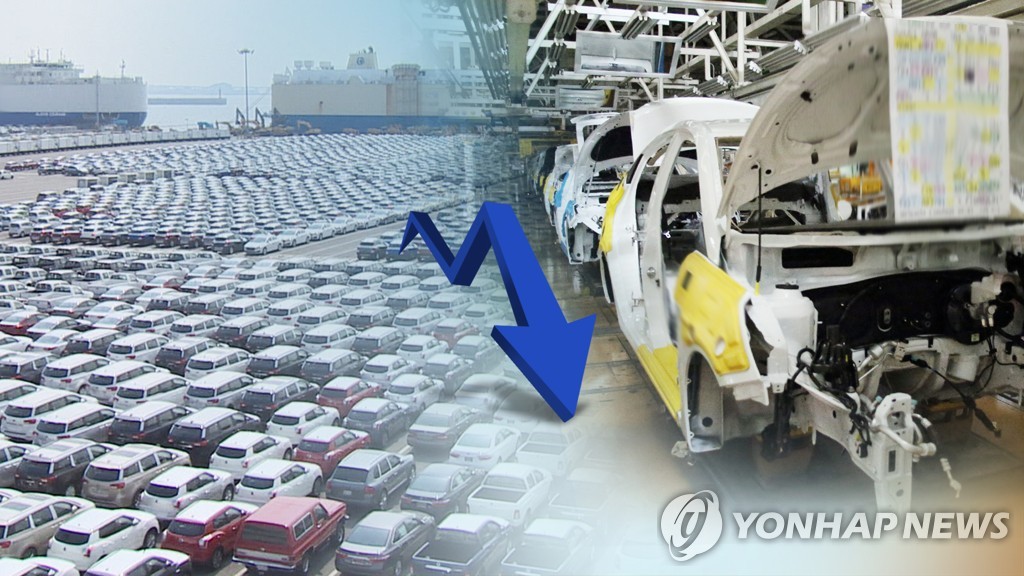 Industry leader Hyundai Motor Co.'s exports dropped 31.3 percent over the period due to unsold inventories in the overseas market.

Kia Motors Corp., an affiliate of Hyundai Motor, saw its exports remain nearly unchanged on-year on the back of the strong sales of eco-friendly models and SUVs, despite the overall global slump.

Outbound shipments of GM Korea Co., the South Korean unit of General Motors Co., however, rose 17.5 percent on the back of the strong sales of minicars and SUVs.

By destination, exports to North America climbed 12.3 percent, while shipments to the European Union slipped 26.9 percent.

Outbound shipments to the Middle East halved, while those to Asian nations dipped 36.3 percent, according to the data.

South Korea's combined auto production decreased 6.4 percent on-year to 233,357 units in August as some lines of Hyundai and Kia went through renovations, while the virus pandemic also slowed down such activity.

Domestic sales edged down 1.2 percent to 135,349 units amid the country's social distancing.

Auto exports down for 5th consecutive month in Aug. amid virus jitters

Auto exports down for 5th consecutive month in Aug. amid virus jitters