The monument, erected at the Korea Military Academy in Seoul, bears the names of 17 fallen officers from the West Point Class of 1948, Army officials said.

That is in addition to two monuments already set up at the Korea Military Academy campus to honor U.S. service members from the Classes of 1949 and 1950 killed in the war, officials said.

"The freedom and peace on this land that the young heroes wanted to protect 70 years ago have become the foundation of South Korea's economic prosperity and vibrant democracy today," the Korean academy's superintendent Lt. Gen. Chung Jin-kyung said.

In a video message, former U.S. Forces Korea Commander Gen. Walter Sharp paid respect to the soldiers, saying their sacrifice became the basis for the alliance between South Korea and the United States. 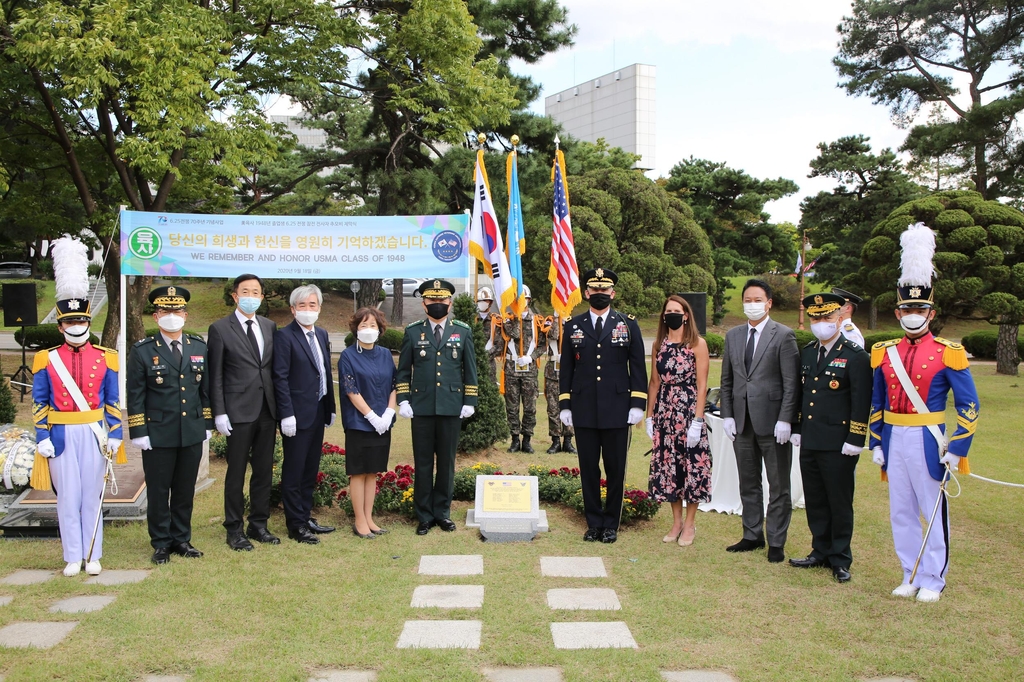