Foreign Minister Kang Kyung-wha and her Vietnamese counterpart, Pham Binh Minh, shared the understanding on the need to introduce a special entry procedure for businesspeople travelling between the two countries, the foreign ministry said.

In particular, Minh noted that measures to allow South Korean businesspeople to enter Vietnam under "more advantageous" conditions appear likely to be crafted soon, despite the pandemic.

Kang began her two-day trip on Thursday, as Seoul pushes to reach agreements with foreign governments on streamlined entry procedures for business travelers as part of efforts to mitigate the economic fallout from the virus. 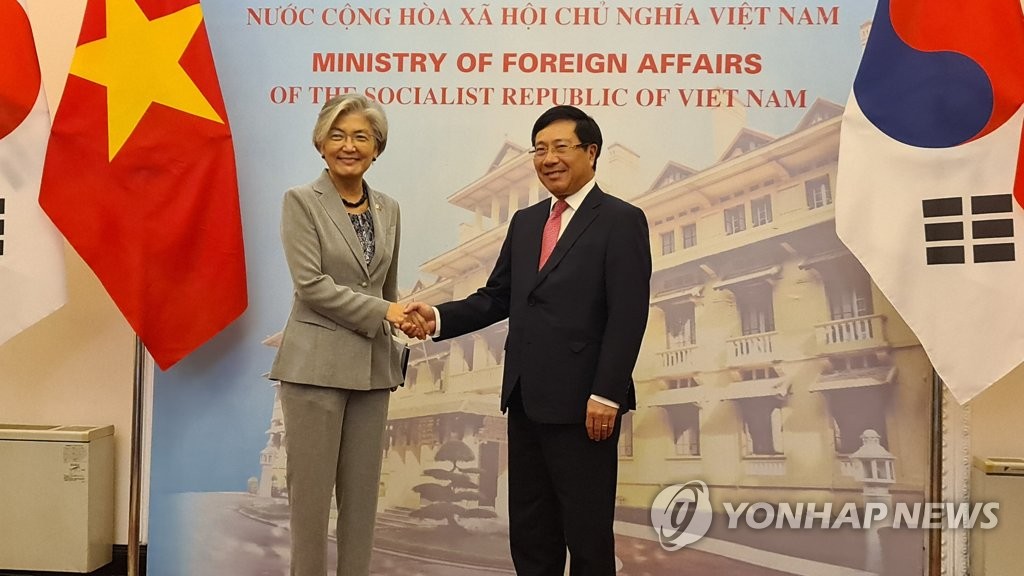 "With support from Vietnam, this year's ASEAN chair country, we would like to create momentum to develop not only relations between the two countries, but also South Korea's ties with the ASEAN," Kang said in her opening remarks.

Noting that Kang is the first foreign top diplomat to officially visit Vietnam since the COVID-19 outbreak, Minh said that Kang's visit attests to the good relations between the two countries.

Kang also expressed hope that South Korea and Vietnam will work together to ensure "fair access" to COVID-19 vaccines, currently under development, and other therapeutics.

"We need to cooperate beyond the borders to ensure the smooth development and distribution of COVID-19 vaccines and treatment as public goods for humankind," Kang was quoted by her office as saying.

In a show of Seoul's resolve to further deepen ties with the ASEAN, Kang said that her government is making efforts to reflect the regional bloc's needs for cooperation in health care, digital, science and technology sectors in its signature New Southern Policy. 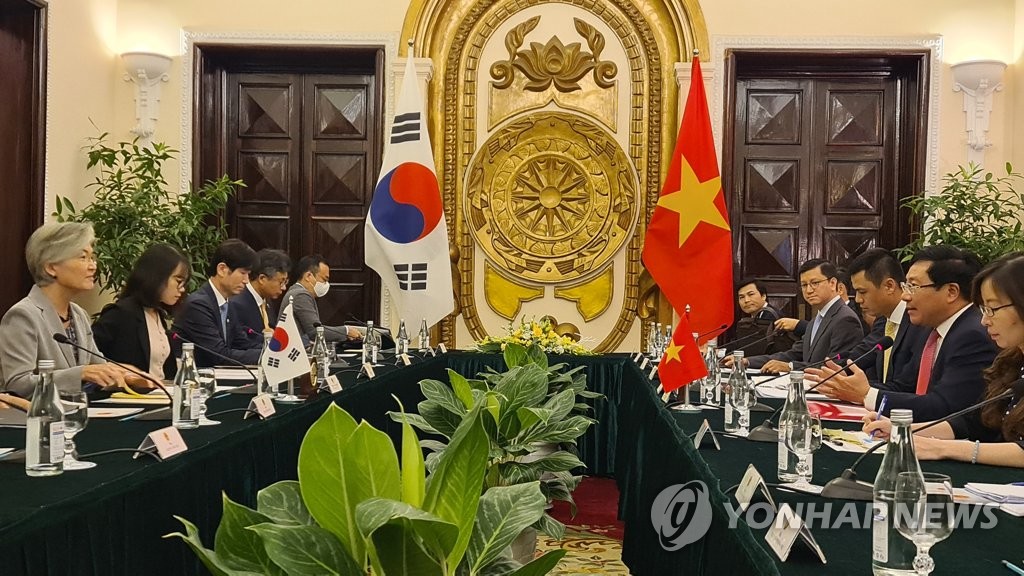 Kang also expressed gratitude over the ASEAN's support for Seoul's position on the Korean Peninsula situation, while Minh pledged to continue efforts for the denuclearization, peace and stability on the peninsula.

In addition, Kang and Minh agreed that South Korea and Vietnam will work closely together to prepare for the 10th South Korea-Mekong foreign ministers' meeting set to take place via video links on Sept. 28.

Later in the day, Kang met Park Hang-seo, the South Korean head coach of the Vietnamese men's national football team before talks with South Korean residents in the country.

Kang expressed her gratitude to Park for his contribution to Korea's public diplomacy.

Kang's visit to Hanoi marks her second trip abroad since the global spread of COVID-19 triggered restrictions on diplomatic trips. The minister visited Germany early last month in her first such trip since the pandemic early this year. 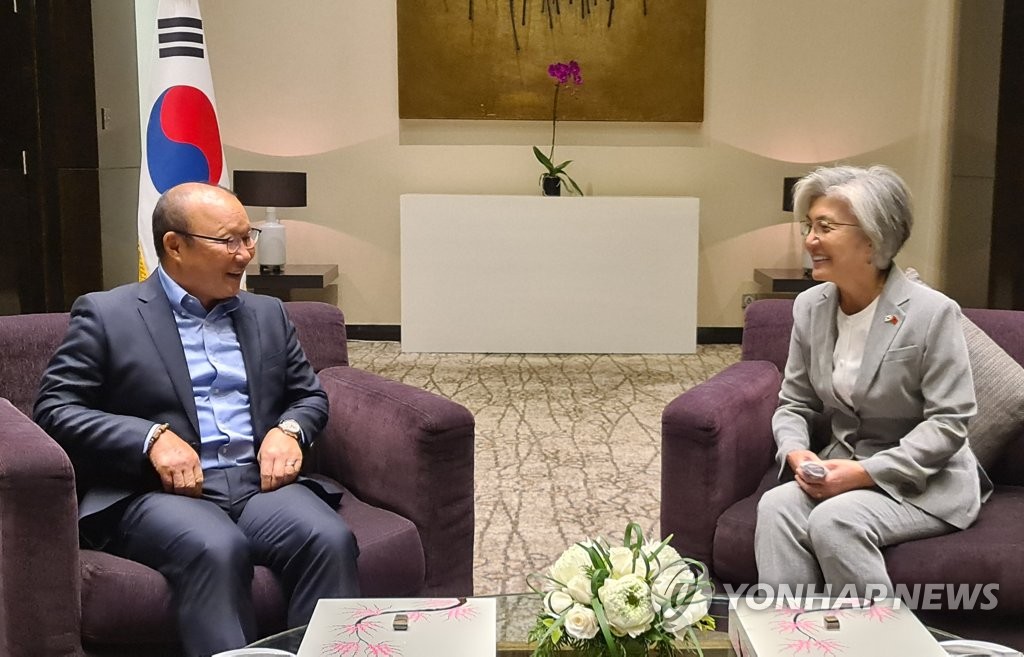