By Yoo Jee-ho and Kim Dong-chan

SEOUL, Sept. 18 (Yonhap) -- The coronavirus pandemic has forced the PGA Tour to move its only annual tournament in South Korea to the United States this fall, but the change presents a new opportunity for the tour to promote Korean culture in America, a senior executive for the tour said Friday.

The CJ Cup @ Nine Bridges, scheduled to take place on the South Korean resort island of Jeju in October, will instead open in Las Vegas on Oct. 15. Given global travel restrictions in place during the COVID-19 pandemic, the CJ Cup wouldn't have drawn international players, big names or not, to Jeju, something it had little trouble doing since its inception in 2017. 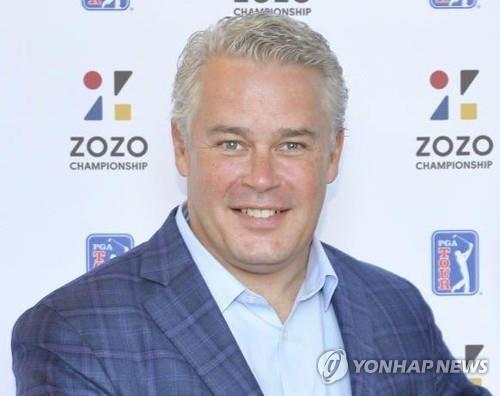 Ty Votaw, PGA Tour's executive vice president of international affairs, said the CJ Cup has been one of the popular events among the players and that won't change even if it's played at Shadow Creek Golf Course in Las Vegas this year.

"In the three years where we've had the privilege of visiting Jeju Island for the CJ Cup @ Nine Bridges, every player has spoken highly of the tournament. CJ Group goes out of their way to ensure our players have a great and enjoyable experience, both on and off the golf course, and help provide a memorable time for their families too," Votaw wrote in an email interview with Yonhap News Agency.

"Our players enjoy the opportunity to learn new cultures, and Korean food is simply outstanding. As we will be playing in the U.S. in October, I'm aware the CJ Group is making efforts to ensure our players continue to enjoy a similar experience at Shadow Creek and that includes bringing the very best of Korean food."

Votaw said the CJ Cup will continue to support charitable initiatives and added, "I am very thankful that The CJ Cup serves as the bridge for Korean and Asian golfers to compete in a PGA TOUR event, which we believe will help grow our sport in what is an important region to the game." 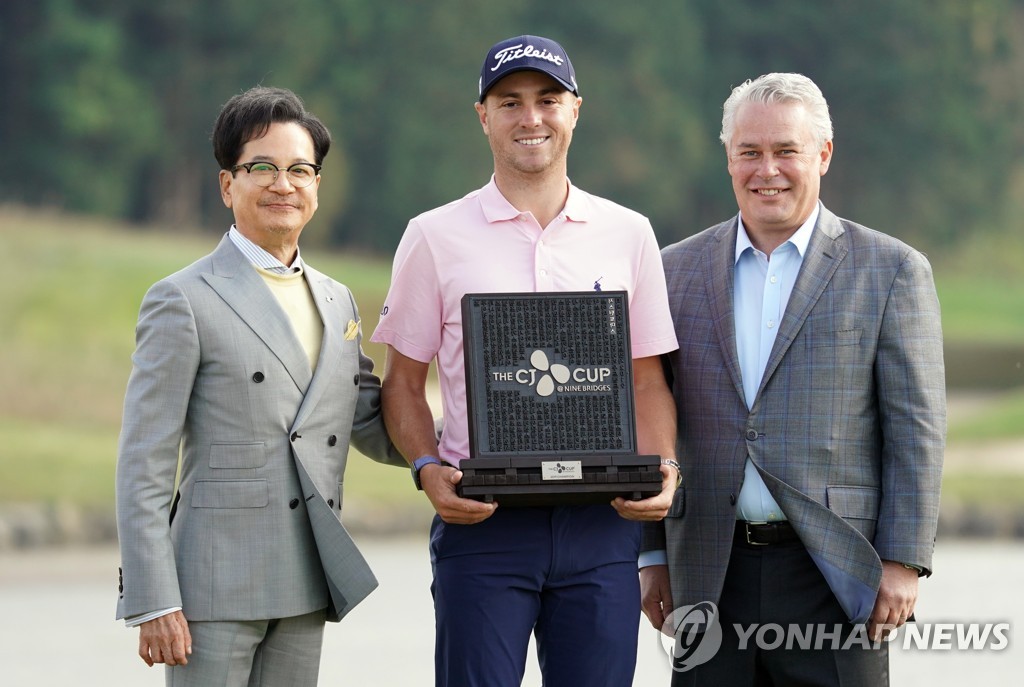 Votaw said American sports fans are "always very interested in (PGA Tour's) international players" and said the tour has been fortunate to witness the emergence of young and talented Korean golfers, including the 2018-2019 Rookie of the Year Im Sung-jae.

"What's also interesting is the fact that most Asian golfers have unique backstories about their involvement and rise in the game, which make them stand out even more," Votaw went on. "Very often, their stories are about perseverance, dedication and hard work, which inspire our fans."

Votaw said the CJ Cup serving as South Korea's only PGA Tour event has contributed to the rise of Korean golfers in a positive manner.

"We certainly value the presence of Asian players as it is representative of what the PGA Tour is all about," he said. "We are a global organization representing a global membership and have a global vision to grow the game collectively with our partners and stakeholders such as CJ Group."