Under the move, artists will be eligible to receive jobless benefits when they lose their jobs. Artist employees and employers are set to pay half of the insurance fee, respectively, with the insurance fee set at 0.8 percent.

In addition to the jobless benefits, artists will also receive state subsidies if a change in job leads to income loss. They will also be eligible for 90-day postpartum leave that is funded by the government.

The decision to include artists in the state insurance program is part of the government's efforts aimed at protecting temporary workers and freelancers who are regarded as being in a "blind spot" as they are not directly employed by companies and are not covered by employment insurance.

In July, Labor Minister Lee Jae-gap said the government aims to expand employment insurance to all working citizens by 2025. 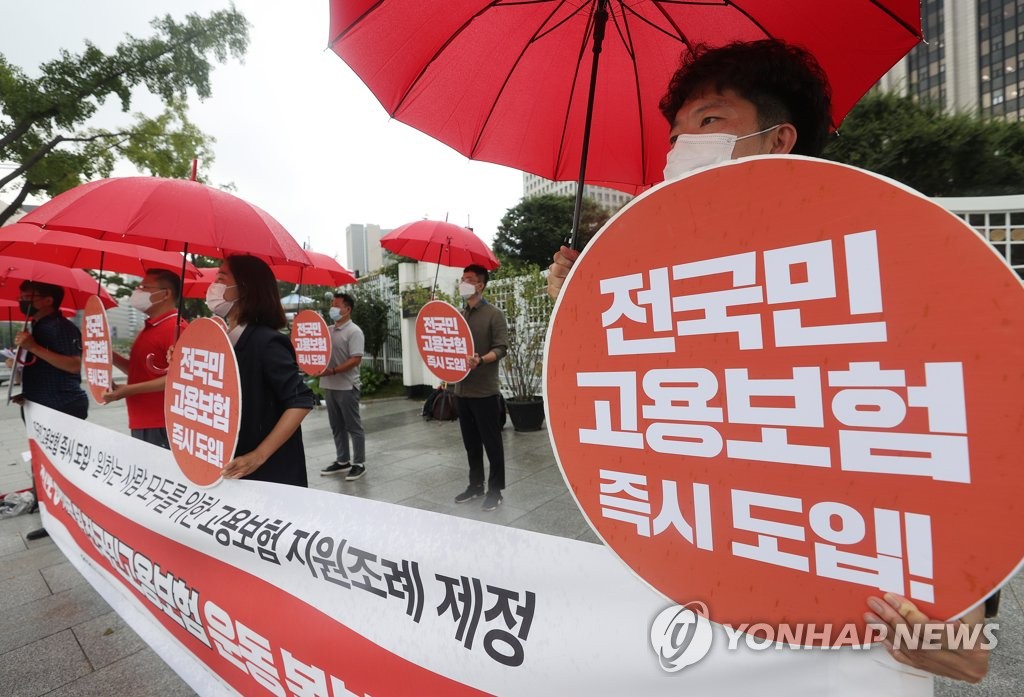 Gov't to expand job insurance to artists starting in Dec.

Gov't to expand job insurance to artists starting in Dec.