SEOUL, Sept. 18 (Yonhap) -- Prime Minister Chung Sye-kyun said Friday there is no truth to allegations that the government is manipulating coronavirus test results to create a false sense of fear.

Conservative activists critical of the Moon Jae-in administration have questioned the reliability of the official coronavirus tallies, alleging the numbers are being exaggerated to discourage people from participating in anti-government rallies during the upcoming October holidays.

On Monday, Rep. Yun Hee-suk of the main opposition People Power Party falsely accused the government of disclosing only the number of confirmed infections, not the number of people tested, when more testing naturally leads to more positives.

"It is impossible for the government to even try to manipulate the number of tests or results," Chung said during a government COVID-19 response meeting. "Not only is the sampling and testing done at the level of each local government but more than 360 private medical facilities are also taking part."

South Korea's new COVID-19 cases have been in the triple digits for over a month since mid-August due mainly to cases tied to a Protestant church and political rallies in the capital city.

"It must be remembered that groundless and false allegations lower the morale of front-line health workers and create mistrust and confusion among the public," Chung said, adding that the allegations are "absolutely not true." 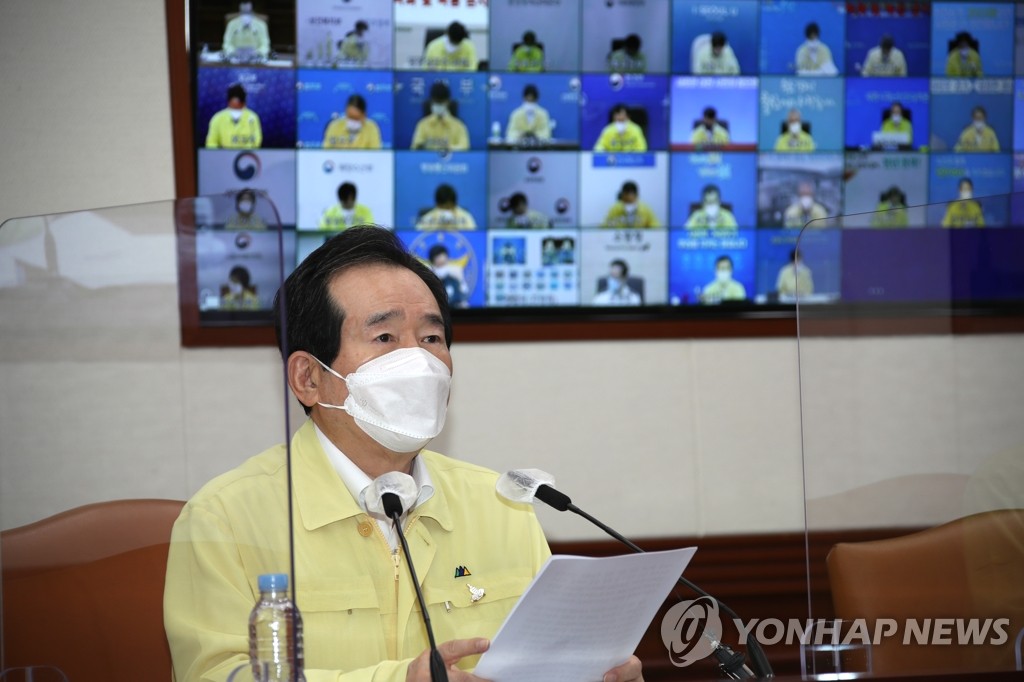