SEOUL, Sept. 18 (Yonhap) -- The unification ministry on Friday reiterated calls for North Korea to implement agreements the leaders of the two Koreas reached during their summit in 2018.

The appeal came on the eve of the second anniversary of a summit agreement signed between South Korean President Moon Jae-in and North Korean leader Kim Jong-un in Pyongyang on Sept. 19, 2018, to reduce tensions and bolster cooperation.

On the sidelines of the summit, the two sides also signed a military tension deal.

"The two Koreas have strived to fulfill the agreements of the Pyongyang Joint Declaration and the Sept. 19 military deal, and to realize complete peace on the Korean Peninsula," Cho Hey-sil, the ministry's deputy spokesperson, said at a regular press briefing.

Cho added the summit agreement and military deal have played an important role in preventing military tension between the two Koreas.

"As agreements are completed through implementation, the government will fulfill the agreement between the two Koreas and strive to improve inter-Korean relations and bring denuclearization and lasting peace to the Korean Peninsula."

The ministry has no plans to hold any commemorative events to mark the second anniversary, Cho said.

On Wednesday, Unification Minister Lee In-young visited the truce village of Panmunjom and urged the North to fulfill the inter-Korean agreements.

Inter-Korean relations have stalled since a no-deal summit between the North and the United States in February last year. Many of the summit agreements signed by the two Koreas in 2018 have been put on hold ever since. 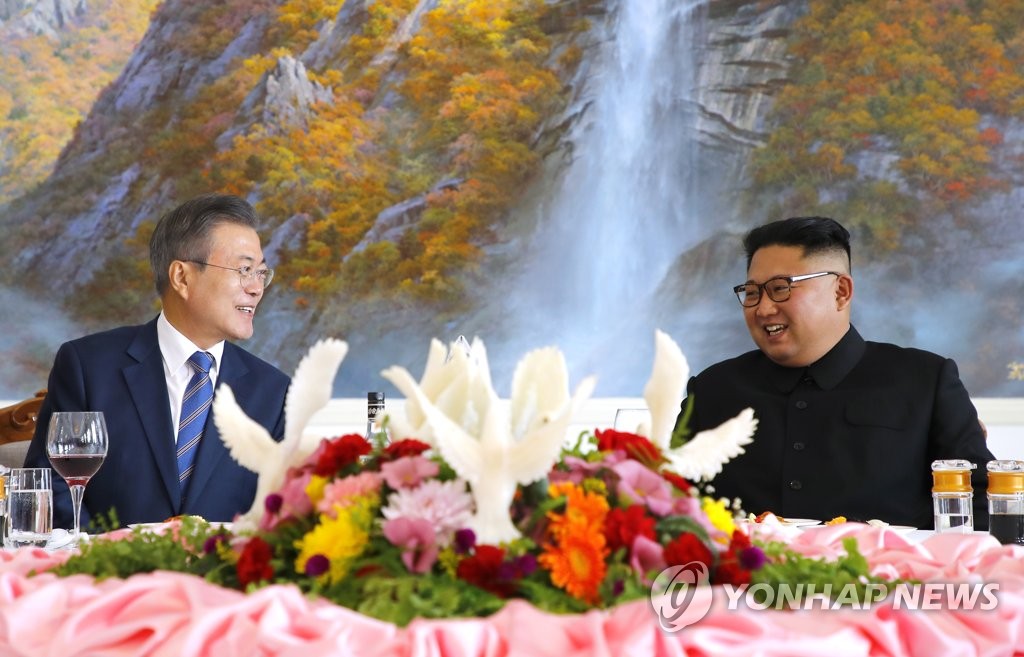