SEOUL, Sept. 18 (Yonhap) -- President Moon Jae-in said Friday that South Korea will be able to reach the path of peace and unification unless it gives up hope for dialogue with North Korea.

Speaking at a meeting with a group of Buddhist community leaders at Cheong Wa Dae, Moon noted the two Koreas will mark the second anniversary on Saturday of his Pyongyang summit deal with the North's leader Kim Jong-un.

"If (we) don't give up hope for meetings and dialogue, we will surely move on to the path of peace and unification," the president said. 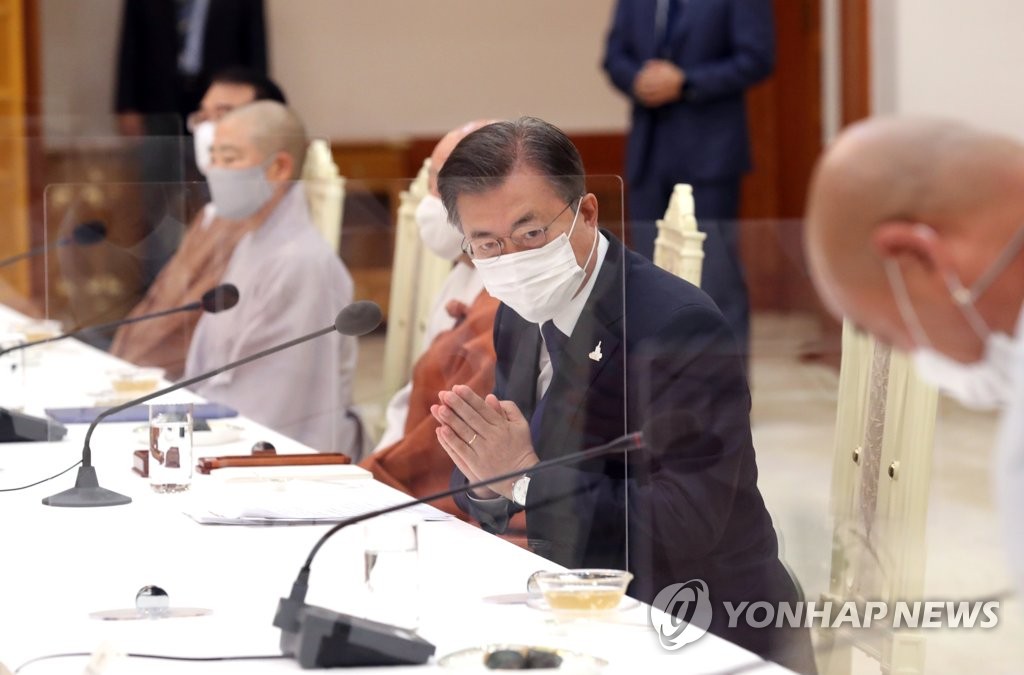 Moon pointed out that he and Kim had declared their commitment to peace on the Korean Peninsula in front of 80 million Koreans and the world.

He requested the Buddhist sector's support, saying the religion has been a "force" for South Korea to overcome hardships.

He requested that the Buddhist community help efforts to open the way for inter-Korean exchanges and advance the path of peace on the peninsula.

Moon also expressed his gratitude to the local Buddhist community for helping the government's campaign against the novel coronavirus.

The community has suspended regular worship services and even canceled the Lotus Lantern Festival in spring, a decision that came amid a push for the annual event to be inscribed as UNESCO's Intangible Cultural Heritage, Moon said.

He asked for its continued support for the government's anti-virus efforts, which are turning into a "prolonged fight" with no end in sight. 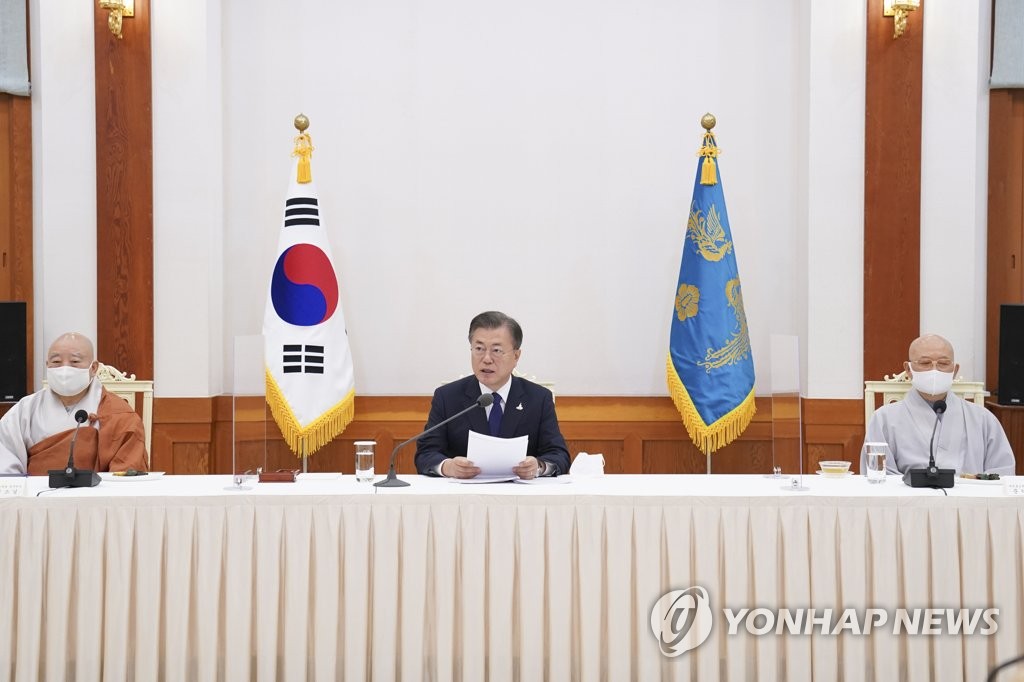 In the closed-door meeting following the opening remarks in front of pool reporters, Moon expressed regret over political disputes on the government's measures to curb the spread of the virus, according to his spokesman Kang Min-seok.

Promoting cooperative politics and national unity is a task to be done by the political community but it's not going well, Moon was quoted as saying.

"Due to the escalation of conflicts in politics, even the anti-virus issue has become politicized," Moon added, citing some people's acts of "refusing or distorting" it.

"Basically, it's a phenomenon attributable to continued political conflict," Moon said, adding that he will move toward politics of cooperation and unity, according to Kang.

The president was apparently responding to an assertion by critics that his government is using the virus fight to suppress political opponents.

The authorities have prohibited some conservative activist groups from staging street rallies in downtown Seoul on the Oct. 3 National Foundation Day. A number of participants in the Aug. 15 Liberation Day protest rally in Gwanghwamun were confirmed later to be infected with the coronavirus. The government has also faced public controversies over its decisions to toughen or ease social distancing guidelines.