SEOUL, Sept. 18 (Yonhap) -- New Defense Minister Suh Wook was sworn in Friday, vowing to maintain a staunch readiness posture and fully implement an inter-Korean military tension reduction agreement in order to buttress the government's efforts for a lasting peace on the Korean Peninsula.

In his inauguration speech, Suh also vowed to strive for expediting the envisioned transfer of the wartime operational control (OPCON) of South Korean forces from Washington to Seoul based on the strong alliance with the United States.

"North Korea has not willingly come forward to improve the situation on the Korean Peninsula, despite efforts by our government and the international community to have peace take root," Suh said. "By forging a firm defense posture, we will back up complete denuclearization and the establishment of a lasting peace on the Korean Peninsula."

For those goals, Suh vowed to beef up practical trainings and fully implement the military agreement with the North. Signed on Sept. 19, 2018, during an inter-Korean summit in Pyongyang, the Comprehensive Military Agreement calls for a series of trust-building and arms control measures under a broader scheme to halt all hostile acts against each other. 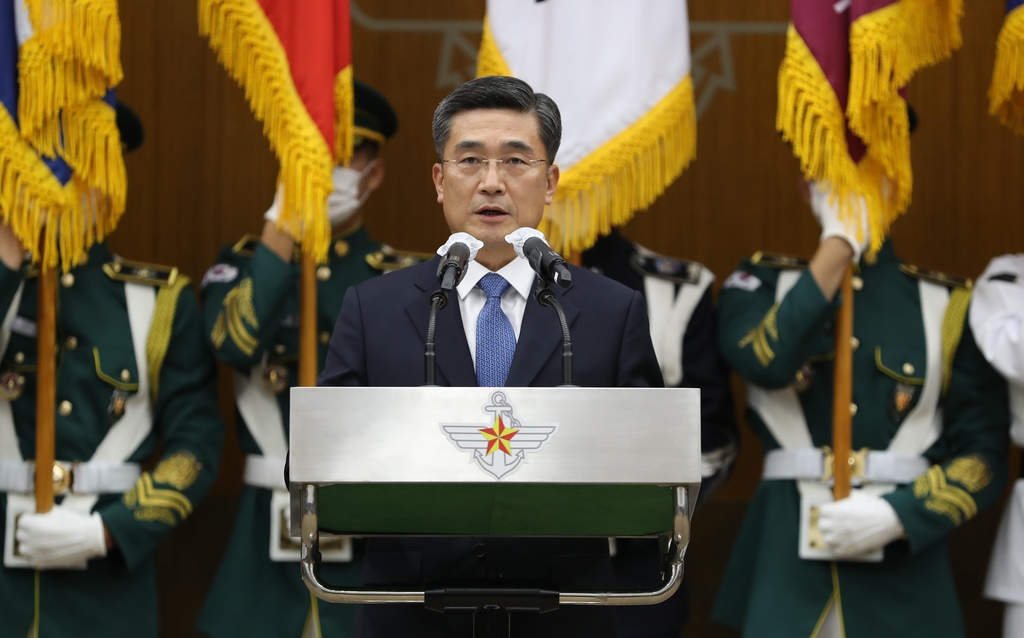 Suh also stressed the importance of strengthening the alliance with the U.S.

"Based upon the strong alliance, we should accelerate the OPCON transfer, which is the need of the times," Suh said. "We will try to meet conditions required for the transition by beefing up major defense capabilities and verifying those accumulated capabilities."

Seoul and Washington are eyeing around 2022 as a target date, though no specific time frame has been set. The right conditions are South Korea's capabilities to lead the allies' combined defense mechanism, its capacity for initial responses to the North's nuclear and missile threats, and a stable security environment on the peninsula and in the region.

The new minister also pledged his commitment to enhanced military roles and capabilities amid heightened tensions in the region "as neighboring countries have sought their own national interests," as well as growing non-traditional security challenges, such as COVID-19 and natural disasters.

As part of the defense reform, the new minister pledged to maximize advanced technologies to better prepare for future battlefields while improving welfare for service personnel and promoting their human rights.

Suh moved from the Army Chief of Staff post to replace Jeong Kyeong-doo who had led the ministry since September 2019.

The new minister, 57, was commissioned as a second lieutenant in 1985 after graduating from the Korea Military Academy, and has served in various prominent posts in the Army and the Joint Chiefs of Staff (JCS).

The outgoing minister, who also led the Air Force and JCS during his 43 years of service, expressed gratitude to service members for their commitment to national defense.

Upon retirement, Jeong will serve as an adviser to the Korea Institute for Defense Analyses (KIDA) for two years. 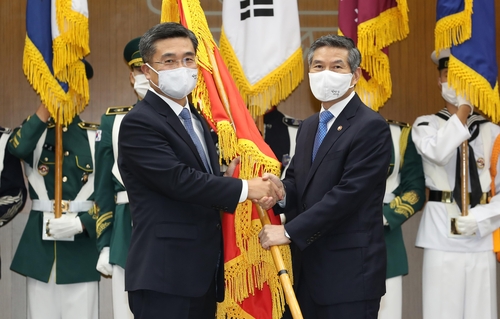 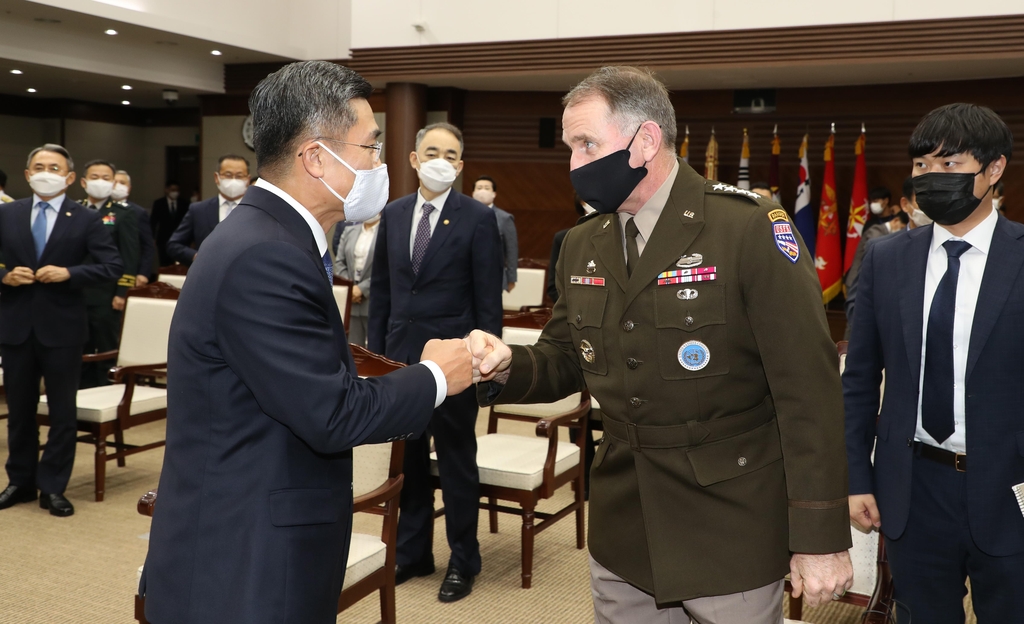