Kimchi, a traditional Korean side dish normally made of fermented cabbage, salt and hot peppers, is eaten with almost all meals for South Koreans.

Local electronics firms have been producing specialty refrigerators for kimchi since many Koreans still make large volumes of kimchi for all-year consumption just before winter. As kimchi boxes also occupy a large amount of space in their family refrigerators, local consumers buy kimchi refrigerators to store the fermented food separately. 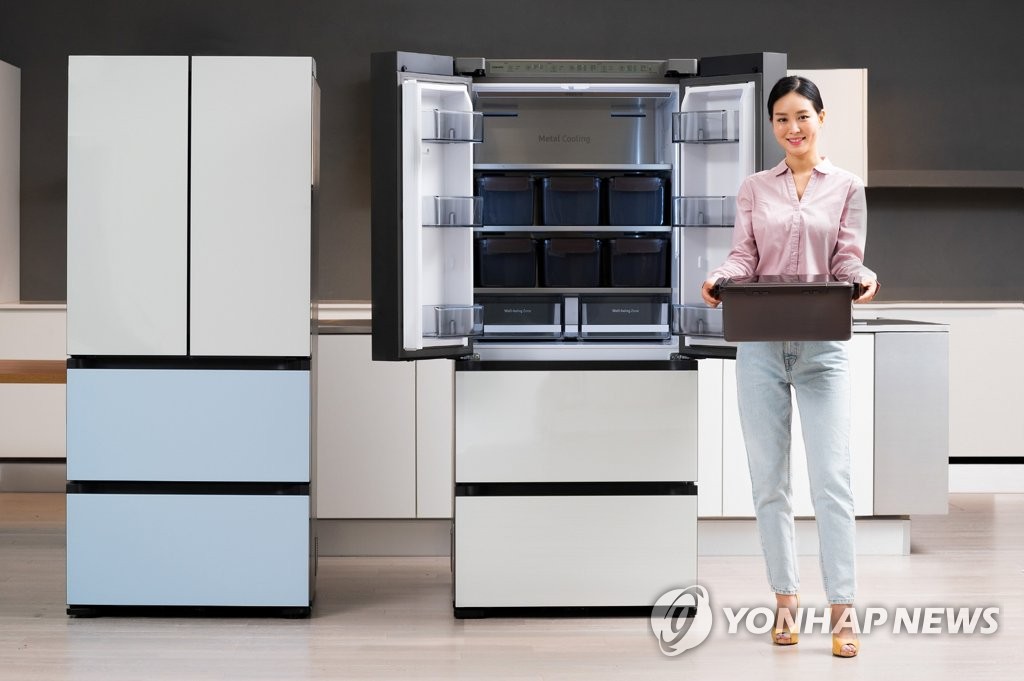 Samsung Electronics Co. last month launched new models of its Bespoke Kimchi Plus line, which allows consumers to customize the design of the refrigerator. The latest refrigerator line offers 19 door panel colors and comes with three types of door designs, allowing users to make their own fridge.

The prices of the new Bespoke Kimchi Plus products range from 1.4 million won (US$1,200) to 5.99 million won depending on sizes and options.

LG said its kimchi refrigerators are equipped with its advanced cooling technology that boosts the production of lactic acid bacteria, which plays a key role in kimchi fermentation, by 57 times compared to normal storage modes. 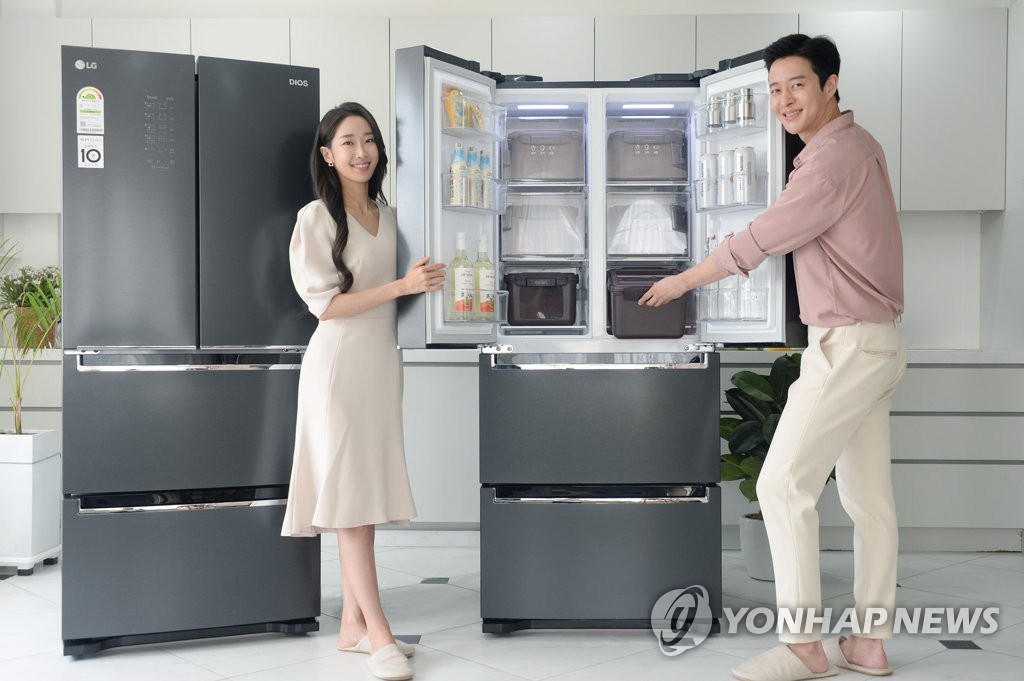 When users scan a barcode of CJ Cheiljedang's Bibigo kimchi products via the LG ThinQ app and insert the manufacture date, LG's kimchi refrigerators will automatically set the optimal temperature and cooling time.

The company said it will cooperate with other packaged kimchi producers to expand the function.

LG said its kimchi refrigerators offer compartments that can be individually controlled with various temperature presets, allowing users to keep other foods in addition to kimchi. Each compartment has a deodorizing filter to minimize the mixing of food odors, it added.

The latest product can also store various foods by setting up separate compartments, and it is particularly focused on storing alcoholic beverages due to the rising number of home drinkers amid the pandemic.

The company said the 2021 edition of the Dimchae kimchi refrigerator comes in 92 models, with 71 of them being standing-type fridges. The prices for the latest refrigerators range from 690,000 won to 4.6 million won depending on type and features. 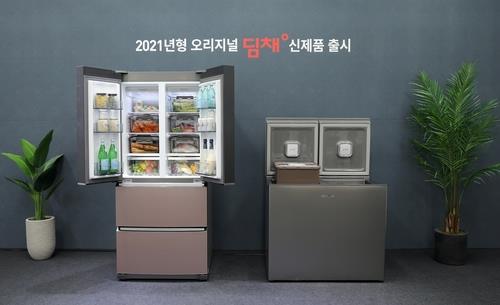