SEOUL, Sept. 18 (Yonhap) -- Some 4,000 parcel delivery workers backtracked from a plan to stop sorting parcels in protest of heavy workloads ahead of the Chuseok holiday, a civic advocacy group said Friday.

The civic task force working for the rights of delivery workers and associated with the progressive Korean Confederation of Trade Unions (KCTU) said the decision was made in line with the government's steps to solve the issue.

"We have decided to change our plan, taking into consideration the government's efforts and inconveniences to the public," it said in a statement. 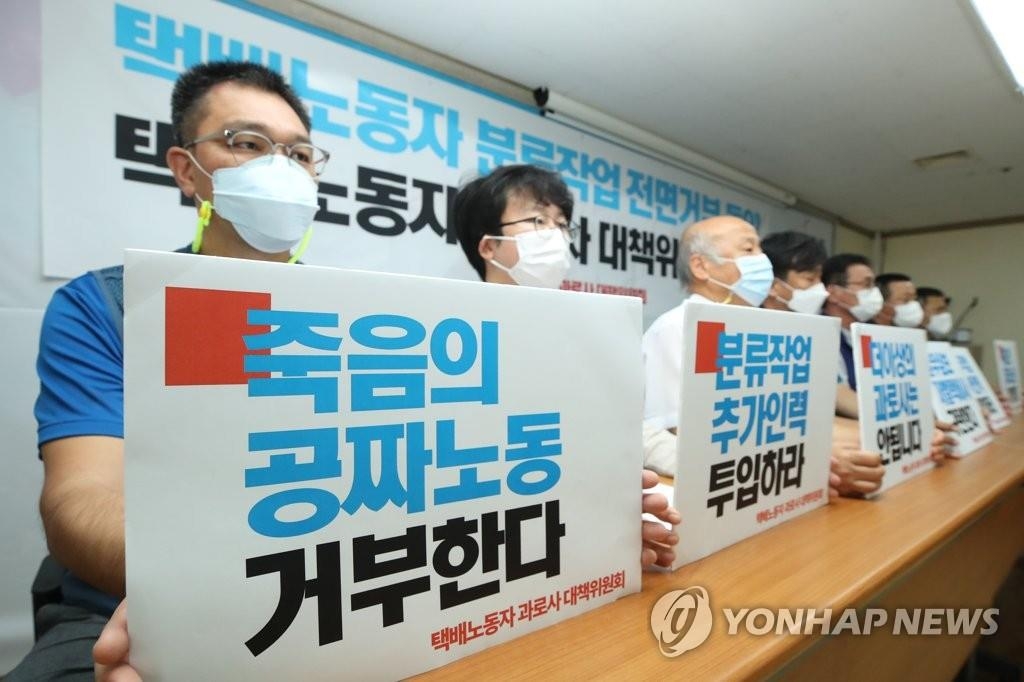 The group threatened on Thursday to stop sorting parcels, a time-consuming process that it argued was the "primary reason" for delivery workers' "long working hours."

"Half of their working hours of 13-16 hours a day focus only on sorting parcels with no additional pay," the KCTU said, warning to refuse the job starting Monday if their demand for additional manpower goes unmet.

Under the plan, an average of 10,000 workers a day will be dispatched to distribution centers from Sept. 14-Oct. 16 for sorting and parcel deliveries.

This year alone, seven parcel delivery workers have died from overwork, as the coronavirus outbreak triggered a surge in online shopping and parcel volumes. 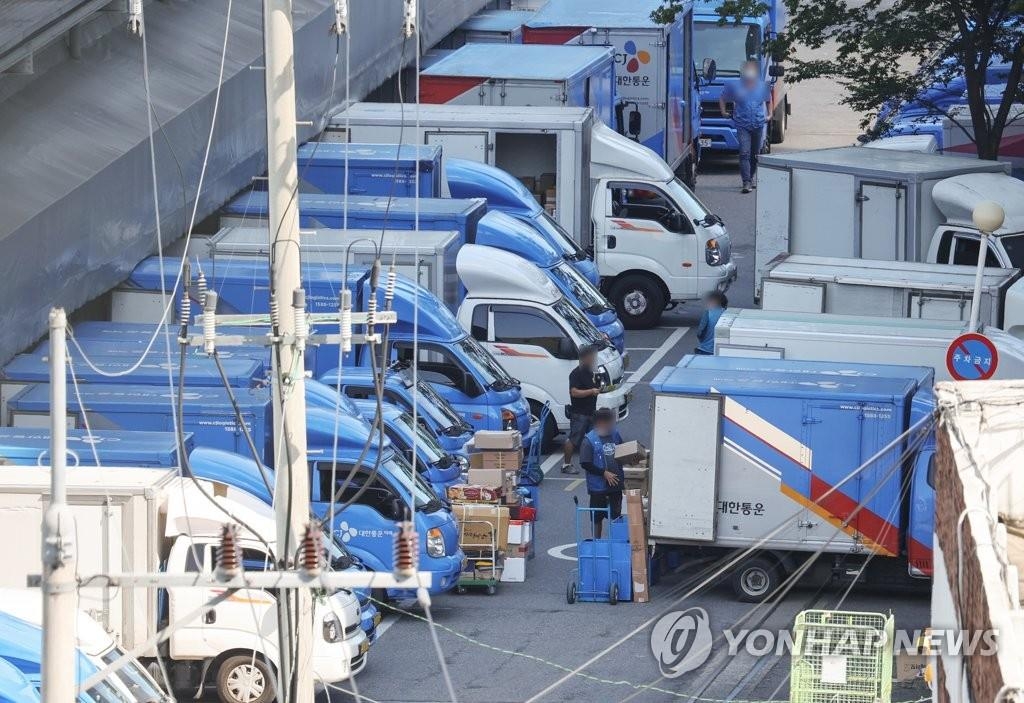