SEOUL, Sept. 18 (Yonhap) -- The National Assembly Secretariat has recommended guidelines to help prevent the spread of the novel coronavirus during next month's audit of government agencies, parliamentary sources said Friday.

"The guidelines are not mandatory," an official at the secretariat said, noting that each standing committee will come up with its own specific rules following consultations among its ranking members.

The guidelines also recommend the use of video links in addition to in-person question-and-answer sessions. If lawmakers are required to travel out of the city to inspect a local government agency, the guidelines recommend that transparent screens be installed in the audit hall.

Unlike previous years, the audits can also be held on Wednesdays in addition to the other four weekdays.

This year's annual audit is scheduled for Oct. 7-26.

The parliamentary foreign affairs committee said earlier that it will not conduct on-site audits of overseas diplomatic missions in consideration of the coronavirus pandemic.

It said the audits will be conducted via video instead but that the ambassadors to the United States, China, Japan and Russia may be asked to return home to attend in-person audits due to the four countries' importance in South Korea's foreign relations.

This will be the first time for overseas audits to be canceled since they were first introduced in 1995. 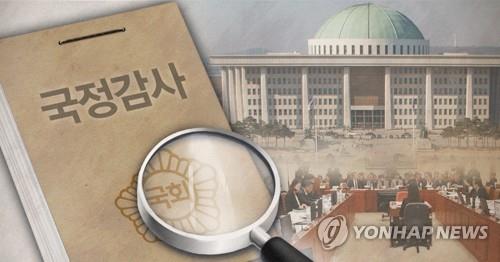