The party's ethics inspection body launched probes this week into allegations of wrongdoing raised against some party lawmakers, including Rep. Kim Hong-gul.

"The party decided to deprive Rep. Kim of party membership as he appeared to not sincerely cooperate with the body in the probe," Rep. Choi In-ho, a party spokesman, said in a briefing at the National Assembly.

The decision took effect immediately and Kim will remain an independent member of the National Assembly.

He has been criticized for failing to fully disclose his wealth during his mandatory property filing with the election watchdog in the run-up to the parliamentary elections in April. Kim omitted his ownership of a purchase right to an apartment when he reported to the National Election Commission that he owned three homes.

His father, Kim Dae-jung, won the Nobel Peace Prize in 2000 for the first-ever inter-Korean summit between him and then North Korean leader Kim Jong-il. 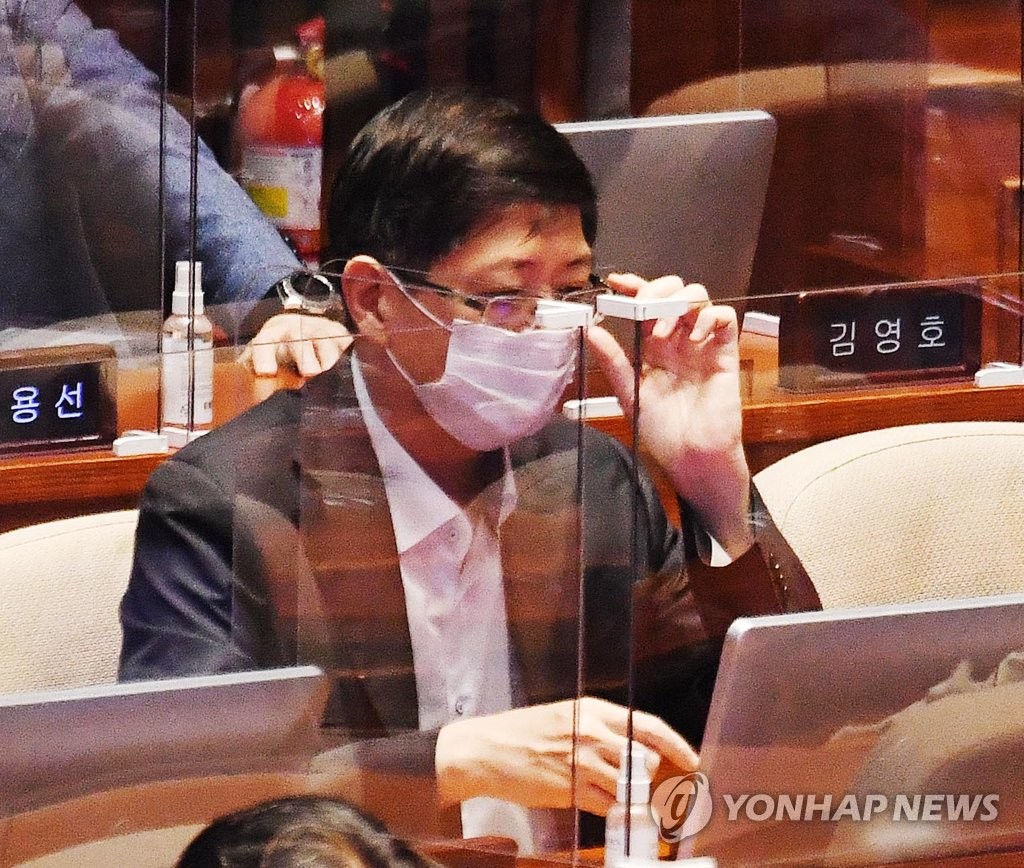