SEOUL, Sept. 19 (Yonhap) -- President Moon Jae-in said Saturday that his Pyongyang summit accord with North Korean leader Kim Jong-un should be implemented despite restraints at home and abroad, marking the second anniversary of its signing.

He stressed that Seoul's commitment to peace remains firm, while the agreement has not been fulfilled speedily due to "internal and external restraints."

In a message posted on Facebook, the president recalled his historic speech in front of 150,000 Pyongyang citizens at May Day Stadium in the North's capital two years ago.

"Together with Chairman Kim Jong-un, I declared denuclearization and peace on the Korean Peninsula," he wrote. 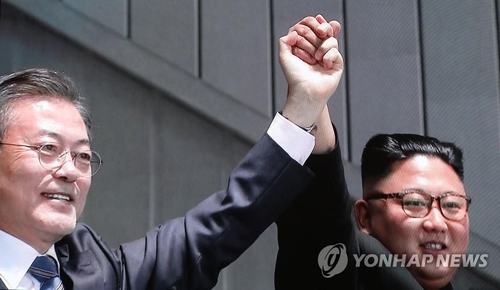 A "concrete and practical" agreement was reached in the military field, which has led to the demilitarization of Panmunjom, a truce village and excavation of remains on Arrowhead Hill, a key battlefield during the 1950-53 Korean War, he added.

"There has since been not a single armed clash between South and North," Moon noted. "It's very valuable progress, which would have been impossible without the wish of the people desiring peace and the international community's support."

But the "clock" of such a peace move has stopped, with the summit deal not being implemented fast due to a failure to move beyond "internal and external restraints," he wrote.

Nonetheless, he emphasized, "Our commitment to peace is firm. The Sept. 19 South-North agreement should be implemented without fail."

A "seed sown in history" is certain to bear fruit no matter when or how, he added. 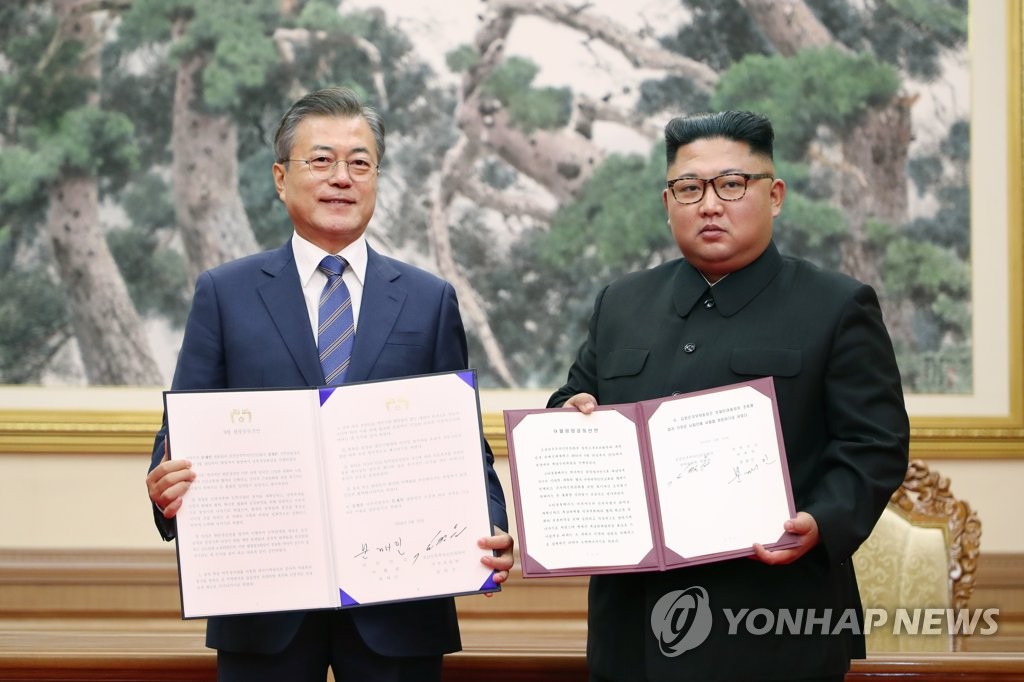 North Korea stayed mum on the summit anniversary. Its state-controlled media and other propaganda outlets have not mentioned it as of Saturday morning, while continuing to release reports on measures against the novel coronavirus and typhoon damage recovery work.

The South Korean government had no official government ceremony to commemorate it either.