"We still hear the rage of young people who complain that unfairness still persists" despite the government's campaign for fairness and justice as well as an egalitarian society, Moon said during the event held at Nokjiwon, a verdant garden inside the presidential compound.

Present at the event were young adults of various ages, jobs and residential areas, including the seven members of BTS, which achieved No. 1 on the Billboard Hot 100 songs chart with "Dynamite."

Moon said his government is "keenly aware of young people's strong demands for even further fairness and will surely meet them." 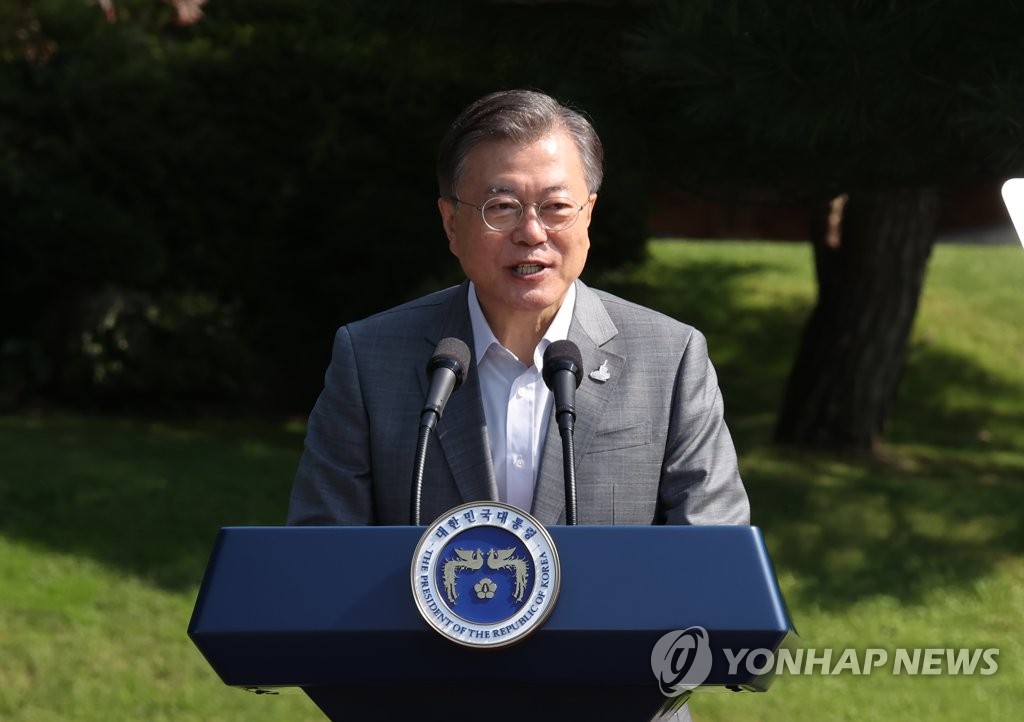 "We will further strengthen our efforts to investigate military service-related irregularities and tax evasion as well as root out violence in the sports community," he added.

His remarks came amid heated controversies over allegations that Justice Minister Choo Mi-ae's son received special favors in connection with sick leave during his 2017 military service.

Last year, Moon also faced a strong public backlash against his appointment of Cho Kuk, one of his key aides, as justice minister in spite of suspicions that his daughter had been granted unjust, or illicit, perks over her schooling.

A growing number of youth are struggling to find quality jobs, with housing prices in Seoul and nearby regions having skyrocketed in recent years.

"We can see the examples of unfairness that seem to repeat themselves endlessly. Some cases of unfairness only reveal themselves in the process of working hard for fairness," Moon said without mentioning any specific examples. "This pertains to systemic unfairness, customary preferential treatment and the like."

The president pointed out that it will take more time for fairness take root as a "common practice" in South Korean society.

"Trial and error as well as conflicts are likely. However, we must have conviction to take the path toward fairness," he said. "Whenever unfair practices show up, we must work together to clearly address them one by one." 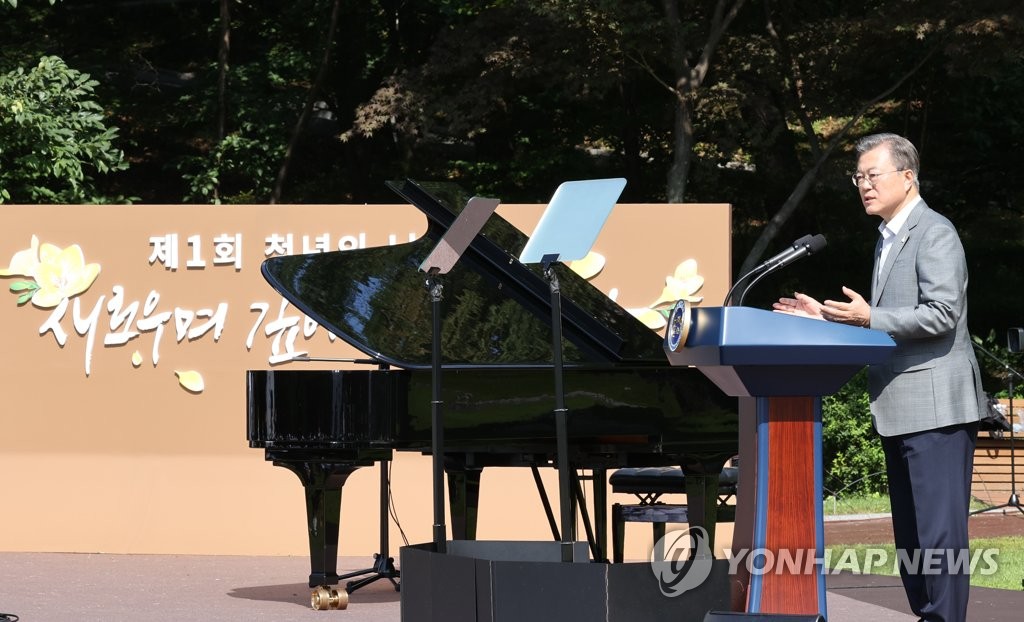 He also stressed the importance of a fair economy, saying it's about providing young adults with impartial opportunities and encouraging them to make "innovative" attempts with fewer worries about the consequences of failure.

"The government will boldly rectify unfairness that exists throughout the lives of the people to ensure that fairness takes root in our society. I hope our young people will take the lead and come together," Moon said.

The government designated the third Saturday in September of each year as Youth Day under the Framework Act on Young Adults enacted last month.

Meanwhile, BTS presented Moon with a purple-colored box as a "Year 2039 Gift" that will be stored at the National Museum of Korean Contemporary History in Seoul, and the contents of it will be unveiled at the 20th Youth Day event. 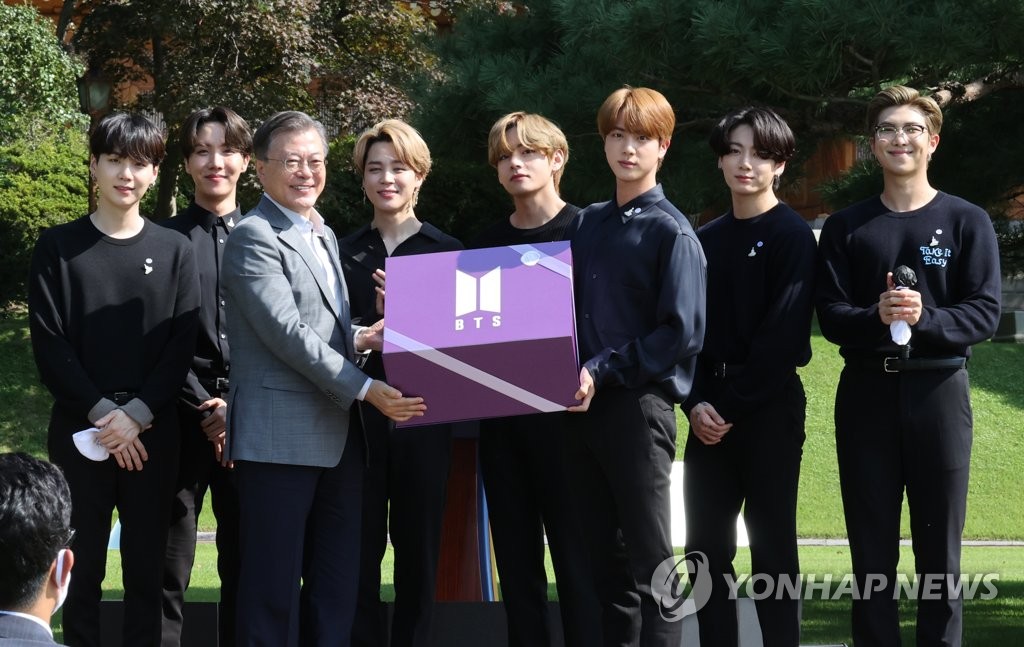