SEOUL, Sept. 20 (Yonhap) -- Prime Minister Chung Sye-kyun on Sunday stressed the need to maintain the current Level 2 social distancing rule ahead of the Chuseok holiday that starts later this month, saying that the country's guard cannot be lowered amid a rise in untraceable COVID-19 infections.

Chung made the remark at a meeting of the Central Disaster and Safety Countermeasure Headquarters convened to discuss whether to adjust the current Level 2 distancing rule.

"Given that there have been around 20 cases being reported outside the greater Seoul area recently, things appear to be good compared with Seoul and its adjacent regions but we still cannot let our guard down as new cluster infections and untraceable cases continue to take place," Chung said.

"The number of cases has dropped to a double-digit range for the first time in 38 days," Chung said. "It is welcome news for sure but we can never fall into complacency given that untraceable infections continue to rise and that the weekend impact of conducting fewer tests is taken into consideration."

The greater Seoul area, home to around half of the nation's population, earlier adopted the so-called enhanced Level 2.5 social distancing policy, including toughened restrictions of business operations. It was lifted last week, but the Level 2 scheme is still in force nationwide.

Recently, most cases have been reported from Seoul and its adjacent areas with the number of infections on a downward trend. Calls are growing for the government to ease the distancing rule outside the metropolitan area so as not to further hurt the local economy.

Health officials, however, have argued that the country should stay vigilant ahead of the Chuseok holiday that starts later this month given that the risk of spread of the virus could increase as people might be moving in droves during one of the country's largest traditional holidays. 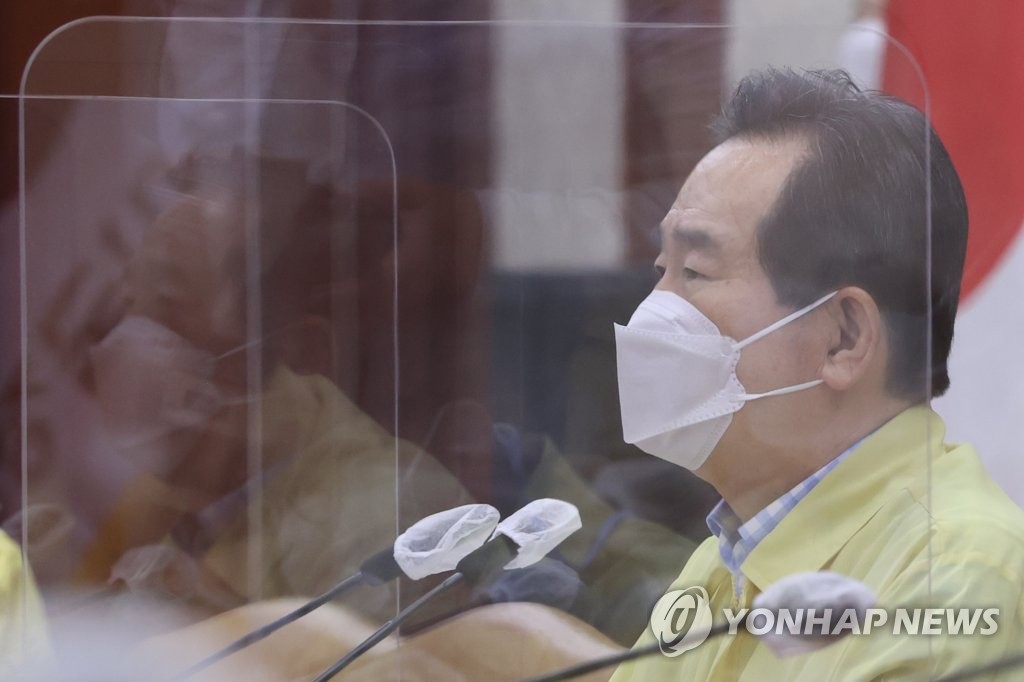