Tesla is slated to hold an annual meeting of stockholders on "battery day" Tuesday afternoon (Pacific time), which will be streamed online.

The electric vehicle giant, which has been working with Chinese battery maker CATL, is widely expected to unveil a new battery with a sharply increased life and a much lower price tag.

Market analysts said the results of the meeting will likely have a big impact on South Korean investors in Tesla and related companies here.

According to the Korea Securities Depository, Tesla has been South Korean investors' most-bought issue among foreign shares, with their buying $2.19 billion as of Friday this year.

Their holdings of Tesla shares thus came to $4.09 billion as of Friday, much higher than the $2.26 billion of smartphone giant Apple shares and the $1.77 billion of online shopping leader Amazon.

Share prices of South Korea's top battery maker, LG Chem, and two other major industry players will also be swayed if Tesla switches its main battery supplier to CATL from Japan's Panasonic, according to the analysts. 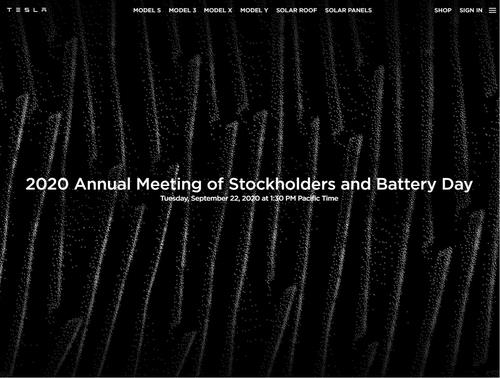