SEOUL, Sept. 21 (Yonhap) -- South Korea's daily new coronavirus cases stayed below 100 for the second consecutive day Monday in what could be a sign of a slowdown in new infections, but the continued high number of untraceable cases and sporadic clusters pose challenges to the country's virus fight.

The country added 70 more COVID-19 cases, including 55 local infections, raising the total caseload to 23,045, according to the Korea Disease Control and Prevention Agency (KDCA).

On Sunday, the number of daily new infections fell below 100 for the first time in 38 days at 82.

The country's new daily infections had been in the triple digits since Aug. 14 due to cases tied to a church in Seoul and an anti-government rally.

"As people cooperated with the social distancing scheme, the number of new patients from the greater Seoul area also fell below 50 for the first time in around 40 days," Yoon Tae-ho, a senior health official, said during a daily briefing. "Over the past three weeks, the reproduction rate also fell below one."

The rate reflects the number of people that a single patient can infect. 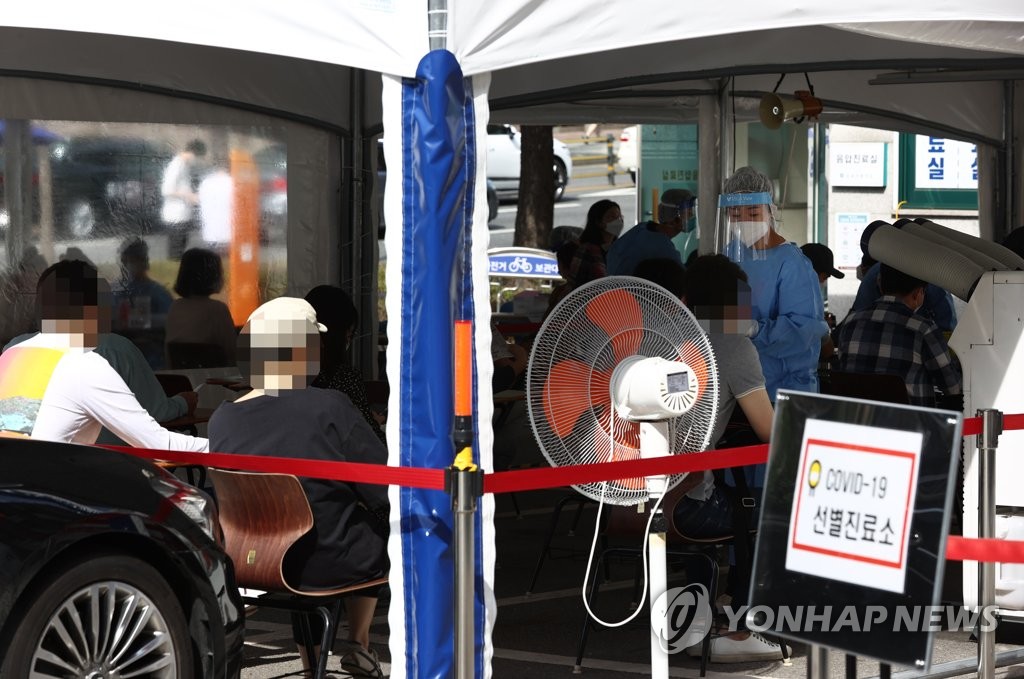 Despite a slight decline, the government on Sunday opted to extend nationwide virus curbs for another week on concerns that the spread of the virus may worsen again during the upcoming Chuseok holiday.

The Level 2 social distancing scheme, which has been under way since late August, will be extended to Sept. 27, as untraceable cases, coupled with cluster infections, have lingered ahead of Chuseok, the autumn harvest celebration.

Large-sized facilities that are allowed to operate will need to keep entry logs of all visitors and make sure that they maintain a safe distance.

Students in Seoul and the surrounding areas, however, returned to school for in-person learning starting Monday.

The country plans to operate a two-week special virus infection preventive scheme after Sept. 27 to brace for Chuseok, when millions normally travel to visit their relatives.

Health authorities warned South Korea may face another wave of the pandemic in autumn, depending on how it deals with the virus over the holiday period. 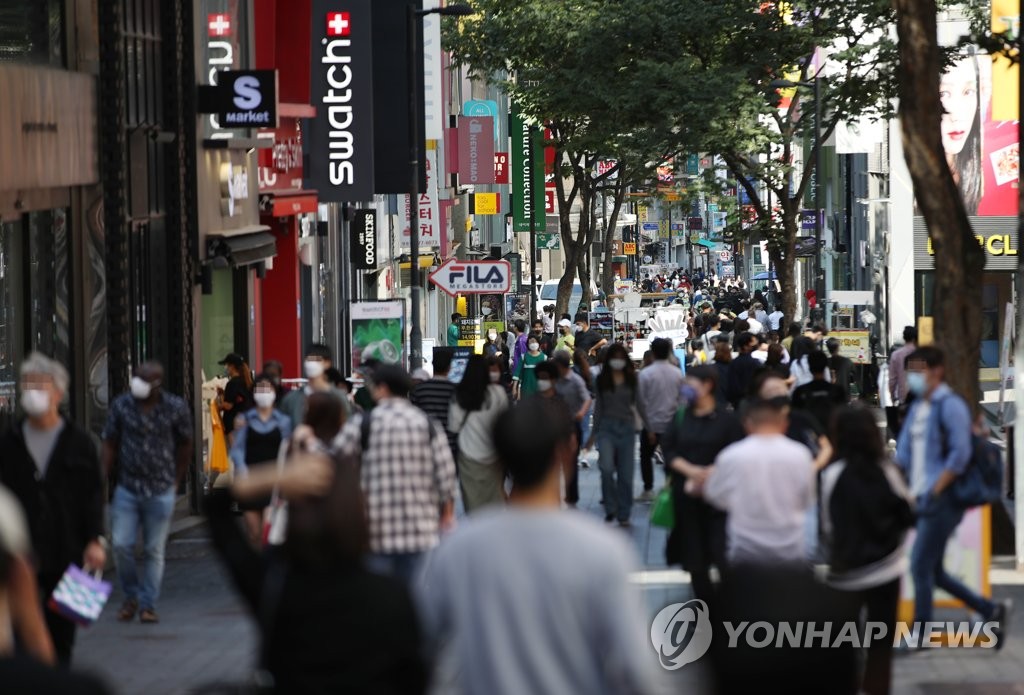 Of the additional locally transmitted cases, 21 came from Seoul, and 18 were reported from the surrounding Gyeonggi Province. Incheon, located west of Seoul, added just one more patient.

The southern port city of Busan reported eight new cases. Two cases were reported from the central city of Daejeon.

Infections tied to last month's anti-government rallies came to 616 as of Sunday.

A psychiatric hospital located in the north of Seoul added five more related patients, raising the total to 24.

Cases with unknown transmission routes accounted for 27.4 percent of all cases reported in the past two weeks, according to the latest data provided Sunday. Cluster infections also accounted for 26 percent of the newly added cases over the period.

The country has been struggling to avoid the highest level of social distancing, which would include banning gatherings of 10 or more people. This would have a severe impact on the nation's economy.

The number of imported cases came to 15.

Of the imported cases, four were from the Philippines. India and Turkey also accounted for three cases each. There were also infections from Indonesia, Russia, Kyrgyzstan, Japan and Australia.

A total of 20,248 people has been released from quarantine after making full recoveries, up 90 from the previous day. Nearly 88 percent of the patients reported here have been cured.