The nation's outbound shipments stood at US$29.6 billion in the Sept. 1-20 period, up $1.02 billion from a year ago, according to the data from the Korea Customs Service.

The average daily exports during the 20-day period, however, dropped 9.8 percent.

Imports declined 6.8 percent on-year to $25.1 billion in the 20-day period, according to the data.

By segment, exports of memory chips, a key item, jumped 25.3 percent, and those of automobiles surged 38.8 percent on-year in the 20-day period.

The Organization for Economic Cooperation and Development (OECD) has predicted that South Korea's economy could shrink 1.2 percent this year, as the global economy is expected to have its worst year since the Great Depression of the 1930s due to the pandemic. 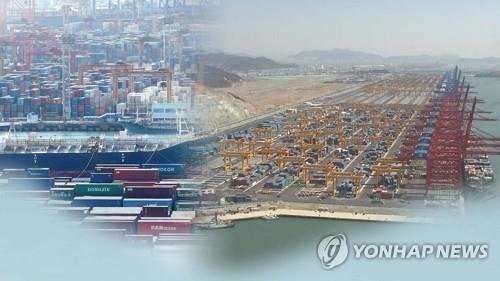