He was speaking at his first Cheong Wa Dae meeting in 1 1/2 years on a related strategy with government ministers and senior ruling Democratic Party (DP) officials.

"Our government's reform (work) of the power institutions is making irreversible progress," Moon said at the outset of the session. "Now, we will have to work harder to complete the remaining tasks."

He added that the government should cooperate closely with the National Assembly on legislative matters and implement what has been legislated at an early date. 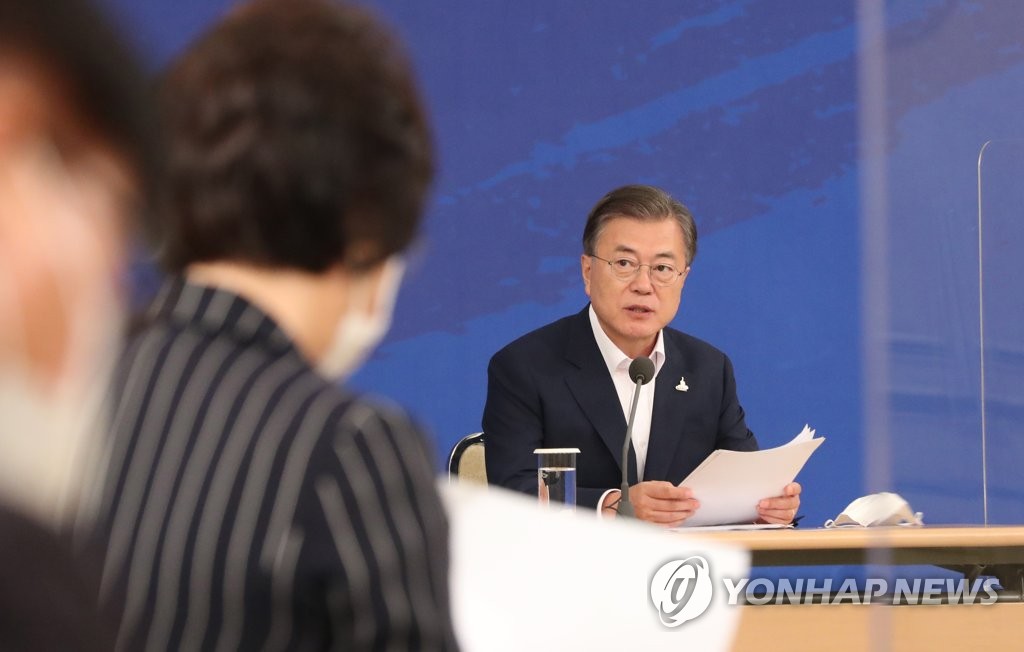 The president pointed out a delay in the launch of a non-prosecution unit to specialize in probing corruption among high-level government officials despite the passage of a relevant bill.

He urged for cooperation with opposition parties on recommending candidates to lead the new agency.

He noted that it is a "very difficult" task to adjust the role and authority of the prosecution and police, as the government seeks to introduce an autonomous police system to be operated separately from the national police supervised by the central government.

In particular, the nation's state prosecution has also been regarded as having excessive power, and the Moon administration plans to grant police more investigative power. The NIS is accused of having intervened in domestic politics.

Moon stressed the significance of "systemic cooperation" based on "checks and balances" among the power institutions to better serve the interests of the people. 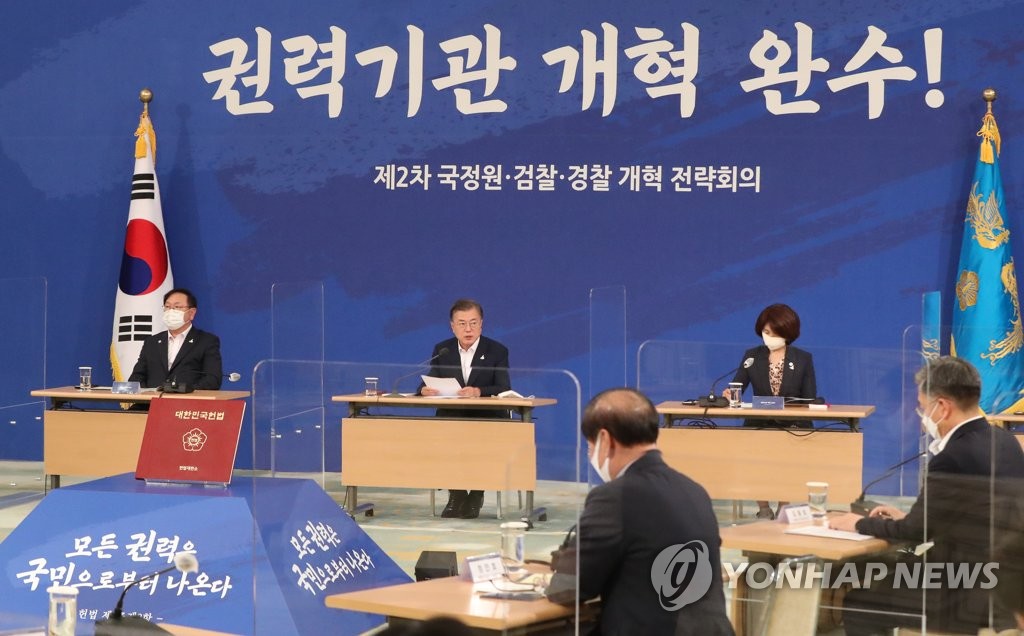 The meeting, meanwhile, came amid controversies over allegations that the justice minister's son had received unjust, or illegal, favors especially in connection with sick leave during his 2017 military service.

A Cheong Wa Dae official told reporters that the strategy meeting on reforming the power institutions is not linked with the Choo scandal.

Choo is at the forefront of the government's campaign to reform the prosecution. She is apparently at odds with Prosecutor-General Yoon Seok-youl, who is not a member of the Cheong Wa Dae strategy meeting.

During a joint briefing by the relevant ministries, the justice minister pledged to stand at the forefront of the prosecutorial reform.

The ministry has made some meaningful progress on that front, she said, by scaling back direct investigation by prosecutors and restructuring the prosecution to focus more on cases related to the people's livelihoods.

The minister also noted renewed emphasis on the protection of basic human rights during investigations, such as putting in place restrictions on late-night probes.

"By overhauling the prosecution's structure and working systems, we will make sure prosecutors do not engage in direct investigation, and work for public good to safeguard human rights, as well as the validity of investigations," Choo said.

Moon presided over the previous session in February last year.