SEOUL, Sept. 21 (Yonhap) -- Samsung Electronics Co. lost its status as the top smartphone vendor in the Indonesian smartphone market in the second quarter of the year, dropping to the third spot, a report showed Monday, as Chinese brands expanded their presence with budget devices.

Samsung clinched a market share of 19.6 percent in the Southeast Asian country in the April-June period, down from 27 percent a year ago when it was the top smartphone vendor in Indonesia, according to industry tracker Counterpoint Research.

China's Vivo was the leading smartphone brand in Indonesia in the second quarter of the year after its market share jumped to 21.2 percent from 7.8 percent a year earlier, data showed.

Its compatriot Oppo came in second with a 20.6 percent market share, up from 17.5 percent a year ago.

"Samsung has been doing well in the Indonesian market, but as sales of smartphones priced under US$100 increased due to the COVID-19 pandemic, Vivo and Oppo expanded their market share," said Park Jin-suk, a researcher at Counterpoint Research. 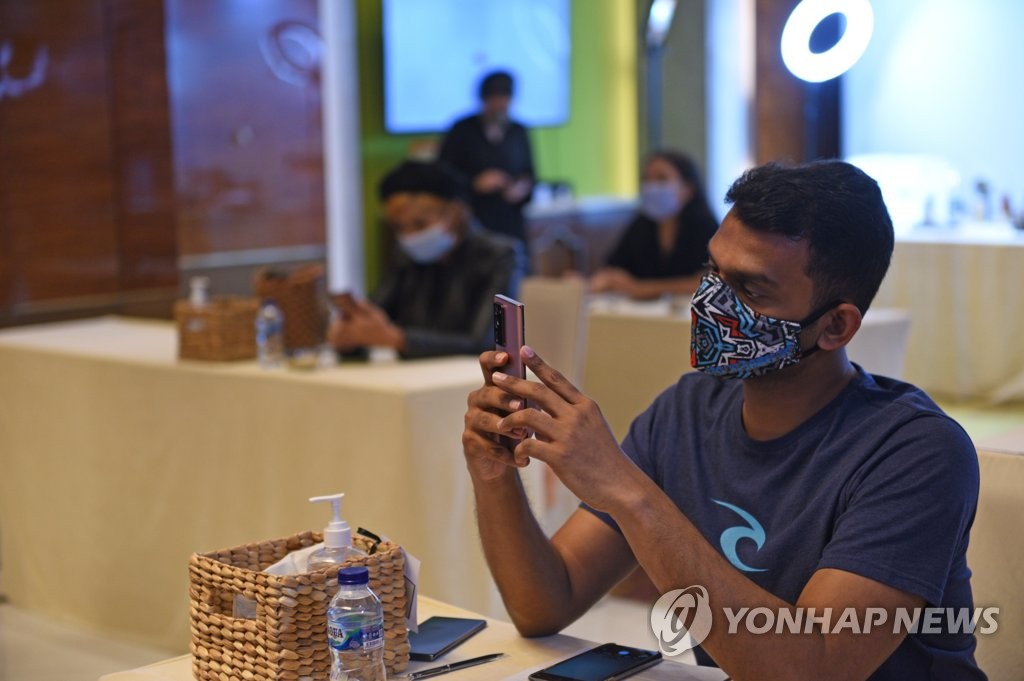 The market researcher said Indonesia's overall smartphone market contracted 20 percent on-year in the second quarter of 2020, but online sales soared 70 percent from a year ago.

When it comes to online smartphone sales, China's Xiaomi was the top player with a 39 percent market share, followed by Realeme with 33 percent and Samsung with 10 percent.

"To better cope with Chinese brands' budget phones, Samsung needs to find cost-efficient ways in regards to its smartphone components and sales channels," Park said. "If Samsung can reinforce its online sales channel, it is expected to make fast recovery of its market share with its solid brand image in Indonesia."