Suga sent a reply to Moon on Saturday for his congratulatory message, as he was sworn in as the successor of Shinzo Abe, according to Cheong Wa Dae spokesman Kang Min-seok.

Suga said he hopes that the two sides will establish forward-looking ties by overcoming "difficult issues," Kang added without elaborating. 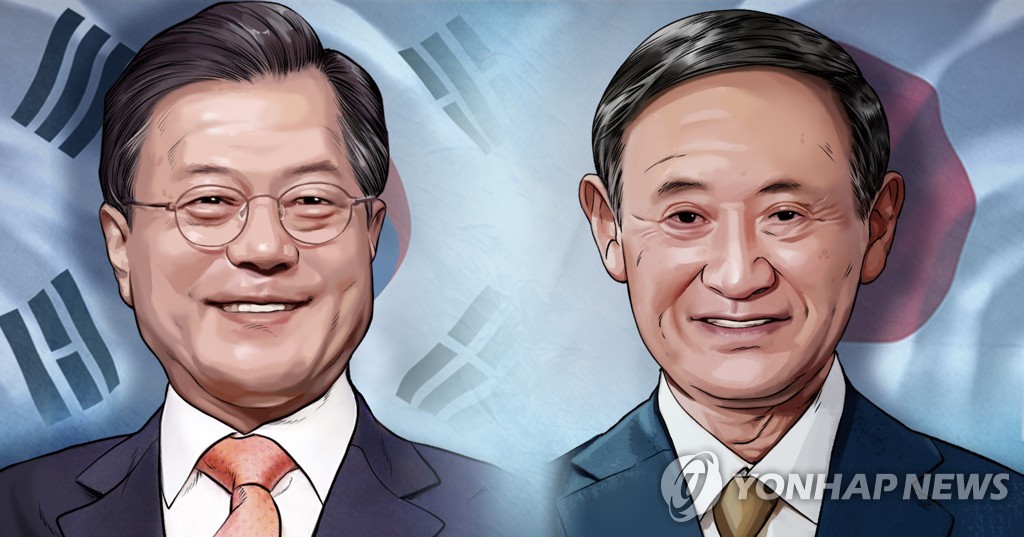 Moon earlier sent a letter to Suga, in which he proposed joint efforts to improve Seoul-Tokyo relations, shortly after his inauguration.

On Sunday, Suga reportedly had a phone conversation with U.S. President Donald Trump.

Cheong Wa Dae officials have not announced when Moon will also talk with Suga on the phone.