SEOUL, Sept. 21 (Yonhap) -- Hyundai Motor Co. and its labor union agreed Monday to freeze wages for the first time in 11 years as the carmaker struggles to ride out the impact of the coronavirus pandemic.

The two sides reached a wage deal without a strike for the second consecutive year, the company said in a statement.

The union accepted the company's proposal that included a freeze on basic pay, a one-off bonus amounting to 150 percent of monthly salary, 1.2 million won (US$1,029) in special COVID-19 allowance, 10 company shares and 200,000 won in gift certificates.

Union members will vote on the agreement Friday.

It is the third time that Hyundai and the union have agreed on wage freeze, after during the 1998 Asian foreign exchange crisis and the 2009 global financial crisis.

Before the announcement of the deal, shares in Hyundai rose 2.2 percent to 185,000 won on Monday, outperforming the broader KOSPI's 1 percent loss. 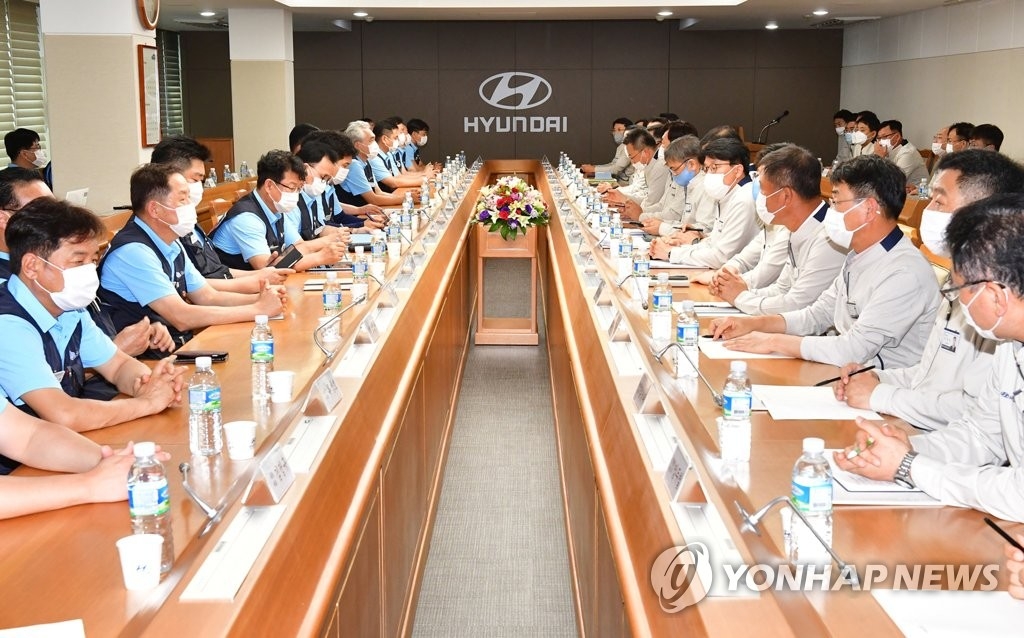