The Odyssey G7 T1 Faker Edition is inspired by T1's star League of Legends player Lee Sang-hyeok, who is best known by his in-game name Faker, according to Samsung.

The special edition comes with an exterior design using T1's signature colors, red and dark silver, and features the partnership logo of Samsung and T1.

The curved monitor is also engraved with the signature of Faker on the stand and the lower bezel. 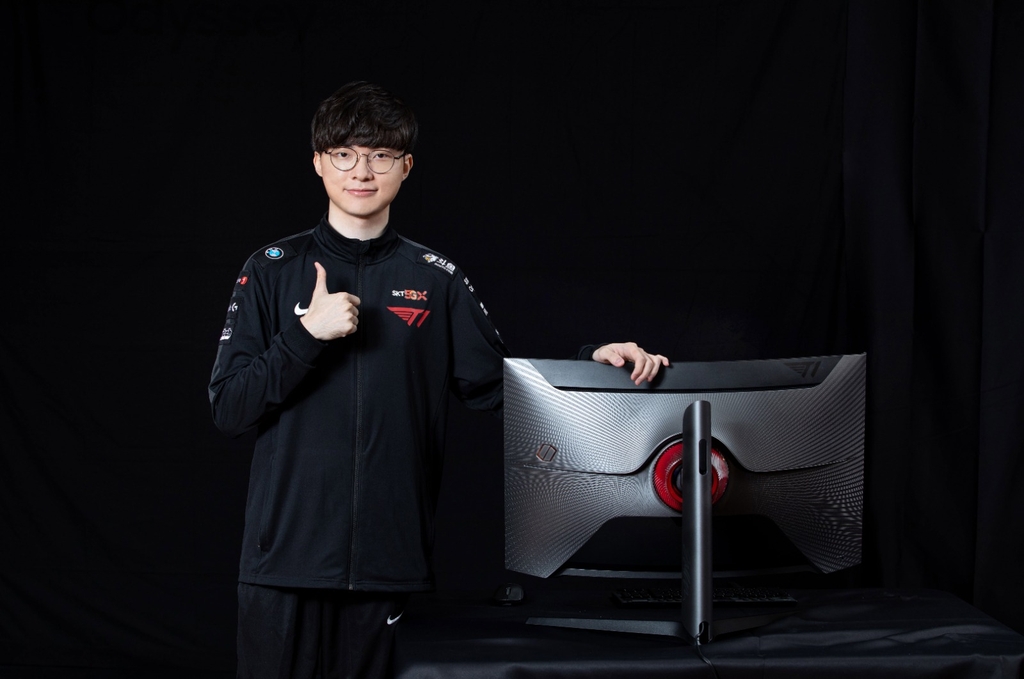 The Odyssey G7 monitor was unveiled earlier this year with its QLED display boasting curvature of 1000R, delivering an immersive viewing experience for gamers. It also features a 240Hz refresh rate and 1ms response time.

Samsung signed a partnership with T1 in May to boost its presence in the fast-growing gaming monitor market.

According to market researcher International Data Corp. (IDC), the global gaming monitor market is estimated to grow from roughly 7.8 million units in 2019 to 12.2 million by 2023.