SEJONG, Sept. 22 (Yonhap) -- Finance Minister Hong Nam-ki said Tuesday a fourth supplementary budget would help small merchants navigate through the difficult time as they were hit by a recent resurgence of the new coronavirus.

Hong made the remarks as the ruling Democratic Party and the main opposition People Power Party were expected to vote on the fourth extra budget bill later in the day.

Hong said the government will hold a Cabinet meeting Wednesday to swiftly allocate the budget, if the bill is approved.

Hong said the deal was largely in line with the government's budget proposal.

Tuesday is a potential deadline for the government to provide relief handouts to small merchants before the Chuseok holiday that begins Sept. 30, Hong has said. 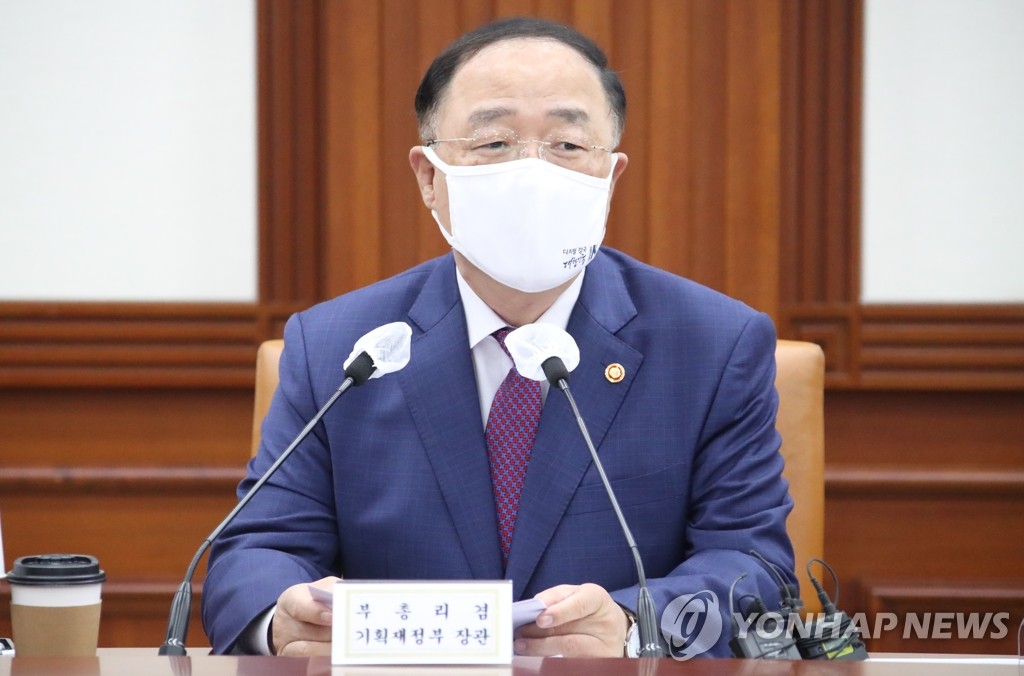