SEOUL, Sept. 22 (Yonhap) -- K-pop superstar BTS will deliver a special message at the 75th United Nations General Assembly this week, returning to the annual U.N. gathering as a speaker in two years, according to UNICEF's South Korean committee Tuesday.

According to the Korean Committee for UNICEF, BTS' "message of hope" will be broadcast at 9 a.m. Wednesday (U.S. time) during the high-level meeting of the U.N. Group of Friends of Solidarity for Global Health Security.

The South Korean boy band will talk about the difficulties that future generations will face due to COVID-19, the committee said.

The U.N. Group of Friends of Solidarity for Global Health Security was launched by South Korea in 2020 to discuss health security issues, such as COVID-19. It involves 40 U.N. member states, with South Korea, Denmark, Sierra Leone, Qatar and Canada as co-chairs.

The speech will mark BTS' second time speaking at the U.N. General Assembly. The group spoke at the launch ceremony of UNICEF's Generation Unlimited program at the 73rd general assembly in 2018. 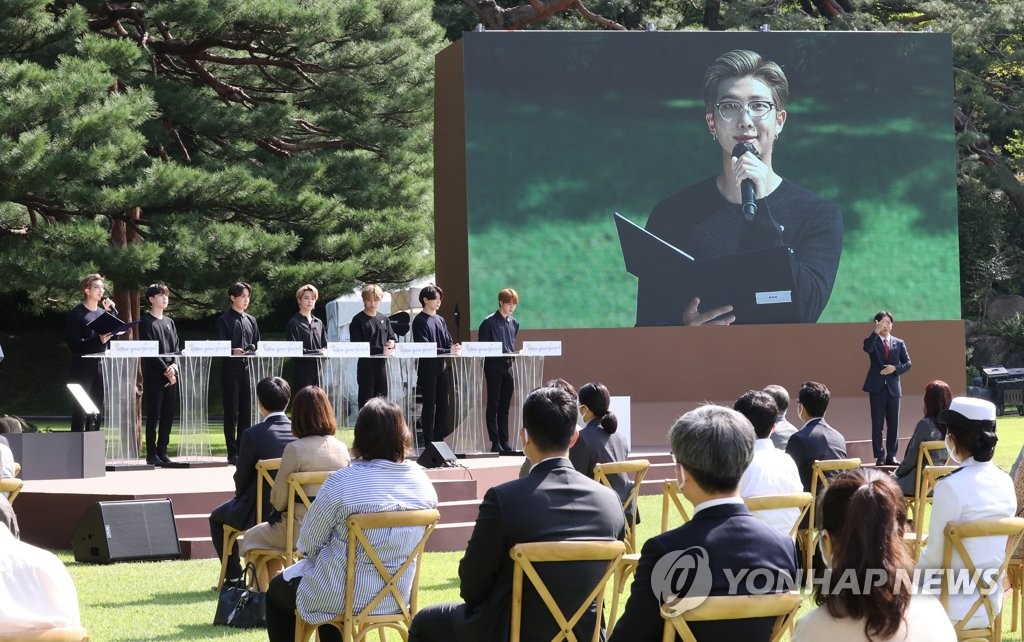 BTS has worked with UNICEF since 2017 on the campaign "Love Myself" to end violence against youths.

The septet made history when it became the first South Korean artist to top Billboard's Hot 100 singles chart on Aug. 31 with its latest single "Dynamite." 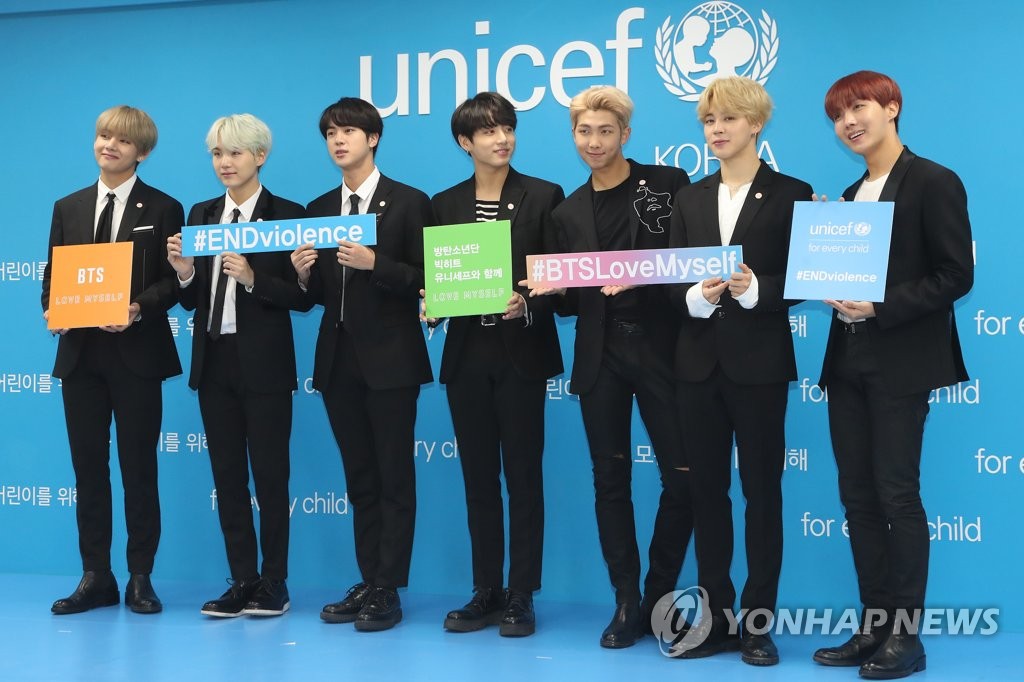