SEOUL, Sept. 22 (Yonhap) -- Military officers are under investigation over a suspected leak of classified information regarding a project to build an indigenous Aegis-equipped destroyer, government officials said Tuesday.

Around three Navy officers allegedly allowed Hyundai Heavy Industries Co. officials to secretly film documents related to the envisioned next-generation destroyer project in 2014 to give the shipbuilder an advantage in winning the contract.

The military authorities have been looking into the case since 2018 and around a dozen Hyundai Heavy officials are also under investigation by the civilian prosecution, according to the officials.

After years of preparations, South Korea decided in 2018 to locally build 6,000 ton-class destroyers by the late 2020s under the 21 billion-won (US$17.6 million) Korea Destroyer Next Generation (KDDX) project.

In July 2020, Hyundai and Daewoo Shipbuilding & Marine Engineering Co. submitted their bids for the basic design of the new destroyers, and the winner is expected to be chosen within this year.

"The project has been going on normally in accordance with due procedures and regulations," a Defense Acquisition Program Administration (DAPA) official said. "We will take necessary, appropriate steps according to a court ruling." 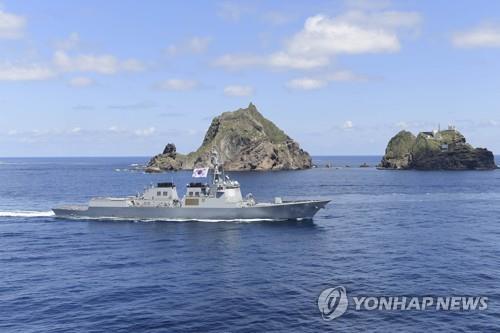