SEOUL, Sept. 22 (Yonhap) -- North Korea appears to be actively preparing for a military parade expected to be held next month in Pyongyang to mark the founding anniversary of the ruling Workers' Party, a U.S. monitoring website has said.

According to a Monday report by 38 North, recent satellite imagery revealed that more than 40 vehicles on the roads of the Mirim airfield in the capital city leading to the replica of Kim Il-Sung Square, which "strongly suggests a large military parade is planned" for the anniversary that falls on Oct. 10.

"Among them is a group of nine longer vehicles, three abreast, that are likely multiple-rocket launcher vehicles," the website said. "Based on the size and scope of past parades, the vehicles observed likely represent only a fraction of what will be on display during the celebration."

Earlier this month, 38 North released satellite imagery showing signs of the North's rehearsals for the parade. 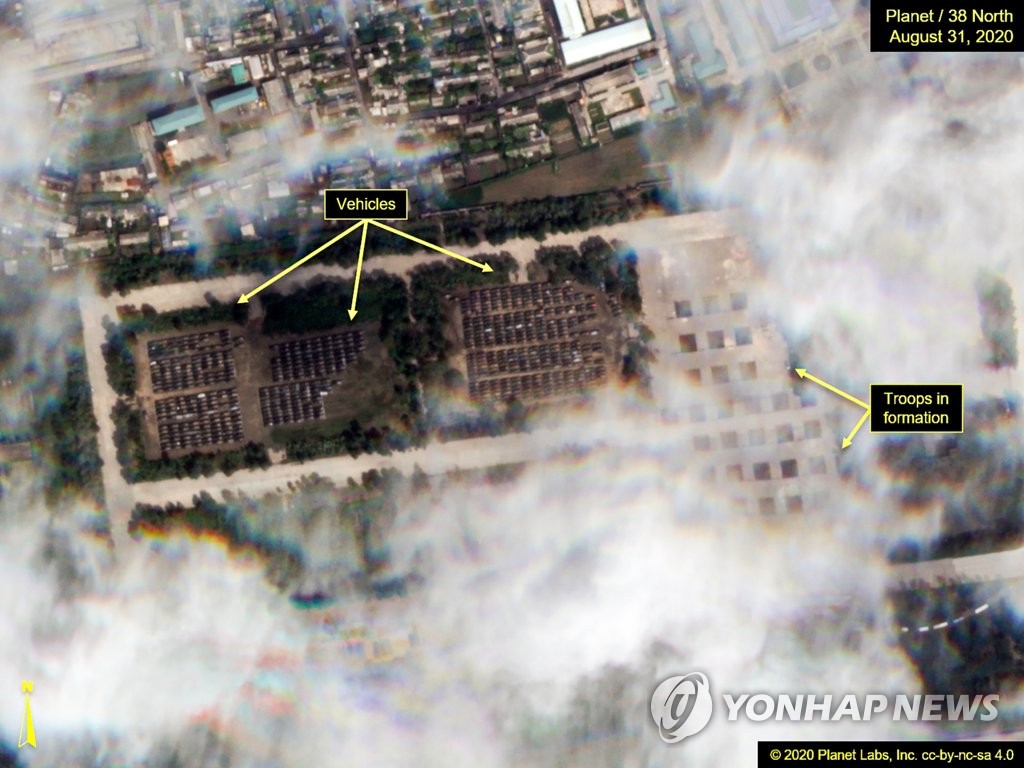 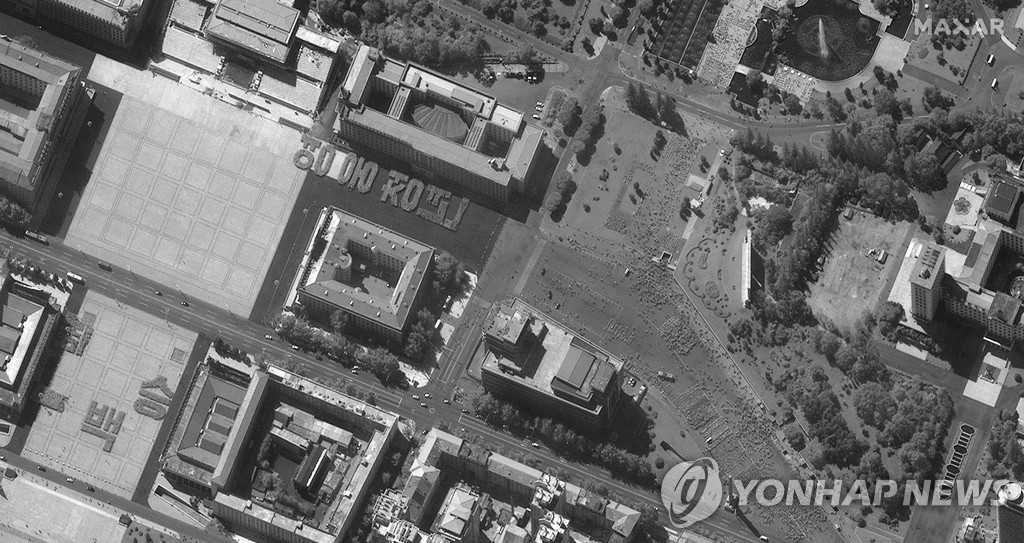