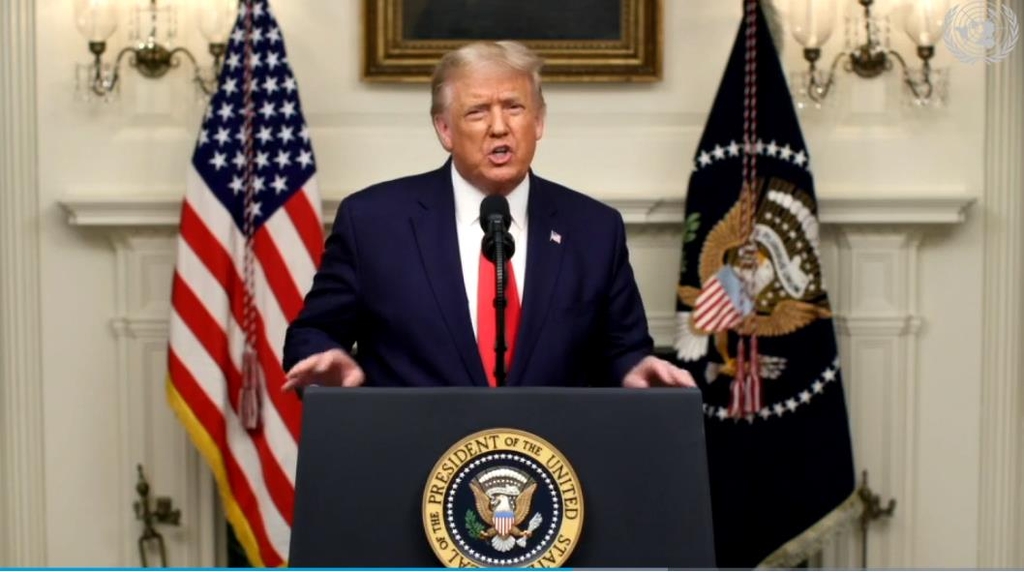 "President Trump is the first American president to meet with North Korea's leaders," Craft said while introducing the U.S. president before the general debate of the U.N. General Assembly in New York.

"Americans held captive in North Korea have come home. There have been no new nuclear tests, no long range missile tests, a dramatic lowering of the diplomatic temperature in the region, and an opening for a lasting agreement that brings peace to the (Korean) peninsula," she added.

Their talks, however, have stalled since June 2019 when they last met, briefly inside the Demilitarized Zone that divides the two Koreas.

Craft also praised Trump for brokering the first peace agreement in the Middle East in over two decades, referring to the so-called Abraham Accord peace agreement signed last week by Israel, Bahrain and the United Arab Emirates.

"President Donald J Trump has delivered on the promises he made to the American people. And the world is more peaceful as a result," she told the U.N. meeting.

In a virtual message, Trump insisted other leaders should also put their country first.

"But only when you take care of your own citizens, will you find a true basis for cooperation," he said.

"As president, I have rejected the failed approaches of the past -- and I am proudly putting America First, just as you should be putting your countries first. That's okay, that's what you should be doing," Trump added.