SEOUL, Sept. 25 (Yonhap) -- Lying on a couch after work, Lee Sun-young, a 41-year-old office worker, often browses a list of goods uploaded on an online secondhand marketplace app as she seeks to find a good deal.

Since Lee successfully sold a shoulder massager, mugs and other miscellaneous goods last year through the country's most popular secondhand goods-trading app Danggeun Market, her daily routine has included checking the list of pre-owned products on the app.

"I recently bought soap-making materials for my hobby at a quarter of the price. It was a perfect deal for me," Lee said.

Transactions of secondhand goods have recently gained momentum in South Korea as part of a new consumption culture, with more people viewing such trade as "wise, practical" ways of spending.

Mobile secondhand marketplace platforms, including Danggeun Market, have flourished in line with high demand for such trade amid an economic downturn sparked by the new coronavirus outbreak. 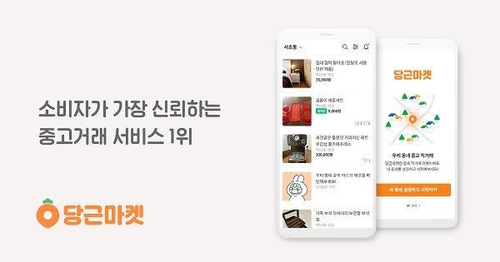 "Secondhand transactions increase when the economy slows down. Amid a fall in disposable income, demand for trading pre-owned goods has been boosted by the development of apps," said Suh Yong-gu, a professor at Sookmyung Women's University.

South Korea's secondhand market is estimated to have reached around 20 trillion won (US$17.2 billion) in 2018, five times higher than 4 trillion won in 2008, when the country was in the midst of the global financial crisis, according to industry data.

Combined users based on the online community and its app reached around 22.5 million last year, with the value of total transactions hitting 3.5 trillion won, according to a report by eBEST Investment & Securities Co.

Launched in 2010, Bungaejangter, the operator of the country's first secondhand transactions app, has drawn around 10 million users, the report said. Its main customers are people in their 10s and 20s.

Danggeun Market was launched in July 2015 as a secondhand transactions platform among IT workers in Pangyo, a tech district south of Seoul. Its service was expanded across the nation in January 2018 with the concept of community-based transactions with neighbors. 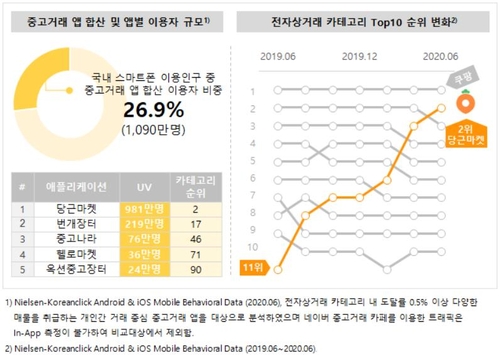 Danggeun Market has since undergone explosive growth, becoming the most downloaded app in South Korea in the second quarter, with the number of monthly average users (MAU) on Danggeun Market topping 10 million in early September, according to the company.

One of the app's main features is to link sellers and buyers located within a 6-kilometer radius. Transactions are mainly conducted face-to-face.

"With other secondhand market platforms, you trade with a person who you will never see again. But with Danggeun Market, you can trade various items with your neighbors, and its users carry out a deal with good manners," Kim Jae-hyun, co-head of Danggeun Market, said in an interview with Yonhap News Agency in July.

The COVID-19 pandemic has given an unexpected boost to secondhand goods transactions, as the longer people stay at home to avoid virus infections, the more they find unnecessary goods.

A 33-year-old office worker, surnamed Lee, said as she is working at home due to the virus outbreak, she has naturally noticed products rarely used at her house.

"I've sold candles, books and products for babies through Danggeun Market. I've sent some goods via parcel delivery services out of concerns over COVID-19," she said.

Diverse products are up for sale on the app, ranging from daily necessities, clothes, books and toys to luxury-brand bags and shoes.

When the craze to secure Starbucks Korea's reward items ran high this summer, its limited-edition suitcases and camping chairs, as well as "e-frequency" reward stamps, were in high demand on Danggeun Market. 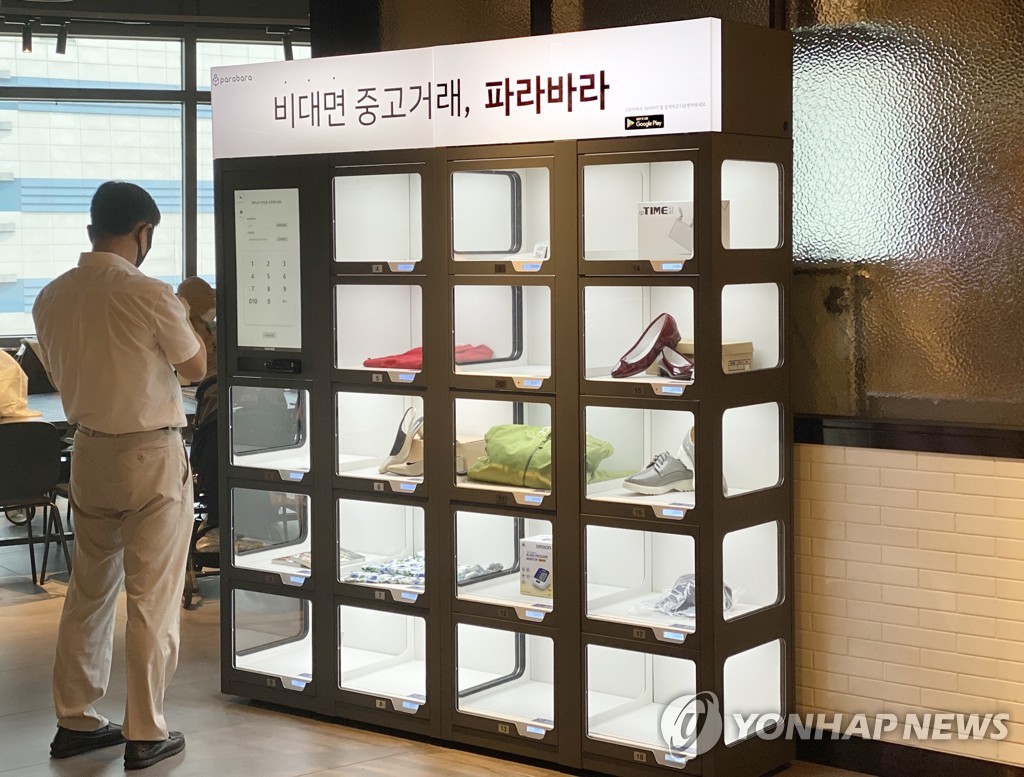 To compete with major rivals, new operators of secondhand transactions are also evolving.

A seller can put a product into the transparent vending machine after registering details on the Parabara app. A potential buyer can decide whether to purchase the product after seeing it in person.

"I was exploring ways for non-contact transactions," Kim Gil-jun, chief of Parabara, said.

Despite the boom in online secondhand transactions, users face the risk of being exposed to fraud.

The number of consultation and settlement cases over e-commerce disputes reached 20,845 last year, up 11 percent from the previous year, according to the Korea Internet Security Agency.

Despite some side effects from the flourishing secondhand goods transactions, experts said the market will grow further.

"On the back of people's lifestyles seeking 'minimalism,' secondhand transactions are expected to thrive down the road," professor Suh said.

A 31-year-old office worker, surnamed Khang, said he cannot give up transactions of pre-owned goods due to the joy of bargains.

"Despite the risk of being ripped off, I've often used secondhand transactions to buy camera lenses at a lower price. I felt joy and satisfaction when I bagged a bargain," he said. 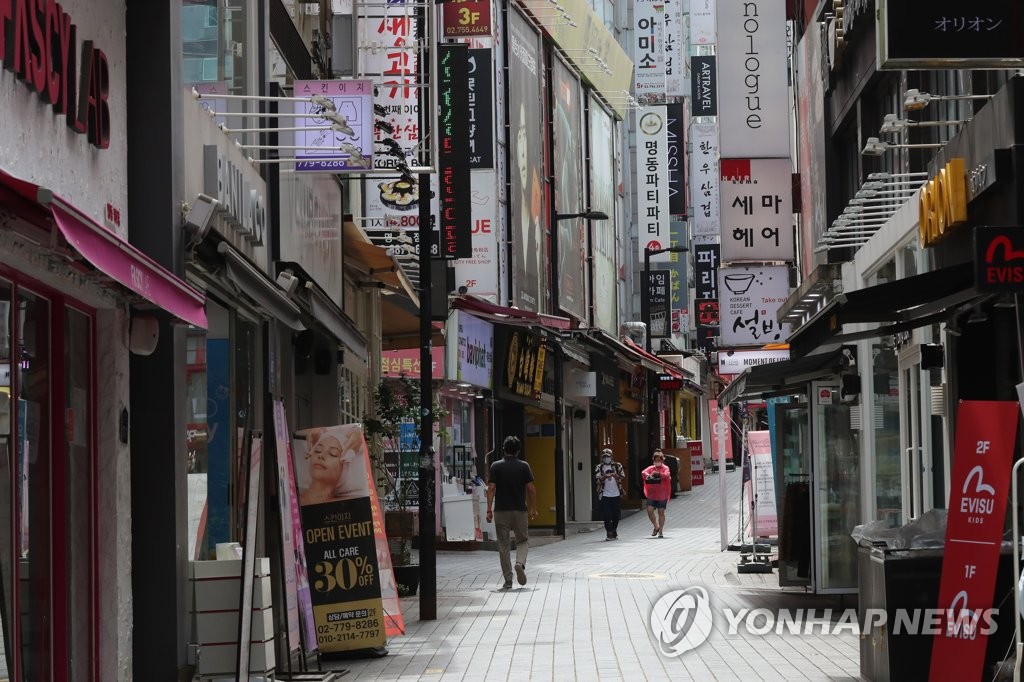