"Optimized for handling data-intensive applications, the 980 PRO is ideal for consumers and professionals who work with 4K and 8K content, and play graphics-heavy games," the South Korean tech giant said.

"All the key components, including the custom Elpis controller, V-NAND and DRAM, are completely designed in-house to deliver the full potential of PCIe 4.0." 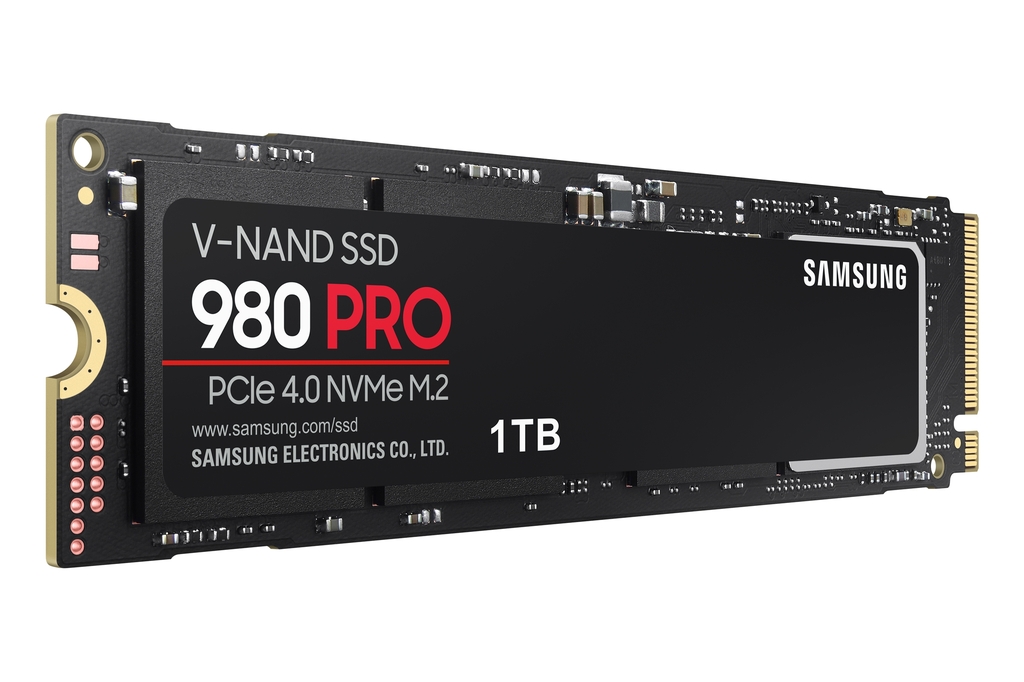 Samsung said the 980 PRO delivers sequential read and write speeds of up to 7,000 megabytes per second (MB/s) and 5,000 MB/s, respectively. It also provides random and read write speeds up to 1,000K input/output operations per second, making the product roughly two times faster than the 970 PRO released in 2018.

The world's top memory chip producer said the 980 PRO also comes with advanced thermal control solutions. It applied a nickel coating on the controller, as well as a heat spreader label on the back side of the SSD. It also utilizes Samsung's Dynamic Thermal Guard technology that supports the drive's temperature to stay at the optimal level.