SEOUL, Sept. 23 (Yonhap) -- Health experts on Wednesday warned of a potential so-called twindemic during winter, and the mishandling of flu vaccines here may exacerbate the coronavirus situation.

The country's virus fight has been widely expected to face hurdles as the winter season approaches, as respiratory viruses, including influenza and COVID-19, have nearly identical symptoms, including a fever and sore throat, which makes it difficult for people to tell which virus they might have without getting tested.

The Korea Disease Control and Prevention Agency (KDCA) earlier also confirmed a case of the overlap of both respiratory illnesses. 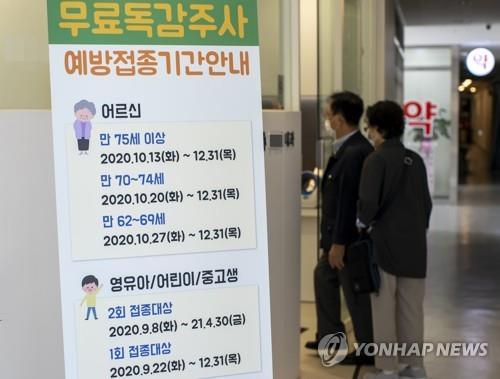 "As it is not easy to differentiate two diseases, people should get tested when they have symptoms," said Park Wan-beom, an infectious disease expert at the Seoul National Hospital.

The government was to provide free flu shots to around 19 million people, or 37 percent of the country's population. Children between six months and 18 years old, pregnant women and those aged 62 years old or above were included.

Adding to woes, however, the KDCA on Tuesday announced that it would temporarily halt its free flu shot program, as some vaccine bottles were mishandled.

The KDCA said some of around 5 million doses of flu vaccines were partially exposed to temperatures outside the storage range.

The KDCA said that if the exposed vaccines pass quality tests, they will be administered to those in the 13-18 age bracket, followed by the older demographic. Those tests, to be run by the Ministry of Food and Drug Safety, will take about two weeks, according to the KDCA.

However, some people are still reluctant to get vaccinated due to concerns over possibly catching the COVID-19 virus while visiting neighborhood clinics. Such hesitancy is set to grow as people's trust over the efficacy of flu vaccines decreases following the storage mishap.

Still, health experts advised people, especially young children, to get vaccinated as early as possible. A flu shot's effectiveness varies depending on factors such as age, in a range from 40 to 60 percent.

The country added 110 more COVID-19 cases as of Wednesday, including 99 local infections, raising the total caseload to 23,216, according to the KDCA. 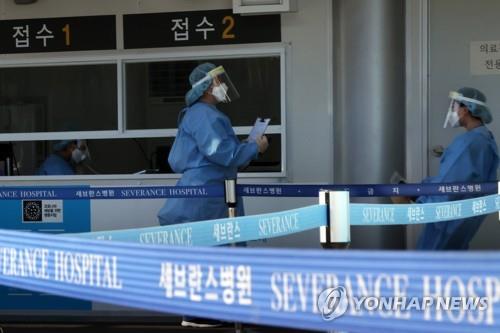