SEOUL, Sept. 23 (Yonhap) -- Now in his second season in South Korea, NC Dinos' right-hander Drew Rucinski feels far more comfortable being around his teammates than a year ago. He also has clearer ideas of what to expect on road trips and how to prepare himself for each start.

And that added level of comfort has had a positive impact on Rucinski's performance on the mound. Of course, it doesn't hurt when you and your team are winning a few games. 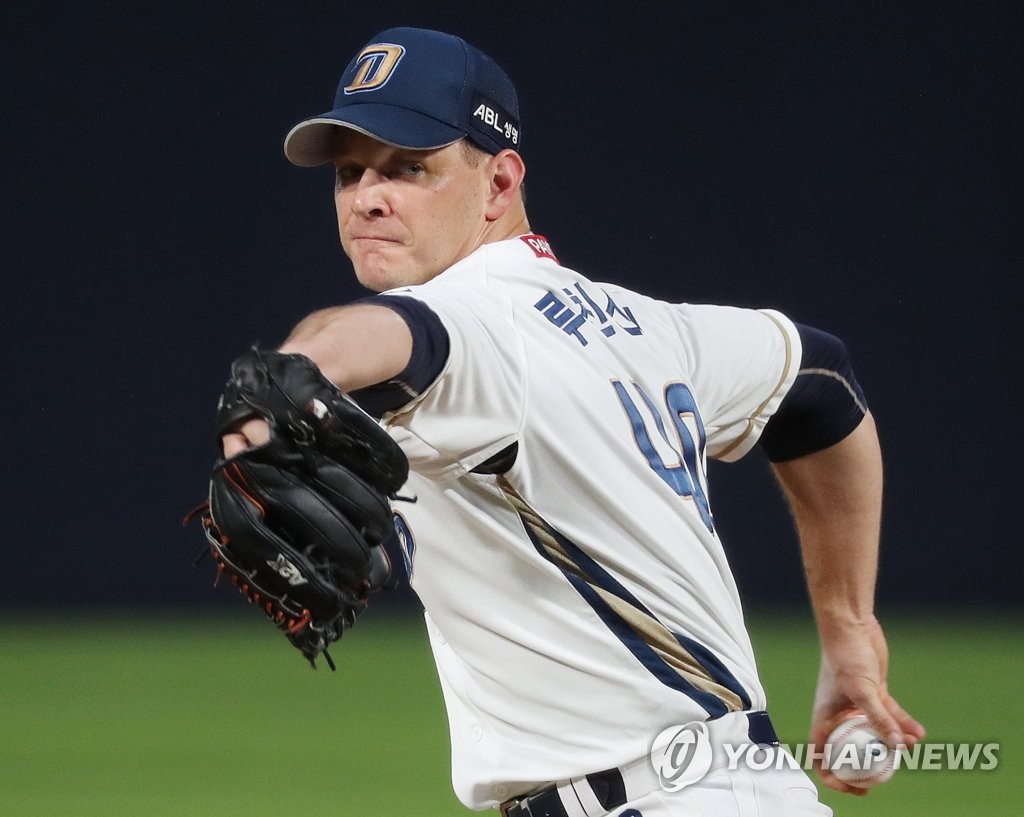 Through Tuesday, Rucinski was leading the Korea Baseball Organization (KBO) with 15 wins. The Dinos have been in first place every day since May 13, the ninth day of the season, and with a record of 66 wins, 42 losses and three ties, they lead the Kiwoom Heroes by 2.5 games with 33 games left.

With Rucinski leading the rotation that's missing a key piece due to an injury, the Dinos are trying to win their first pennant and advance directly to the Korean Series.

"I think it's been a joy to be back here for a second year," Rucinski told Yonhap News Agency in a phone interview Tuesday. "I am just happy to be around the guys every day. We've really been able to build some team chemistry. Everything is easy when you're winning games." 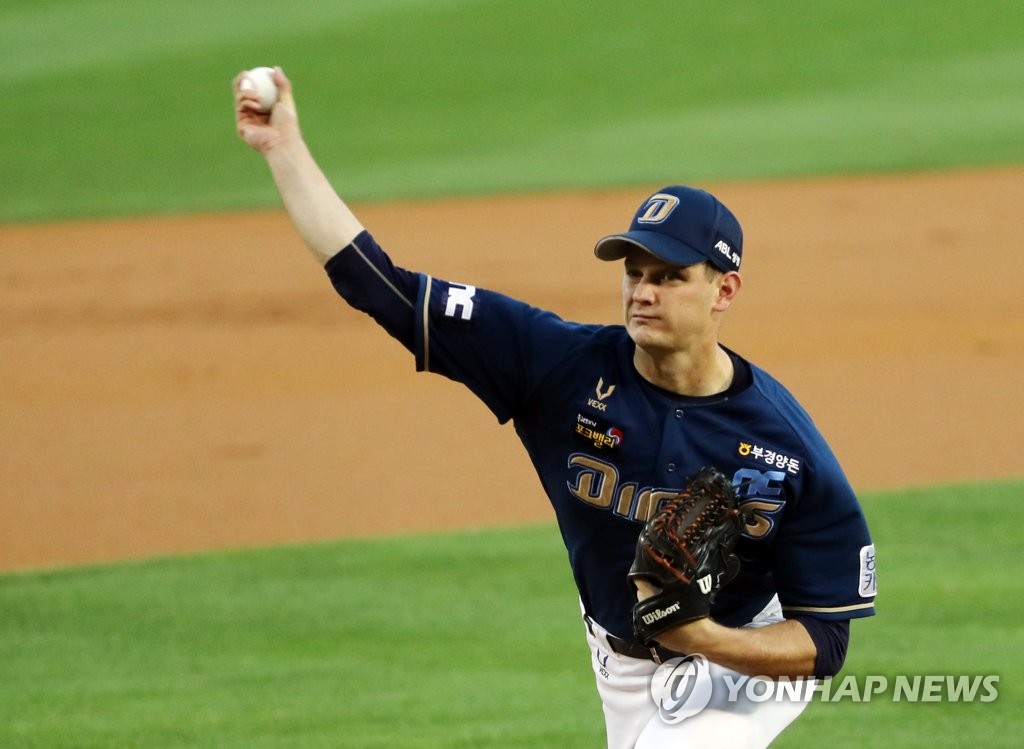 Rucinski went 9-9 with a 3.05 ERA last year in 177 1/3 innings. He's 15-3 with a 3.02 ERA in 143 innings this year. Aside from the win total, most other traditional and peripheral statistics are almost dead even, except for one notable exception. Rucinski struck out 119 last year but has already fanned 128 this year. His strikeout rate -- strikeouts divided by total batters faced -- has jumped over 5 percentage points to 21.4. He's striking out two batters more per nine innings than last year, 8.06 compared with 6.04.

The 31-year-old former big leaguer said he hasn't made any major adjustments coming into his second year: "(I just wanted to) find my routine and develop consistency."

"That's the goal every year, regardless of what hitters I'm facing," he said. "It was, 'Can I consistently throw pitches I want to throw?' Mistakes are going to happen, but (I have to) limit them and figure out how to stay away from the middle of the plate the best I can." 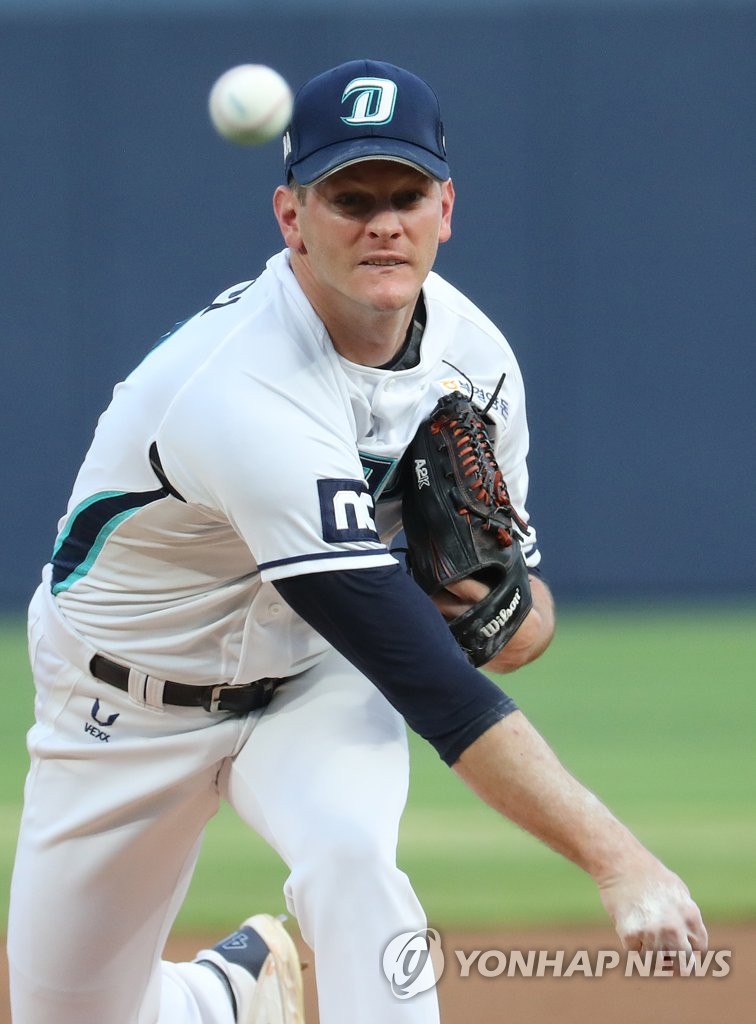 As well as he has pitched, Rucinski also gave credit to his defense for having his back, and also to his catcher Yang Eui-ji, one of the KBO's top game callers behind the dish and among its most dangerous sluggers at the plate.

"He's such a confidence booster for all our pitchers back there," Rucinski said of Yang. "No matter what signs he's putting down, you have confidence. He sets you up for success. He's just incredible back there. His offense is such a huge part of our whole team." 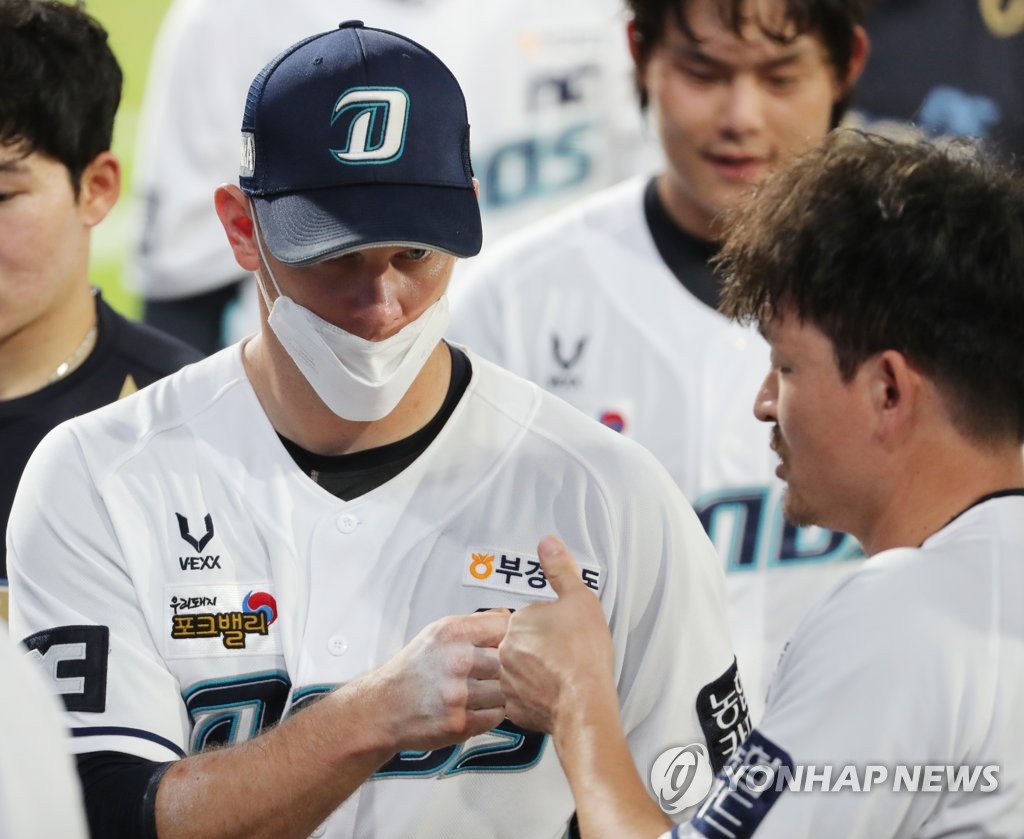 Though the Dinos are still in first place, they likely would have been enjoying a bigger cushion if left-handed ace Koo Chang-mo hadn't missed so much time with an arm injury. Koo hasn't pitched since July 26, as he has been dealing with inflammation and then a fracture in his left forearm. The Dinos have merely been a .500 team during Koo's absence, only able to weather the storm thanks to Rucinski and the other remaining starters.

Rucinski said he and his fellow starters haven't been putting additional pressure on themselves because they were just focusing on doing their job every five or so days.

"Every guy that pitches for us, whether it's the 25th man in the bullpen or the first couple of starters, we're all aces when we go out there," Rucinski said. "Every game is important. We've done a pretty good job of battling through without (Koo)." 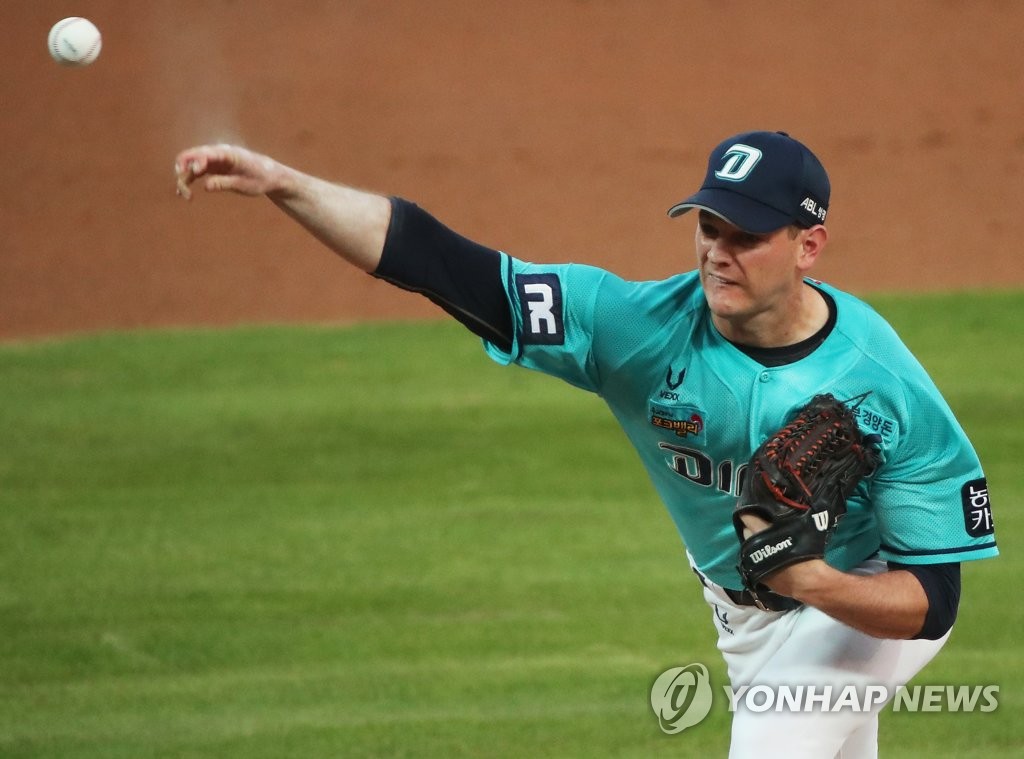 Rucinski has such tunnel vision when it comes to team victories that he doesn't really pay attention to where he stands on pitching leaderboards. He's fifth in ERA with 3.02, sixth in innings pitched with 143 and second with 18 quality starts, referring to an outing with at least six innings pitched and no more than three earned runs allowed.

Rucinski did let on that it'd be nice to top all pitchers in quality starts, though that desire is also tied to the greater team goal.

"If you have a quality start with our offense, we should have an opportunity to win that game," said Rucinski, whose Dinos lead the KBO with 685 runs scored and 143 home runs. "At the end of the day, it's how we find a way to win the game. Having the most wins by the end of the season and being in first place, that's the goal." 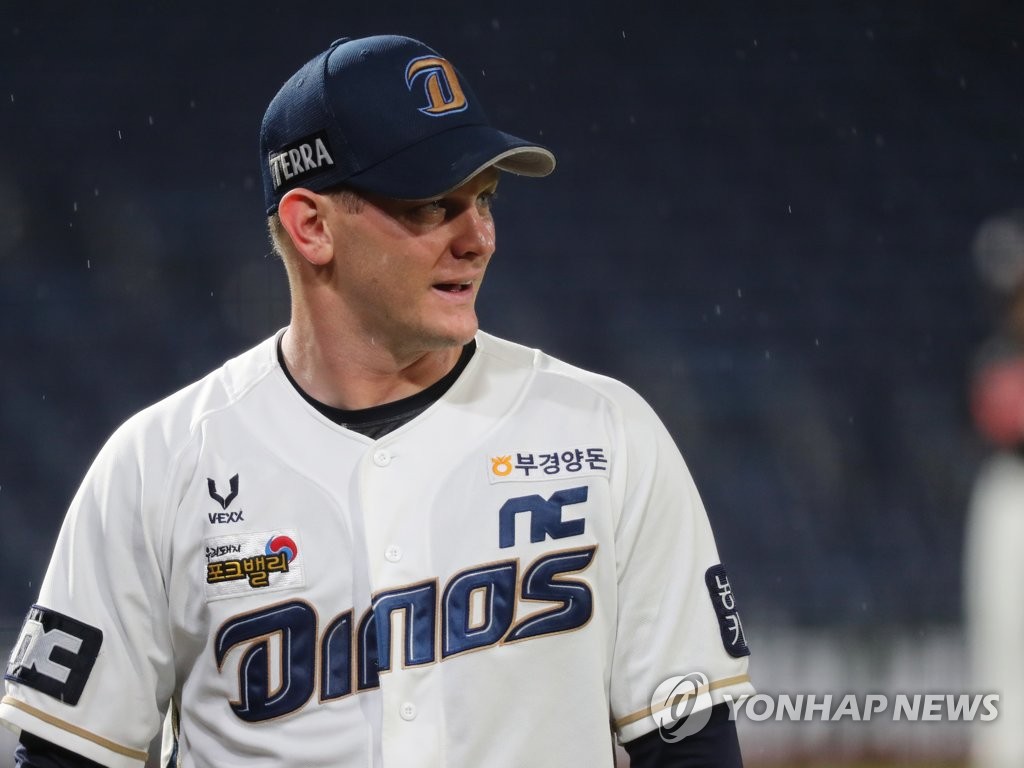