SEOUL, Sept. 23 (Yonhap) -- A South Korean fisheries control official went missing while on duty aboard an inspection boat off the western border island of Yeonpyeong earlier this week, and authorities are looking into intelligence that he could be alive in North Korea, officials said.

The 47-year-old official affiliated with the Ministry of Oceans and Fisheries disappeared from the 500-ton boat before noon Monday when it was patrolling around 10 kilometers south of the Northern Limit Line (NLL), the de facto inter-Korean maritime border.

Colleagues only found his shoes on the vessel and reported his disappearance to the Coast Guard, prompting an intensive search operation involving about 20 vessels and aircraft.

"According to our military intelligence, he was found in North Korean waters late Tuesday, and we are looking into details," the ministry said in a statement. "We will take necessary steps, including investigating how he went missing and checking related facts with North Korea."

It was not immediately known if he was found alive or not, but military sources said there is a chance he is alive.

"We leave open all possibilities about how he was there. It is expected to take a few more days to figure out exactly what happened to him," a military source said.

Weather conditions were favorable at that time, and several other Coast Guard and naval ships were also carrying out patrols nearby, as it is the peak crab-catching season, he added.

The ministry did not elaborate as to how it would communicate with North Korea. The inter-Korean military hotlines, as well as the liaison line between the two Koreas, were severed in June after Pyongyang vowed to "completely" close those communication channels in anger over propaganda leaflets sent from the South.

The U.S.-led United Nations Command (UNC) has a hotline with the North Korean military. Though the command earlier said it uses the line twice per day to check for communication, it refused to confirm if the hotline is still in normal operation unaffected by the inter-Korean incident in June.

An official of the unification ministry handling inter-Korean affairs said it will consider taking necessary measures while closely watching relevant situations, including the outcome of the ongoing investigation. 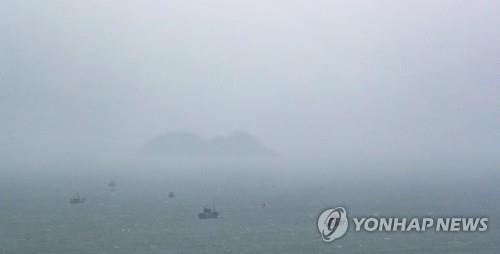