SEOUL, Sept. 23 (Yonhap) -- President Moon Jae-in said Wednesday it is meaningful for the National Assembly to have passed another supplementary budget bill in less than two weeks after the government submitted it.

"It's meaningful that the National Assembly has passed the supplementary budget bill in the shortest time via a compromise between the ruling and opposition parties," Moon said, according to Cheong Wa Dae spokesman Kang Min-seok.

The previous day, lawmakers approved the government's plan for the fourth extra budget of this year in response to the economic fallout of the COVID-19 pandemic. The budget, worth 7.8 trillion won (US$6.72 billion), is meant mainly to help struggling small merchants and low-income households. The bill was forwarded to the parliament on Sept. 11. 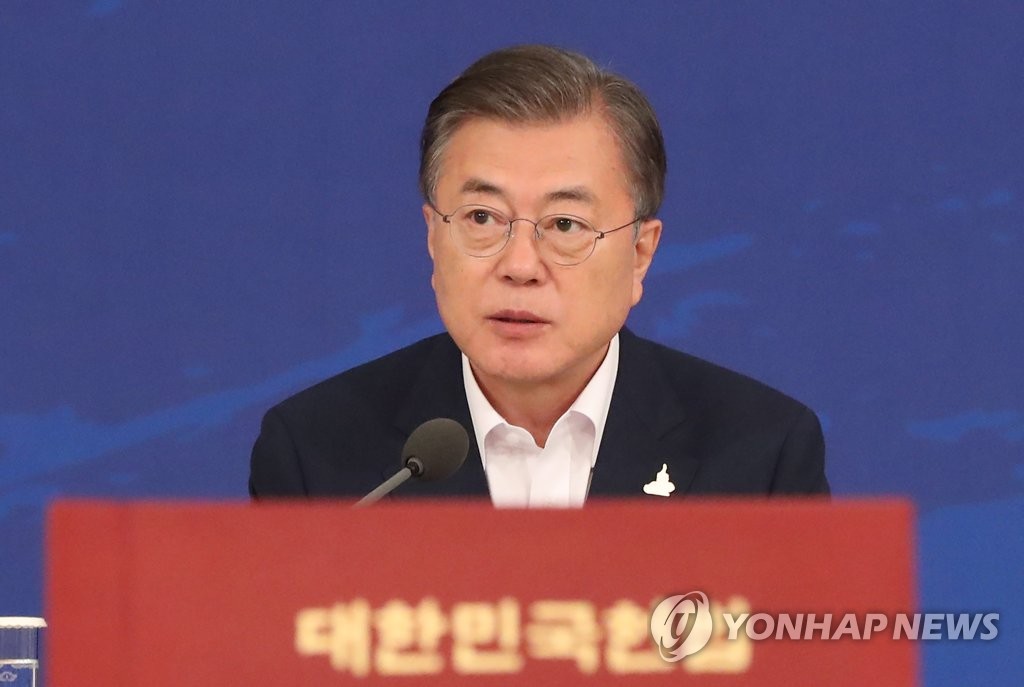 It is the first time in 59 years that South Korea has earmarked four batches of extra budget in a single fiscal year.

Such a speedy passage of a relevant bill, which often triggers fierce political debates, is also unprecedented in the nation.

Moon said it is "fortunate" that the government has become able to provide many people with the planned relief money ahead of the Chuseok holiday that starts next week.

Moon voiced hope that the parliament will continue "politics of cooperation," Kang added.

He quoted the president as emphasizing that his administration will "break the formula that a crisis deepens inequality."