Moon and his aides do not expect it to be achieved immediately, as they prepare for the future "with patience," a Cheong Wa Dae official told reporters with regard to the president's latest United Nations speech.

In his video speech at the 75th session of U.N. General Assembly this week, Moon called for the end-of-war declaration, saying it would open the door to complete denuclearization and lasting peace on the peninsula.

His call for the declaration was not new. He put forward the idea during his U.N. speech two years earlier.

On the reason why Moon reiterated the offer during this year's U.N. address, the Cheong Wa Dae official pointed out the prolonged stalemate in the peace drive. Denuclearization talks and inter-Korean exchanges have virtually come to a halt.

Moon delivered the message in order to help break the deadlock and get a "second or minute hand on the clock" for peace moving, according to the official who spoke on the customary condition of anonymity.

A political leader's speech represents the expression of his or her "commitment and faith," he said. 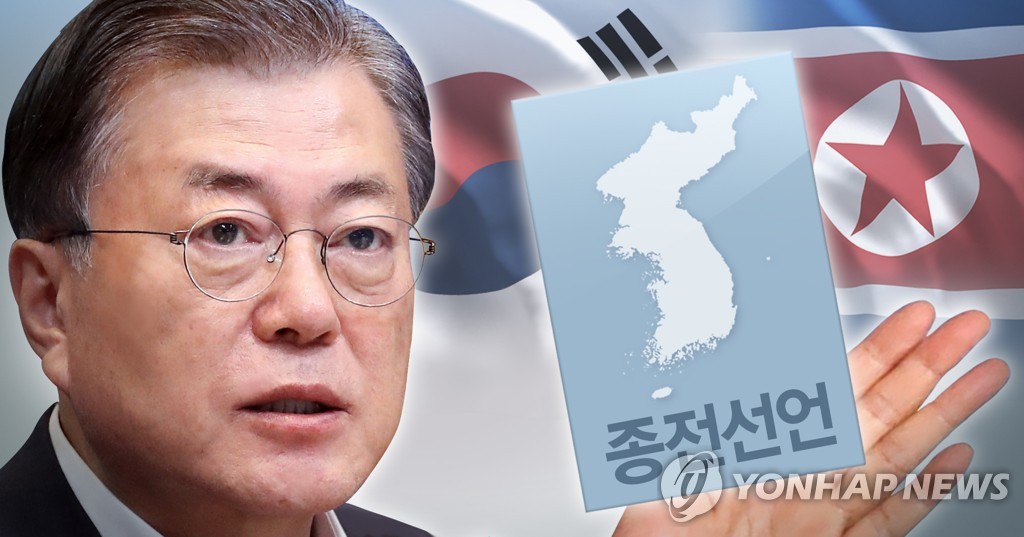 The Moon administration's basic position is that the armistice, signed in 1953, should be replaced by a peace treaty to enter the path of permanent peace through the end-of-war declaration, he added.

On a news report that Moon will likely have his first phone conversation with Japan's new prime minister, Yoshihide Suga, on Thursday, the official said it's "hard to confirm" in public whether it's true or not, citing related protocol and practices.