SEOUL, Sept. 23 (Yonhap) -- President Moon Jae-in said Wednesday South Korea's military should continue to play a "safety pin" role, based on strong defense power, to prevent the recurrence of a war throughout the tumultuous peace journey.

The president stressed that the military "should play the role of a safety pin" so that the peninsula won't revert to a war, as there could be progress, regression, suspension or even an apparent dead end at times in peace efforts, according to Cheong Wa Dae spokesman Kang Min-seok.

"So far, our military has done the role well," Moon was quoted as saying. 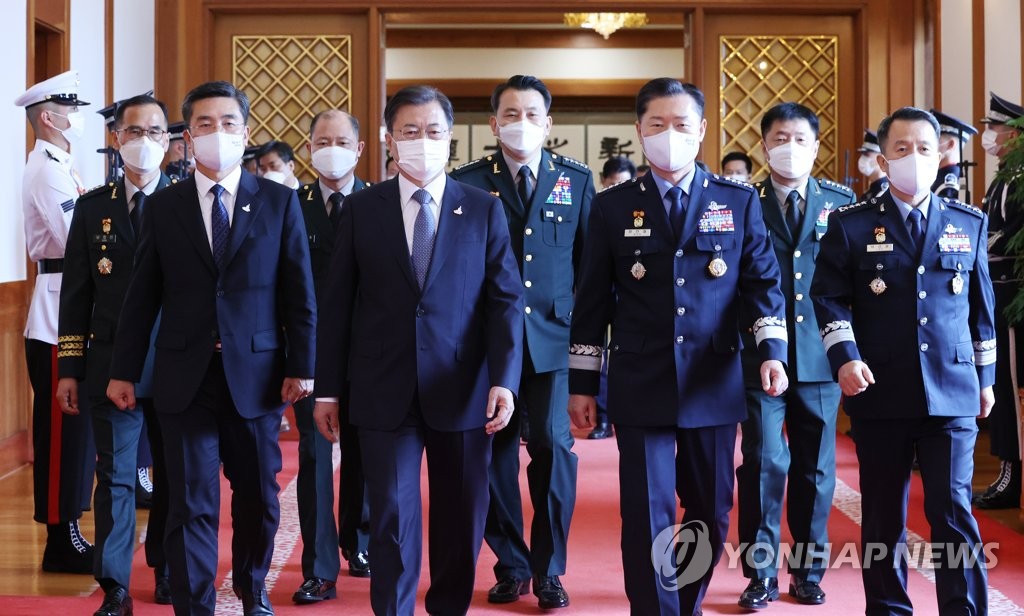 He also presented a three-point key strategy for the nation's armed forces -- introducing new technologies and equipment for the fourth industrial revolution era, keeping the South Korea-U.S. alliance robust and regaining wartime operational control (OPCON) in respect of the alliance.

In his United Nations speech delivered remotely earlier on the day, Moon proposed declaring a formal end to the Korean War that ended in 1953 in an armistice, not a peace treaty, as a starting point for complete denuclearization and a permanent peace regime.

His repeated offer of the end-of-war-declaration was aimed at putting fresh vigor into the long-stalled Korea peace process, Cheong Wa Dae officials said.