Three major multiplex chains, CGV, Lotte Cinema and Megabox, conducted a joint poll on 1,746 people who went to cinemas from Sept. 12-13, asking whether they feel anxious in a closed theater during the COVID-19 pandemic.

Eighteen percent, or 321 people, said they had fears about coronavirus infections before seeing a film. But the percentage dropped to 8 percent, or 143 people, after they watched movies.

They cited that 77 percent of the surveyed people said local multiplexes have been complying well with distancing requirements.
There have been no infection cases related to movie theaters in South Korea, though a few COVID-19 patients have visited cinemas.

The film industry has been hit hard by the novel coronavirus pandemic since February this year.

Total admissions were on a rise in the summer peak season, but the upturn was dragged down by a recent surge in new virus cases starting in mid-August. 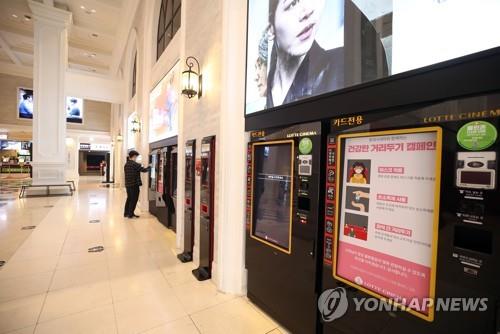