In phone talks with Suga, Moon pointed out that it is true that there are different positions between the two sides on the forced labor issue.

Moon expressed hope that Seoul and Tokyo will explore an "optimum" solution that can be accepted by their governments and all other parties involved, according to Cheong Wa Dae spokesman Kang Min-seok.

It marked their first talks since Suga took over from Shinzo Abe, who resigned for health reasons, last week. 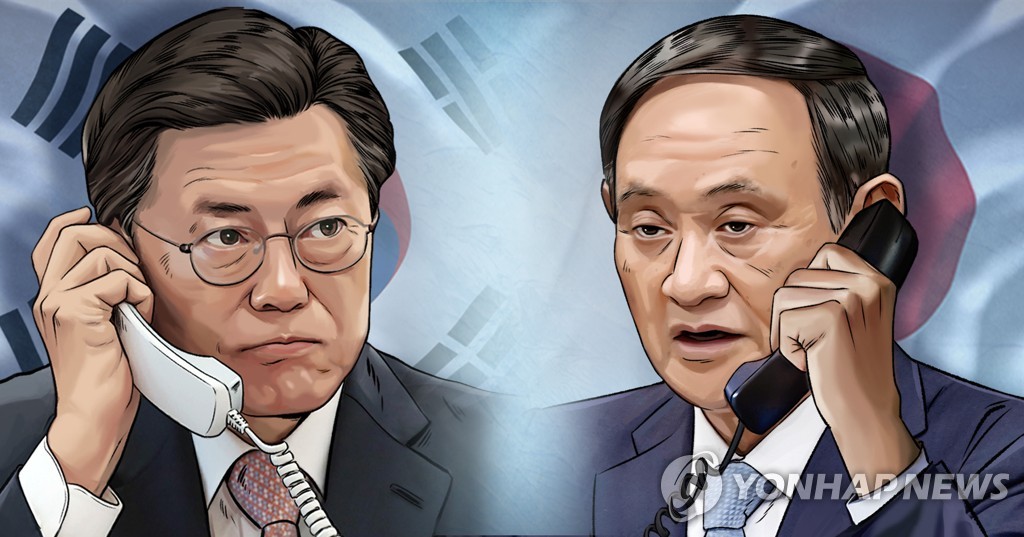