Moon noted there are different positions between the two sides on the issue of South Korean victims of Japan's forced labor during World War II. He then expressed hope that Seoul and Tokyo will explore an "optimum" solution that can be accepted by their governments and all other parties concerned, according to Cheong Wa Dae spokesman Kang Min-seok. 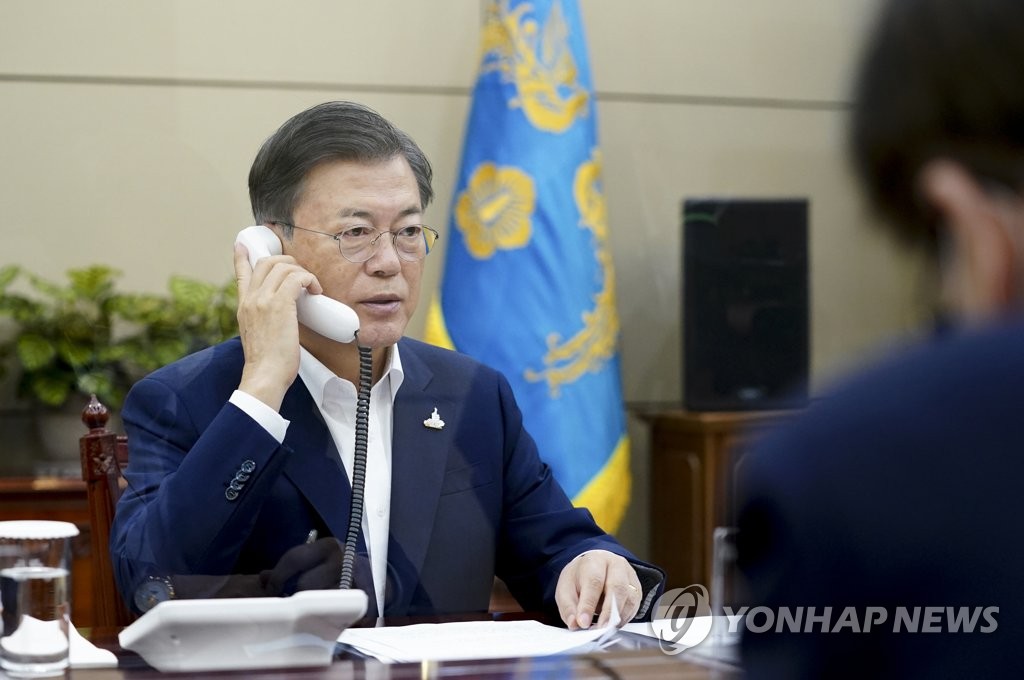 Many Koreans were forced to toil at Japanese factories and mines during the war, when Korea was under its brutal colonization.

Japan argues that all reparation-related issues were settled in a 1965 state-to-state accord on normalizing bilateral diplomatic ties.

But South Korea's Supreme Court ruled in 2018 that the individual rights to compensation remain valid. The Moon administration stated that it respects the judiciary's position.

Moon suggested they accelerate "communication efforts" to resolve pending issues "with a new mindset" on the occasion of Suga's inauguration as Japan's prime minister, Kang said.

Suga agreed to "encourage" dialogue efforts to that end during the conversation that lasted 20 minutes, he added.

Moon said South Korea and Japan are not only the closest friends sharing basic values and strategic interests but also partners in creating peace and prosperity in Northeast Asia and the world.

Moon wished Japan a successful hosting of the Tokyo Olympic Games next year after the coronavirus condition is stabilized at an early date.

Suga said he hopes for the establishment of bilateral ties in a "forward-looking" way together with Moon.

The two also agreed to work together to overcome the COVID-19 crisis and cooperate more closely on the Korea peace process.

Suga thanked Moon for Seoul's support for Tokyo's campaign to resolve the issue of Japanese nationals abducted by North Korea decades ago and requested its continued support. Moon agreed to do so.

It marked their first talks since Suga took over from Shinzo Abe, who resigned for health reasons. 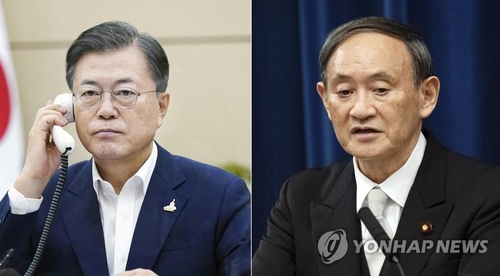 In Tokyo, Suga had his own press briefing on his talks with Moon.

The prime minister said, "I told President Moon that we should not leave our relations where they are now."

He told reporters that his government would continue to "strongly urge South Korea to take appropriate action" to address the problem.

On North Korea, Suga stressed that Japan's partnerships with South Korea and the United States are crucial.

He reportedly plans to talk on the phone with Chinese President Xi Jinping on Friday.
(END)