Senior students have been boycotting the state licensing exam, which took place earlier this month, urging the government to withdraw its plan to increase admission quotas at medical schools. 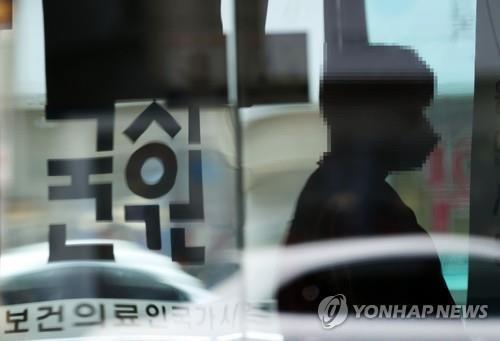 Fourth-year students from a total of 40 medical schools across the country said they intend to take the exam.

It is, however, unclear whether they will be able to take the test as health authorities earlier said they will not allow medical students to retake the medical licensing exam.

They said public opinion is still overwhelmingly negative toward giving an extra chance to students who had withdrawn their applications.

As trainee doctors returned to work after weeks of a strike over the government's policy earlier this month, the medical students' collective action has served as a lingering source of tension between the government and the medical sector over the proposed reform plan.

Doctors and the government have been at odds over whether to give senior medical students another opportunity to take the licensing exam.

Doctors insisted students be allowed to take the test even if they did not register before the deadline, while the government has rejected such a step.

The government's plan to expand the number of medical students by 4,000 over the next 10 years and open a new public medical school sparked tensions within the medical sector.

Thousands of trainee doctors staged a strike for 18 days starting in mid-August over the policy.

A group of doctors and the ruling party agreed in early September to end a nationwide walkout on concerns that the prolonged collective action could disrupt the health care system amid the new coronavirus outbreak.

In response to the deal, the government backed down and promised to suspend the medical reform plan in early September.