In a statement, Suh Choo-suk, deputy director of the national security office, said the North Korean military's fatal shooting of the South Korean "with no weapon and no intention to resist" and damaging his body cannot be justified for any reason.

It's an "act against international norms and humanitarianism" and the North should apologize for the "inhumane" act and take clear measures to prevent the recurrence of such an incident, Suh stressed.

He urged the North to reveal the full truth behind the case and punish those who are responsible. 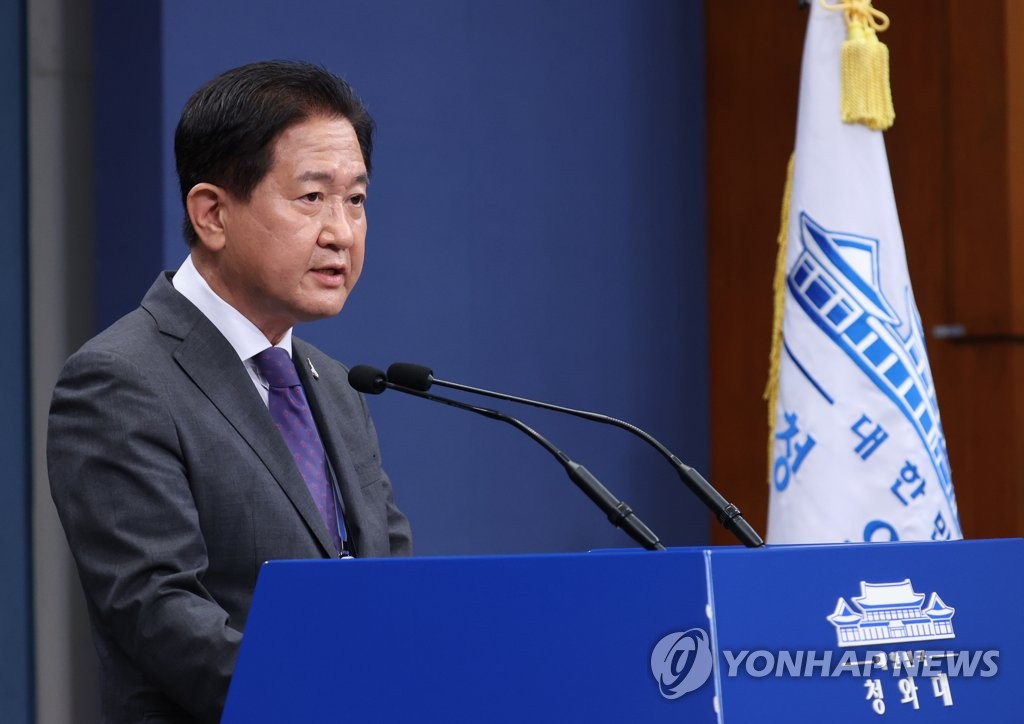 Suh, who doubles as chief of the secretariat of the National Security Council (NSC), said the government will strengthen the defense posture in inter-Korean border areas and take every necessary measure for the security of South Korean people.

He warned that the government will respond resolutely to any North Korean act that threatens lives and security.

He delivered the government's message of deep condolences for the victim.

The statement was issued right after the South's top national security officials had their weekly meeting of the NSC standing committee.

Earlier in the day, South Korea's military announced that the 47-year-old South Korean man was found to have been shot dead by North Korea after he was reported missing Monday from a South Korean fisheries patrol boat operating near the western sea border. It said the North had burned his body.

The North has reportedly tightened its border control due to concerns about the new coronavirus with "shoot-to-kill" orders in place against unauthorized arrivals.

President Moon Jae-in received the first briefing on the incident at around 8:30 a.m. Wednesday, another Cheong Wa Dae official told reporters on background.

The president was quoted as instructing the government to find "exact facts," including a confirmation through the North, and "make them public as they are."

Moon said if the intelligence turns out to be true, it's an issue, by which the public would be infuriated, according to the official who spoke on the customary condition of anonymity.

Regarding the belated report to the president, the official said the first relevant intelligence was acquired at around 10:30 p.m. Tuesday and a meeting of related ministers was convened immediately to analyze its reliability.

In the first stage, it was hard to regard the intelligence as reliable, he added. 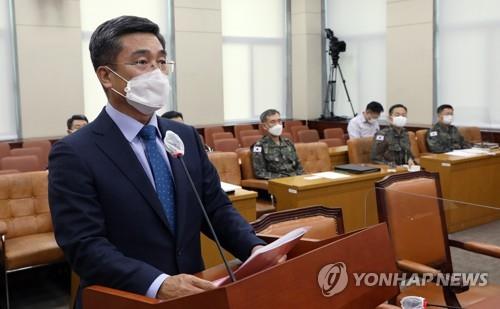 "I denounce North Korea for committing infuriating brutality on an unarmed national of South Korea and call for an explanation and punishment for those who are responsible," the minister said.

He also expressed regrets over the "tragedy" and pledged efforts to prevent a recurrence.